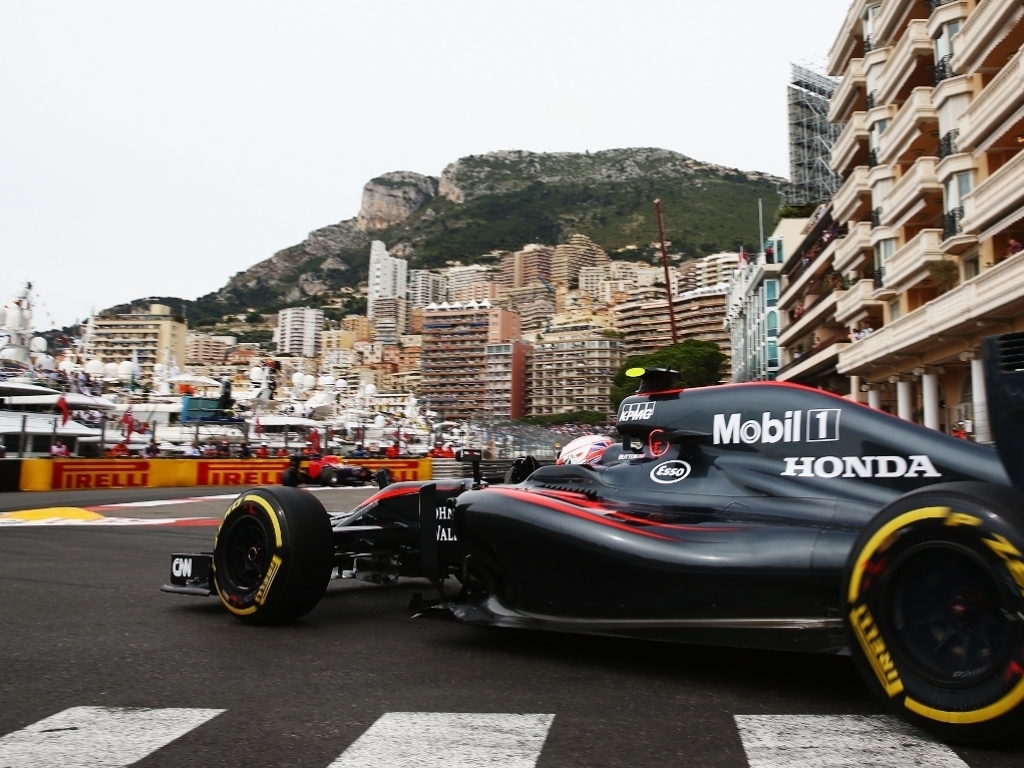 Force India
Sergio Perez: "I’m very happy right now. As a team we’ve done a fantastic job all weekend and seventh place is the result of all this hard work. For me it was a normal race – very straightforward and quiet, which is strange for Monaco. I was racing on my own for most of the race because the cars ahead were able to pull a gap on me and I had space to the cars behind. It was difficult to keep concentration for 78 laps, but after the safety car I was on fresh supersoft tyres and it was really good fun. I was able to attack Kimi [Raikkonen], but there wasn’t an opportunity to get the position. It’s a very important result for the whole team and gives us six points for the championship. It means I’ve scored points in half the races this season, which shows we’ve done a good job of maximising our opportunities."

Nico Hulkenberg: "My race was obviously very difficult right from the start: Fernando [Alonso] more or less pushed me into the wall on the first lap and from that moment I basically had to play catch up. I knew he was there so I left him a bit more space and turned in later, but he must have locked up as he crashed into me and sent me straight into the wall. The only damage was to the front wing, but getting back to the pits and changing the wing cost me a lot of time. My race was already compromised then – it is not easy to race from so far back because you have to let the leaders through and you're on the back foot the whole time. In terms of pace I was doing quite well, especially when in clean air, but obviously getting lapped costs you a lot of time. It is a shame as I feel that without the incident I would have been well into the points today. I still take encouragement from our pace and hopefully we can maximise the next weekend in Canada and get some more points."

McLaren
Jenson Button: "It's been a positive day for us. We were hoping to score a point today, and we scored four. I certainly didn’t expect to finish eighth. At the start I lost a position to Nico [Hulkenberg], but got it back by going around the outside of him at Turn Three on the first lap, which was good fun. Once I got past Pastor [Maldonado], my race was basically about turning quali lap after quali lap: it was flat-out. That was tough – in fact it was pretty physical out there – but I really enjoyed it. I’m really happy for the team – we’ve worked hard to get into this position, and they deserve this. We have work to do, but this is a hugely positive step for us."

Fernando Alonso: "At the start, I don't think I deserved the penalty [for the incident with Hulkenberg]. At that particular moment, I don't know what else I could have done. Most significantly, it’s a pity we couldn’t finish the race today. The car started to upshift in a really strange way on the lap before I stopped; then, on the first corner, I had no braking. The car stayed in neutral and I couldn’t put it in gear. That’s frustrating because we could have had both cars in the point for the first time this season. We need to keep improving the car to ensure these sorts of things don’t happen again. Still, having these problems this year is good, because it means we won’t repeat them next year."

Sauber
Felipe Nasr: "It was a great race, and I am happy to have scored points again. It is an amazing feeling being rewarded after such a difficult weekend. It was an exhausting race, as I did my best to extract the most out of the car. The team did a very good job by choosing the correct strategy and calling me in for the pit stops at the right times. The points are for everyone in the team."

Marcus Ericsson: "Finishing 13th is disappointing, but starting from 17th we knew that it was going to be a difficult race. We need to analyse the data to get a better understanding. Then we can learn from it and do better next time. In general the balance of the car felt good, and I think at some points during the race the pace was quite strong."