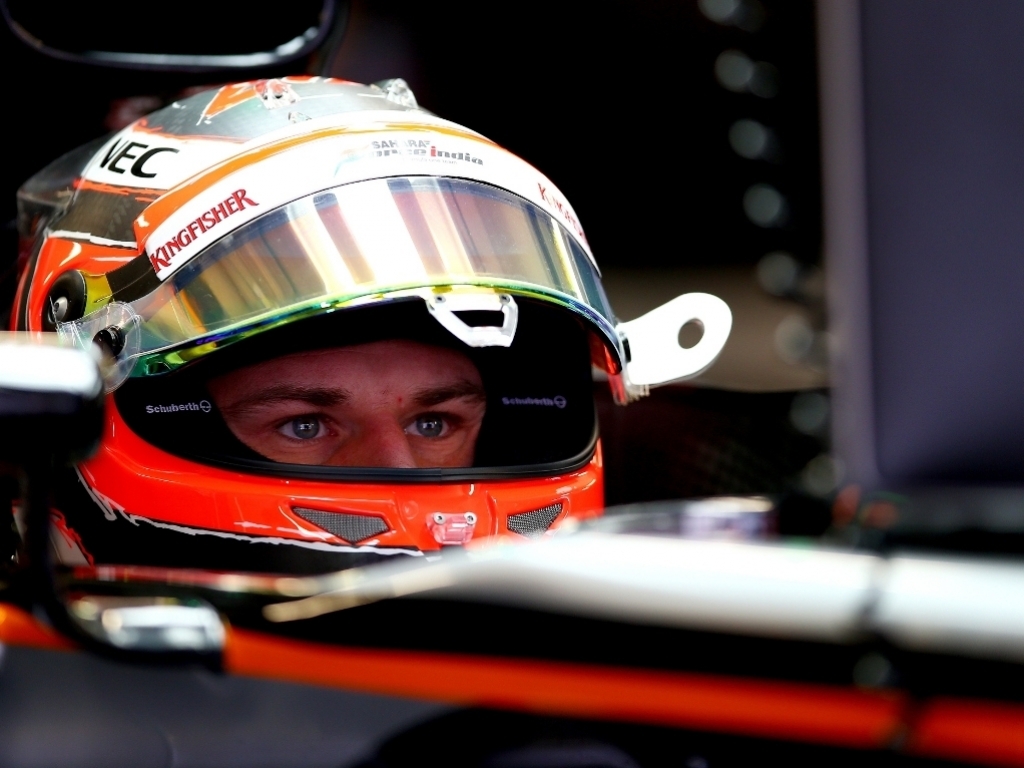 Force India secure fifth place in the Constructors’ standings on the back of Nico Hulkenberg’s P6 at Interlagos.

Force India
Nico Hulkenberg: “I’m very happy with sixth place and with scoring the points that helped the team secure fifth place in the championship, which is great news. It’s the best result in our history and shows the progress we have made over the years. This fifth place is a result of all the hard work from everybody in the team and we should feel very proud of what we have achieved together. The race today was fun, although I didn’t have the best start and got some wheel spin, which dropped me behind Bottas and Kvyat. Fortunately I was able to get one of those places back with an aggressive early pit stop, but that forced me to do two very long stints on the medium tyres, which was the main challenge of the day. We made it work, though, managing the tyres and delivering the two-stop strategy. I’m now looking forward to Abu Dhabi and ending the season on another high note.”

Sergio Perez: “It hasn’t been the best of weekends for me. I have struggled to feel comfortable with the car from the start and I feel I didn’t go in the right direction with the set-up yesterday. Today was more or less the same so we will need to go back and analyse all the data from the weekend to address the issues before we arrive in Abu Dhabi. Today’s result, however, should take nothing away from what has been a great championship so far. The team has now finished fifth, so there are a lot of positives to celebrate. I am proud of what we achieved together this season and I am looking forward to aiming even higher in the future.”

Red Bull
Daniil Kvyat: “Today we extracted pretty much the maximum out of what we could have done. Unfortunately we got undercut by Force India at the first pit stop which compromised our race a bit. After that I was following Hulkenberg all the time and it was quite hard to find a place to overtake. We were stuck behind him trying to attack but they were controlling us in a straight line so it wasn’t easy, I got in DRS range a couple of times but it didn’t really help. Anyway we have to be happy with those 6 points at this track. All in all we had a very controlled qualifying yesterday and a controlled race today, so it couldn’t have been much better.”

Daniel Ricciardo: “In the first few laps we made up some positions and did what we could and then we went for an aggressive first stop. When we put the primes on, we didn’t really have the tyre life we thought we would so we still had to do a three stop race, running at a pretty similar pace to the cars around us. Parts of the race were a little bit boring, although I had a nice battle with Sergio for a few laps, which was encouraging. I had to get around him twice and that kept me excited for a while. Clearly my grid penalty didn’t help today, but Abu Dhabi’s next and that has always been a good circuit for us. I enjoy it a lot so for the last race of the season we’ll hopefully finish strong and in the points.”

Toro Rosso
Max Verstappen:“It was a very enjoyable race! Of course, you always want to score more points, but we have to be realistic and a P10 was the maximum we could do today. On the straights we were slow and it’s very difficult to defend position with a Lotus or a Force India unfortunately, but to add another point is always good. I enjoyed it out there this afternoon – I managed to do some good overtakes, especially at Turn 1! There were some good battles, I was attacking but behind they were also doing the same to me, so I had no rest but it was good fun! I’m happy to finish in the top ten once again.”

Carlos Sainz: “How frustrating not to even be able to start the race! I went to do the first practice start on the way to the grid but the engine suddenly turned off. I was pushed back to the garage and started the race from the pit-lane, but as soon as I left the engine stopped… It’s a shame, because I was really looking forward to racing here! It’s definitely not the ideal situation for a rookie like me, as I need to gain experience and finish races, but now we just need to look forward, there’s one race left in Abu Dhabi in two weeks and we will give it our all to try and end the season on a high.”