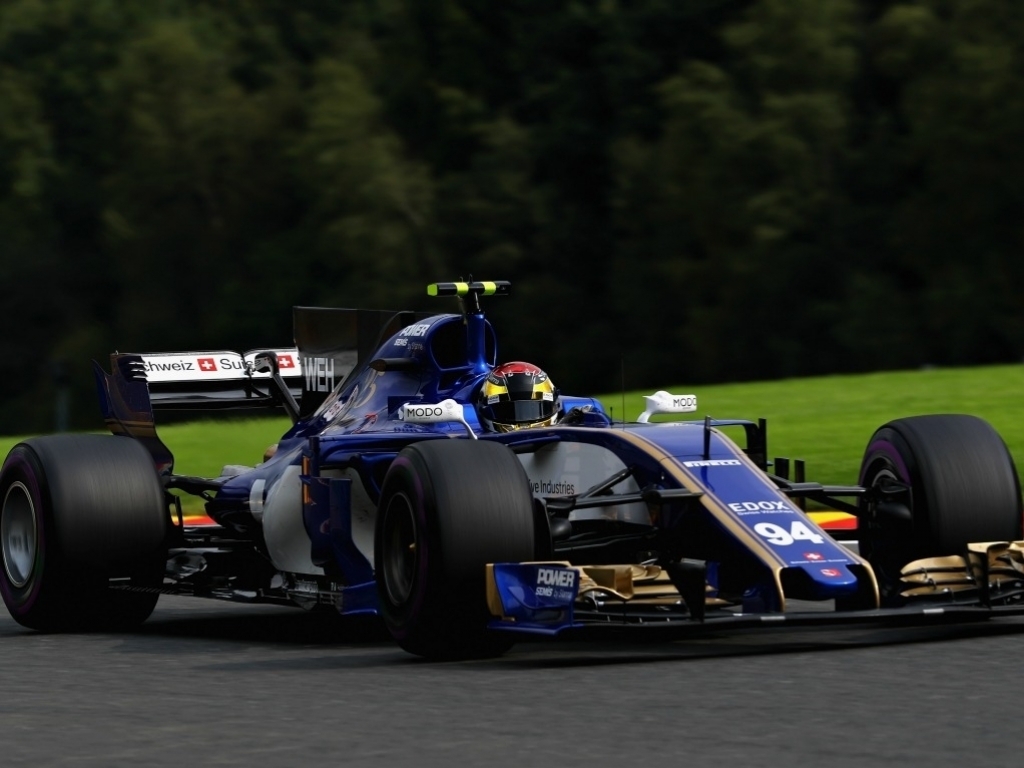 Esteban Ocon: “On lap one there was a very close moment with my teammate going into Eau Rouge. I can accept this because it was the start of the race and we were three wide, even though I got squeezed into the wall. The second contact with Sergio was too much. He squeezed me towards the wall again, made contact with my front wing, and risked both our races for no reason. It has cost the team points and it’s difficult for me to understand why he was so aggressive. I will take the time to speak to him alone and share my point of view. It’s a shame because we were in a strong position with a competitive car and we should have scored even more points from this race.”

Sergio Perez: “I am very disappointed with how the race went, especially because this was a track on which we should have scored a lot of points. Two clashes with Esteban unfortunately took away our chances and ruined the race for the team. I apologise for the incident at the start, which was totally my fault. I didn’t select the start mode and I was down on power going down the hill. I was battling with Nico [Hulkenberg] and I thought I had a good margin on all the others. I moved to the right without checking my mirrors and didn’t see Esteban was there. In the second case, I think he was a bit too optimistic because there was just no room to make a move. I was covering my line and I expected him to attack after Eau Rouge – he had the whole straight to overtake me. I think we both misjudged the situation and we ruined the race for the team. After that, my car was too damaged to drive. It was a very particular situation and we have to review the incident. There’s very little to say, it was not my best race today. We need to talk about what happened and then move forward as a team to avoid losing more points.”

Carlos Sainz: "A fun race full of great battles! I enjoyed it a lot out there today and it's great to end up scoring a point that we were not expecting to get this weekend! On Friday we had really good pace, but after yesterday's qualifying we were not so sure we could achieve this today. We went for an alternative strategy after a difficult start – I lost a couple of places due to a bit of traffic into Turn 1 – and from then onwards we managed to do a good recovery. There was a lot of action going on throughout the whole race and, as a team, we did the right things at the right time. Today's point is a big reward – it tastes like glory! – and I leave Belgium satisfied with the result!"

Daniil Kvyat: "A good recovery today, taking into account that I started the race from the very back. It was a tough race, jumping into the car in race conditions without having done much running during the weekend… But I managed well and enjoyed some good battles. Every time I was in clean air I had great pace but then got stuck behind other cars in wrong moments, especially during the second half of the race, after the first pit-stop. All in all, it's good to finish the race after the difficult weekend we've had. We will now start to prepare for Monza – we're not expecting it to be our strongest track, but you never know what can happen and we will try our best to have a clean weekend and get a good result."

Stoffel Vandoorne: “It was a difficult race for us today. We had a good start, but from there on it was a pretty frustrating race. From the position we were starting in too, it was always going to be tricky, especially as I felt that our car was reasonably good and the pace was there to progress, but we were just a sitting duck on the straights. It meant we had no chance to overtake anyone, and no chance to defend from the other guys behind us. It was more or less the maximum we could do today. We got to the flag and that’s probably the only positive. We always knew it was going to be tough, and today showed that.”

Fernando Alonso: “In general, it’s been a good weekend. We played a good team game in qualifying, we had a great start – taking the outside lane was the right decision – and we were seventh after the first lap. It was fun for the first three or four laps! Then we tried to defend our position, but in the middle of the straights some cars passed us without even activating the DRS. For sure, is not easy to race like this, as you cannot have any good wheel-to-wheel battles. It was a difficult afternoon and we were not competitive in race trim. The car was too slow on the straights and it was impossible to have any battles out there, so points were also impossible today. Eventually, we had to stop due to an engine issue. The situation is what it is and we need to improve it as soon as we can. I know the team is working day and night improving the car, and we hope we can see the results soon."

Marcus Ericsson: “Going into this race we knew that we would not be very competitive. There were some good parts for us, especially in the middle sector. However, the lack of straight-line speed in the first and last sectors made it a difficult race overall for us. Although the track in Monza will be similarly challenging in terms of the power unit demands we are going to do our best there to fight for the best possible result.”

Pascal Wehrlein: “This weekend was a difficult one for me. We had an issue with the suspension on my car so, unfortunately, I had to retire from the race. I am now focusing on the next race and looking forward to having a new opportunity for a better result at Monza.”