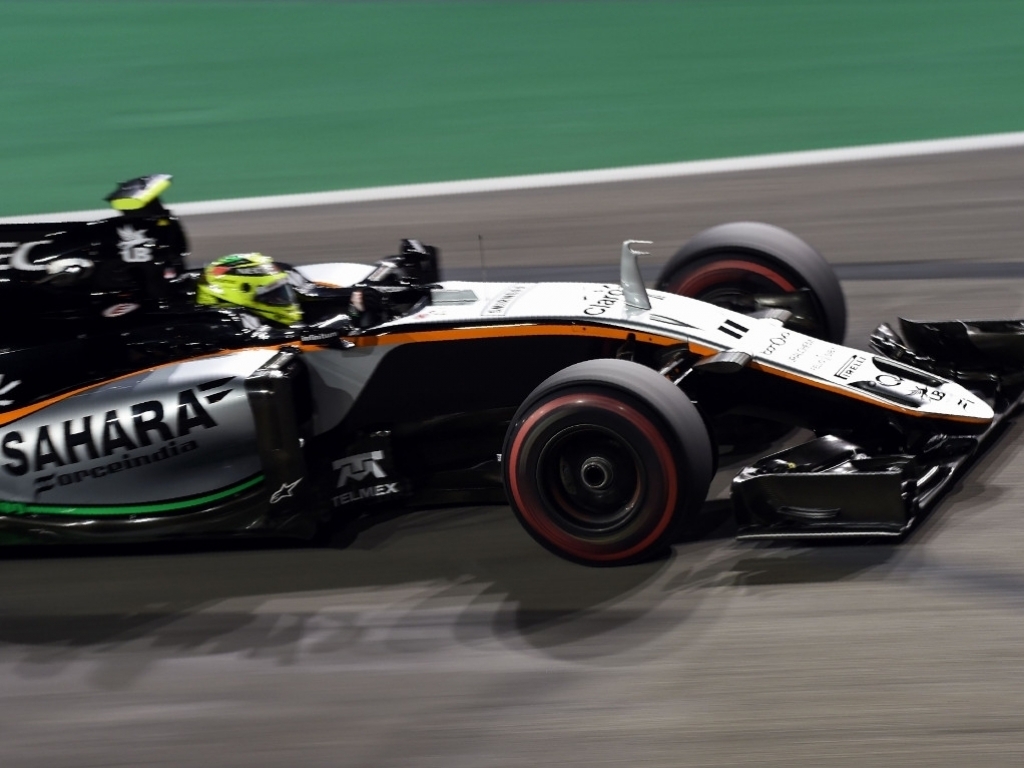 In the battle for fourth on the Constructors' Championship, both Force India drivers managed to beat Williams' Valtteri Bottas and Felipe Massa in Japan.

Force India:
Sergio Perez: “I enjoyed myself today and I feel we made all the right decisions during the race. The start was good fun – I had a clean run going into turn one and ended up in third place. I tried my best to hold on to the position, but I knew it would be difficult to keep some very quick cars behind me so I needed to be sensible and choose my battles. Our car was very quick today and the two-stop strategy was definitely the correct one for us. It meant we needed to overtake the Williams cars on the track because they were on a different strategy, but fortunately I could make the moves on them very quickly. The end of the race, after all the pit stops, was just a case of looking after the tyres and keeping out of trouble. We scored some very useful points today – we need to keep doing the same in the final four races.”

Nico Hulkenberg: “I am quite happy with my race: seventh would have been possible, but I paid the price of not having an ideal qualifying session yesterday. I had a good first lap, but when you start from the back of the top ten, you have a lot more traffic to deal with and that cost me some time. The pass on Valtteri [Bottas] was the highlight of my race. I had lined up a pass the lap before, but didn’t get a good exit from the final corner and I missed out in turn one; so I told myself “if I can’t get you here, I’ll get you at the chicane instead!” I pulled the move off nicely; it was a close wheel-to-wheel battle. It was important to finish with two cars well inside the points, but we know every race and every point will count from here onwards because the battle in the championship will go down to the final race. It’s going to be good fun and it’s a nice challenge.”

Williams:
Felipe Massa: "It was a tough race. We were really fighting from the beginning, to the end. We lost two positions at the start with both cars, maybe due to the tyres we had compared to the others. The pace at the beginning didn’t look very promising compared to the others. We tried to stay out long to do a one-stop, and it worked out. We would love to have finished ahead of Force India, but today they had a better car. We managed to score points with both cars after being just 13th and 14th during the first stint. I think it was a positive race and the strategy worked out very well."

Valtteri Bottas: "As a team strategy-wise, we managed to do something different to our competitors so that was good. There definitely wasn’t any more we could have got out of today. In a nutshell, we need to make a quicker car and hope that the rest of the circuits in the calendar are better suited to us. We just didn’t have the pure pace today. From my side, being the lead car in the first stint I was hoping for the better strategy out of the two of us but that didn’t work out today. Looking ahead to Austin, I hope it’s better and more like Malaysia in terms of our pace in comparison to Force India. It’s just so difficult to predict these things nowadays, so we need to learn from today and hopefully we’ll perform better there in two weeks."

Haas:
Romain Grosjean: “Well, we struggled on the first stint with a green track, and with the soft tyres, we had a lot of graining. But then the car was flying. It was really good. I had some good overtakes. I don’t think I’ve ever been as frustrated as today at the end of a race. I thought we deserved much more. With the pace of the car, I was much faster than the Williams’. We just got the life on the hard tyres wrong. We could have pitted earlier for the last stint, but overall the pace was amazing. It shows a lot of promise for the future. I’m optimistic about these updates and the pace we had in the car.”

Esteban Gutierrez: “Everything started pretty good. We’ve been working a lot on getting the best out of our start and today that proved to be better. On the first stint, things were going well. We were managing the gap, pushing to get higher up to the front of the grid. I then came into the pits and I ended back out behind a lot of traffic, and that was it. I was trying to push forward, trying to overtake, and then I had an incident with Carlos (Sainz). He braked a bit early, closing the door, and I had nowhere to go as I was preparing the corner to overtake him on the straight. After that, I had some damage on the front wing which wasn’t ideal. Unfortunately, this is how the race went. It was not what we wanted, but now we need to keep pushing and keep a good rhythm and really put in a good performance as we head to our home race in Texas.”

Renault:
Jolyon Palmer: “Tenth last week, twelfth this week, but this week everyone finished the race ! We had a lot of luck last week and I think today was actually a stronger performance. We beat everyone that we could this afternoon. I’m pleased with how we went, the strategy, the pace, performance… Everything was good.”

Kevin Magnussen: “I started the race on hard tyres against others around me on the softs and mediums – it was always going to be tough today. We can’t be completely satisfied with today’s race after scoring points in the last two races but we will work hard to get back into point-scoring position in the coming races. The next round is in the USA and it’s a pretty cool track to drive so I look forward to being there next.”