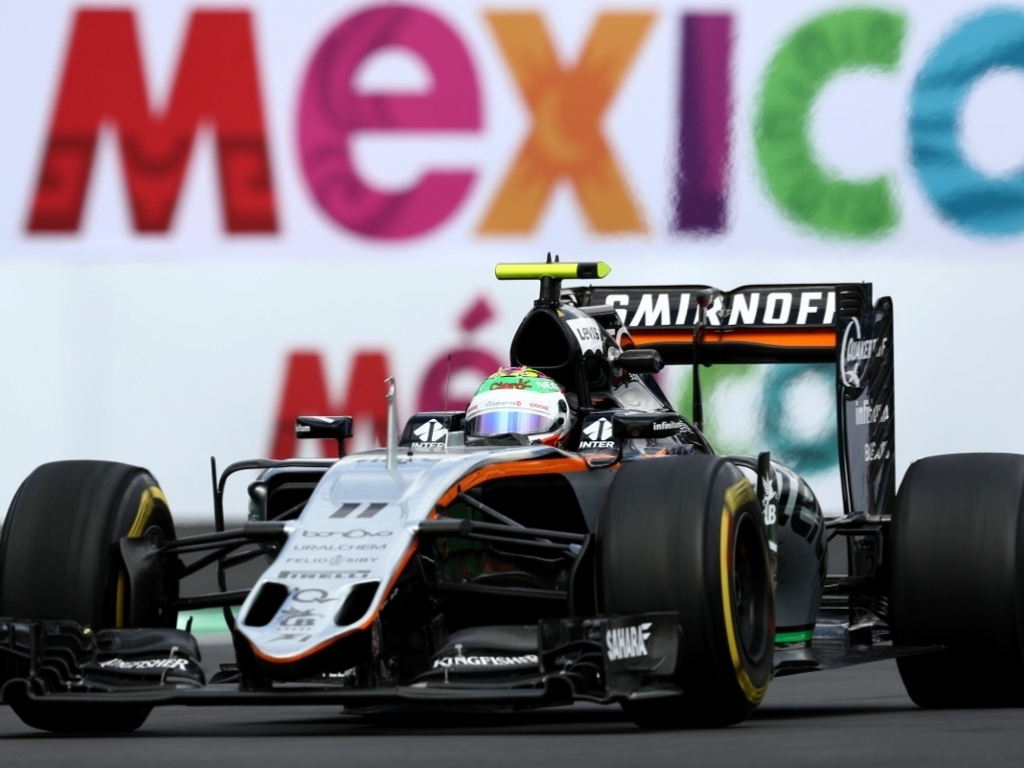 Force India and Williams continued their battle for fourth place on the Constructors’ Championship, as the Silverstone-based side managed to place P7 ahead of the Valtteri Bottas and Felipe Massa.

Force India:
Nico Hulkenberg: “Definitely not a bad effort today and the best result we could hope for in regular circumstances. I made a great start, but once the pit stops were out of the way, it turned out to be quite a lonely afternoon for me. This allowed me to manage my tyres and my pace. At the end, the battle with Kimi [Raikkonen] was always going to be difficult, because he had a massive tyre advantage over me: I was surprised we could keep him behind for so long. I tried to defend as hard as I could on the inside, but braking on a dirty line with 60-lap-old tyres is quite tricky! He turned in on me and there was no way I could stop the car, so I forced it into a spin to avoid a crash. In the end, it was a good weekend: qualifying was my highlight and we’ve come away with a solid result today. We leave Mexico having strengthened our fourth place in the constructors’ championship, so there is plenty to smile about tonight.”

Sergio Perez: “Even though I scored a point today, it was a very frustrating race being stuck behind the Williams cars and unable to overtake. I tried everything I could, but it’s not easy because they had a straight-line speed advantage. There were a few occasions when I was very close to making the move stick on Felipe [Massa], but in the end it just wasn’t possible. I think maybe we could have tried something different with the strategy because we underestimated the effect of the medium tyre, which turned out to have much more life than we expected. So perhaps we could have pitted earlier and run longer on the medium. That’s something we need to analyse and understand if it would have made a difference to our result. Even with the tenth place today the fans were cheering for me. They are so loyal; always behind me and they have given me so much positive energy all week. Although I wanted to give them a better result, this has still been the most enjoyable race of the year.”

Williams:
Valtteri Bottas: “As a team we did a good job today, with a strategy and tactics that worked as good as we could have hoped. We managed to make the one-stop strategy work, which was helped by perfect timing with the pitstops. Unfortunately Force India still have a bit more pace than us and that is why one of them was ahead of us today. Our battle with them is very close and we just need to make sure that we do an even better job next time in Brazil.”

Felipe Massa: “It was a really difficult race. I was really happy with the first lap because I made a lot of overtakes and got up to sixth. I stopped to put on the medium tyres and suffered on the first 15 laps with those, the same as in practice. Then, lap-by-lap I picked up the grip and fought for the whole race with Perez. It was really difficult to keep in front, but I pushed to the end and I’m so happy with the result. Even if we lost one point, we will keep fighting them, and that’s what we’re going to do until the last race of the season. I’m really looking forward to my next race at home, just being there and being with the Brazilian people will be amazing. I always try to fly the flag of my country as high as I can. I love my country and will never forget how special that weekend will be. I’m trying to enjoy all these amazing races recently, but I’m sure Brazil will be the best. To the Mexican fans – gracias. Thank you very much for all your support and I will never forget this weekend. It’s amazing to see how much you love Formula One and motorsport. You will always be inside my heart.”

Sauber:
Marcus Ericsson: “It was a strong race today. The collision at the start was unfortunate, and, to be honest, I was worried that it was going to be the end of my race after I was hit. I managed to get back to the pits to fit a new front wing. We also saw on the data that the car’s floor had been damaged. We kept on going, and I managed to get back into the rhythm, so the pace was still good. Today we were close to the points, but just not close enough. We as a team take a lot of positives from this weekend. It shows again that we are taking steps in the right direction. We will fight back in Brazil.”

Felipe Nasr: “As I started the race on medium tyres, I was the only car on the grid to take an aggressive strategy. It was looking good on the first lap, as I was able to gain some positions, and also some of the competitors had started on soft tyres. I think I was unlucky with the safety car phase, which closed everybody back up together into a group. That did not help my strategy, but sometimes this is racing. Besides that, I had a damaged front wing as well as a turning vane, which compromised the lap times. Now it is time to think about the next race in Brazil. It is always a great feeling getting back home and racing in Interlagos.”

McLaren:
Jenson Button: “We did a one-stop strategy, but the problem for us – for everyone, I think – was that you just couldn’t overtake. We lost so much time in the first 30 laps of the stint on the Back-Up [tyres] in traffic behind other cars. I was stuck behind Kevin [Magnussen], then Fernando, then Carlos, and then [Jolyon] Palmer. It was really difficult to overtake but I eventually got past them all – our pace was really good then – and we did as well as we could have done. Even if we’d had clear air ahead of us I still don’t think we could have finished 10th though. The actual pace was good during the race, as I say, and I had some fun out there overtaking, and enjoyed some good fights, but it’s just so difficult to pass here. You wouldn’t think so with such a long straight, but out of the last corner you just can’t stay close. When you do get past, you suddenly find the time, but in the process you’ve lost so much compared with the people who stopped on lap one. We could have stopped on lap one ourselves, but, when you’re in 12th or 13th place, it’s not a great position, but it’s also not a bad enough position to say ‘let’s take a gamble’ when you’re potentially on the edge of the points. All in all, it was a really unusual race, and it’s a pity because we could have finished a lot higher up had we gambled, but you don’t know that in advance. It was still a fun race for me and I definitely got the best out of the car today – and that’s all you can hope for.”

Fernando Alonso: “I guess we could have done a little bit better today, but unfortunately on the first lap we seemed always to be in the wrong place at the wrong time. We also had a small incident, which put us in a difficult position as we were in traffic for the remainder of the race, as we sat behind Carlos [Sainz] for 40 laps or so. We also had a small problem in our second pit-stop, which didn’t help. We had one tyre that lasted a long, long time and another that lasted much less long, so Jenson and I went for different strategies, but, even so, neither of us finished in the points. At the end of the day, when you have the pace everything is easier, so that’s what we need to focus on.”