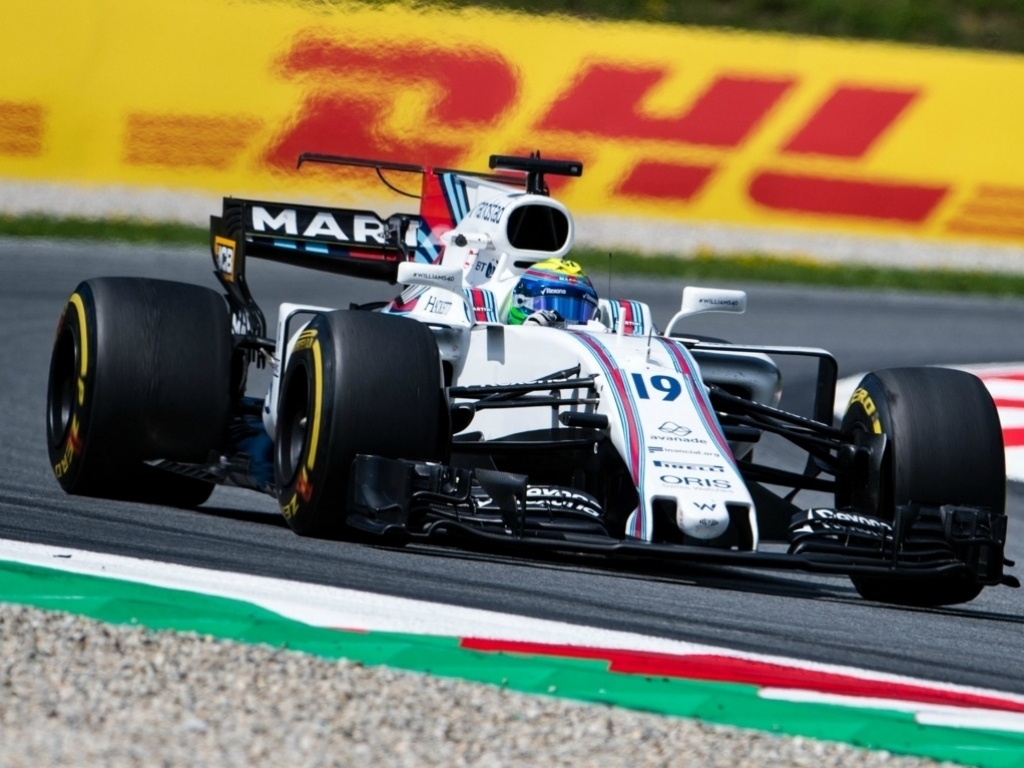 Romain Grosjean finished best of the rest in Spielberg, while Williams completed a successful recovery mission.

Romain Grosjean: “It was a really strong race. I had a really good first lap and was enjoying the racing for a little bit. Lewis (Hamilton) and Kimi (Raikkonen) got past, but I focused on keeping Sergio (Perez) behind. We pushed hard all the way and that’s the racing we like. It was a great race and a great job by all the guys. I was happy with the car all weekend long. There are a few things we need to improve, but today we were the best of the rest. We showed that when we get everything to work on the car we’re strong. It’s the experience of getting everything working in the window all the time that we’re missing a little bit. This was only our 30th race ever, so we can’t have everything. I’m looking forward to the next race. Silverstone’s going to be fun.”

Kevin Magnussen: “It’s pretty tough when these things happen. You’re in a good position, the car’s working really well, and it was our strongest weekend with the most potential for a good result for both cars. I could easily have been up there with Romain and we could’ve had a perfect result for the team. It’s just been really poor luck this weekend. I’m hoping that we can keep our form up and have other races like this where we can have top results – like we should have had today. There’s only a few days to wait then we’re at it again, so I’m really hoping we can do well again.”

Sergio Perez: “Finishing seventh is a great result for the team and a nice reward considering how difficult this weekend has been for us. We struggled in practice, but come qualifying and the race we were quite strong and we came home with some good points. It wasn’t the easiest of races for me. I made a good start, but I lost places to both Esteban and Lewis [Hamilton] at turn one. Thankfully I was able to pass them both at turn three and regain my starting position. I suffered from a lot of front graining in my first stint, but after the pit stop I was able to settle down into a rhythm, even though it wasn’t enough to attack Grosjean. We had very similar pace to him so we couldn’t get any closer. It has been a difficult weekend, but we recovered well and we can be happy with the outcome. Now our focus shifts to Silverstone. I really can’t wait to try these 2017 cars on the fastest track on the calendar.”

Esteban Ocon: “I’m pleased with the points we’ve scored today and it was a strong race for the team. I made a good start and gained a couple of positions, but I was behind Lewis [Hamilton] going into turn three and got squeezed, which meant I had to ease off and lost momentum. Then it was just a case of keeping my head down and being consistent with my laptimes. I don’t think we went the right way with the strategy because I lost a lot of time to Massa after my stop and we just need to review things and see if we could have done anything differently. It’s not been the easiest of weekends for us, but we’ve worked hard and it’s satisfying to come away with good points even when things are not going perfectly. I think we showed our strength as a team.”

Felipe Massa: “For sure you cannot celebrate a ninth position but starting 17th it was a fantastic race for me. I had a really good start, getting through the issues that were happening in corner one, and overtaking cars. It was a fantastic first lap as the pace was great, compared to qualifying, which is something we need to work to understand so that we don’t repeat starting out of position like today. At the end of the race it was a bit disappointing not to be able to pass Ocon, but I was just losing a lot of grip in the high-speed corners behind him, and he had good speed on the straight so it was quite difficult. I’m so happy with my race and it’s good to have both cars in the points.”

Lance Stroll:  “It goes to show anything can happen in a race and it is not over on a Saturday. I am feeling very positive as I started 18th, finished 10th and picked up another point. It wasn’t an easy race, although the start was good and we managed to gain some places. I knew after the start we were in a good position, so it was just a matter of staying focussed, not making any mistakes and saving the brakes and tyres towards the end of the race. First, there was Magnussen putting pressure on me and then at the end Palmer, but I just needed to defend as I know around here it is quite difficult to overtake. We just need to figure out what happened to us this weekend in qualifying and try to cure it for the next race. The next race is Silverstone, the home race for the team, so I am really looking forward to it.”

Jolyon Palmer: “We started in P16 and finished eleventh, it’s my third race with an eleventh place finish, once more within touching distance of points! I had Lance Stroll in my way for just over forty laps and couldn’t get past him, which is frustrating. I need to focus on qualifying better, but throughout the weekend the pace seemed improved so overall there are some positives. It’s my home race coming up, and Silverstone’s a great track with a lot of fast corners and it’s one I really like to drive, so hopefully that can be the one that gets me in the points.”

Nico Hulkenberg: “It was a difficult race for me. I had a terrible start; I triggered the anti-stall mode where the clutch kicks in to protect a stall from the engine, because grip on the grid is quite high here. That was the beginning of the end for me. I was almost last before the first corner and from then onwards it was clear that it was going to be a difficult afternoon. We were struggling on the Supersoft tyres with overheating as well as with balance and grip. We decided to do an early first stop, putting on the Softs, but then the leaders were coming through and I had blue flags twice, losing huge amounts of time. It was pretty difficult today; we need to review what happened and fully focus on Silverstone.”