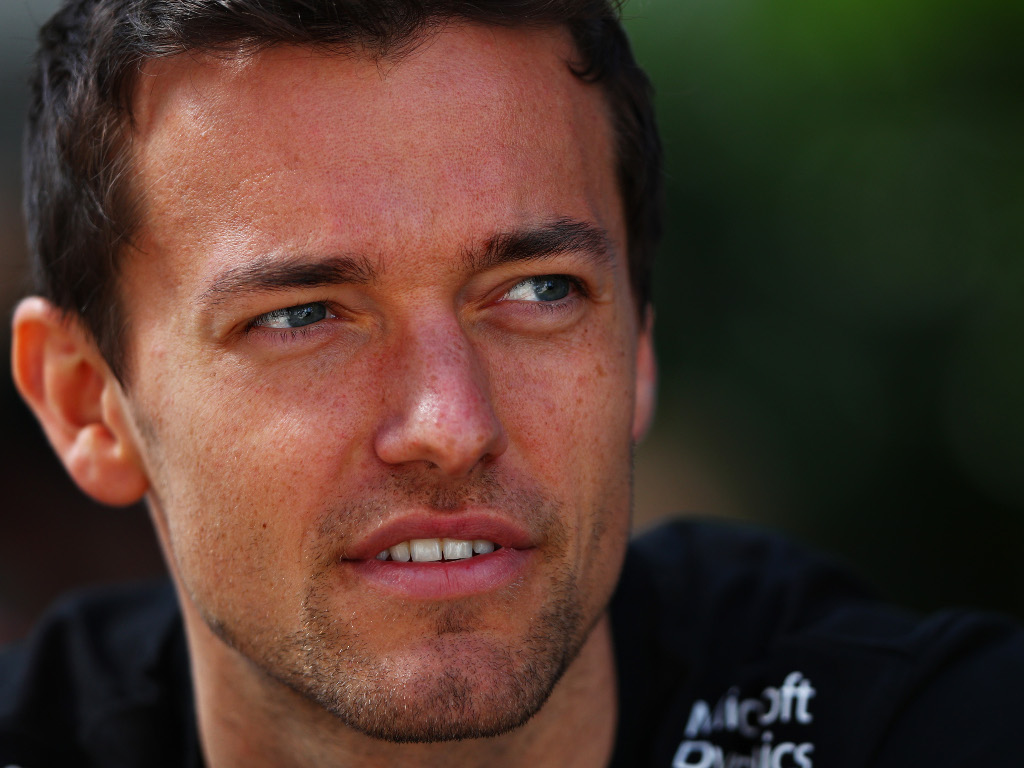 Jolyon Palmer’s bad luck continues as he was forced to retire for a second race in a row at the Canadian Grand Prix.

Haas:
Esteban Gutierrez: “It wasn’t an easy race. I was struggling a lot to get the tires to work and then at the end of every stint it was difficult to keep the temperature in them, and once you start losing that the car starts to slide and it’s like driving on ice. This weekend we knew it was going to be very tough with the cool weather, but now we need to analyze how we can compensate and try to put more emphasis into the tires to make them work to give us an easier race. I didn’t enjoy it too much as I’m not feeling very well, but the weekend is now over and I’m looking forward to Baku.”

Romain Grosjean: “We’re not far from the points. I was up to P11 or so, trying to fight hard and doing everything I could, and then the front wing went. That third pit stop definitely cost us everything we had been working for. We need to look more deeply into that issue to get it sorted. There are plenty of other areas where we can improve but, generally, the more we do, the more we understand the car and the better things get. Flying to Canada and not scoring any points is difficult. I’m sure the next race will be another step, and if we learn more, the better we’ll get.”

Renault:
Kevin Magnussen: “Firstly I need to say thanks to my crew who worked so hard to build a new chassis for this race after my crash yesterday. This aspect really shows the teamwork which exists in the team and I’m happy to be part of it as we will all keep pushing hard. On track we struggled and P16 is not where we wanted to be. It was a cold track out there and we just couldn’t get the performance we wanted. The race was pretty straightforward for me and sadly there weren’t the opportunities to move forward. We definitely want better next time out.”

Jolyon Palmer: “The new engine was working well performance-wise and we made a lot of progress on the set-up; I was feeling good with the car out there even though it was cold and slippery. I received some contact from Carlos Sainz on the first lap then I was stuck behind one of the Manors early on, but once I was in clean air my pace felt good. I’m happy with the car so I’m looking forward to Baku. Certainly a little bit of luck wouldn’t go amiss too.”

Sauber:
Marcus Ericsson: “For me it was a good race from the start to the finish. I think the first stint on ultrasoft tyres was not ideal, as I struggled a lot with the grip. Our initial plan was a one stop strategy, but we then had to revert to a two stopper. Once we got onto the soft tyres for the next two stints of the race, I had a good run and was able to pass Kevin (Magnussen) and Pascal (Wehrlein). Overall a good effort, as we also came close to Haas.”

Felipe Nasr: “It was a disappointing race for me. My race start was ok, but then suddenly in Turn 3 I was hit from behind. It was very unfortunate and an unnecessary move. This compromised my race from there on. I tried my best to recover, and in the end I was able to put in decent lap times on the soft tyres. That’s how racing goes sometimes, but now I look forward to Baku. I am always up for new challenges.”

Manor:
Pascal Wehrlein: “I got a very good start and managed to leapfrog Palmer and keep both Saubers behind me before the first pit stop, although we had picked up some damage to the floor when we arrived at the grid and I was losing lap time. By the time we got to the final stop I was struggling with the tyres and that allowed Ericsson to get past. I was still able to finish ahead of Nasr, which is positive, although it’s disappointing not to be able to hold off both. I’m looking forward to Baku when we will hopefully get the chance to show more of our improvement.”

Rio Haryanto: “The first part of the race went well for me. I was keeping up with my team-mate and also with Palmer and Magnussen ahead. At the first pit stop I expected to rejoin the race and be racing with Ericsson but we had a problem which slowed the stop and I came out behind Nasr instead. For most of the race I was catching Nasr all the time but the blue flags meant that I would catch up then have to drop back again. We tried to go long for the final stint and have a shorter run on the final set of Soft tyres but there was nothing more we could do. On the plus side it’s another two-car finish for us and I hope we can carry the positives into Baku next week.”