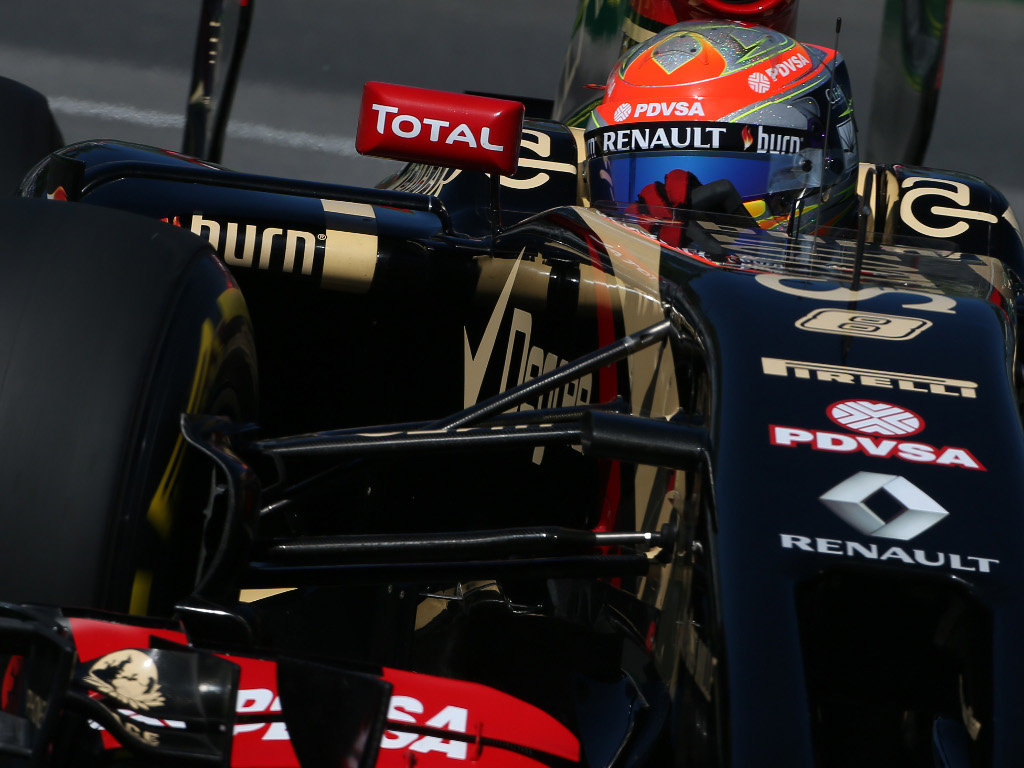 Lotus F1:
Romain Grosjean: “Today was not great in terms of pace for me, however there are some positives looking forwards. We can see that a Renault Sport F1 team can win a race so we have a target there, especially when the win came at a circuit that is not thought to be one of the stronger ones for them. Congratulations to Daniel for his win which I watched in the garage. The rear wing of my car broke, so it was safer to retire than risk a potentially dangerous situation. We have a lot of work to do, so it’s time to go home and try to understand our problems and come back stronger in the next races.”

Pastor Maldonado: “We had a similar problem to yesterday where we lost a lot of power. It’s a shame as the race was going very well, and we had an excellent pace – to be honest I was quite surprised by the car. The strategy was good, as we were looking for one stop whereas all the other cars were planning two stops, so we were looking very strong today and even without stopping we were on a similar pace with the other teams. We just need to look into exactly what happened and work hard to fix the problems we are having. We’ve shown we can be competitive.”

Caterham:
Kamui Kobayashi: “My start was ok and I managed to avoid all the debris from the Marussia crash on lap one. The tyre management under the safety car was pretty good, but then a couple of laps after it came in I felt a problem with the rear coming out of turn two and had to stop the car. When I got out I had a look and I could see it was a rear suspension problem, so that was that. We’ve had a pretty hard time in Canada but we’ll continue to fight. Our day will come, I’m pretty certain about that, but it wasn’t to be this weekend in Montreal, so we’ll have a look at everything we’ve learnt this weekend back at the factory and go to the next race in Austria ready to fight again.”

Marcus Ericsson: “A disappointing end to a difficult weekend, but for me it’s all part of the learning curve. As soon as the formation lap started I could feel that the Power Unit wasn’t pulling hard in any gears and that continued under the safety car. The team tried to fix it but there wasn’t anything we could do and as soon as the safety car came in I was told to retire and that was the end of the race. When I got the car back we found out the problem was with a pipe connected to the turbo, not the Power Unit itself, and we had to retire to prevent any damage to the engine. Obviously that’s not how we wanted to end the race but we’ll regroup and keep pushing.”

Marussia:
Max Chilton: “A disappointing end to a really promising weekend. The incident between myself and Jules obviously ended not only our own races but also the Team’s, so it’s sad for all the guys after making such progress again. I had a good start, pulled away from the cars behind into Turn 1, queued into Turn 2, then we had a coming together into Turn 3. The resulting accident was very unfortunate for us both and after a race to remember in Monaco, perhaps a race to forget here in Canada, but the one thing we’ll keep hold of is how well the car is developing, so my thanks to all the Team.”

Jules Bianchi: “I got a great start, kept everyone who was behind me behind and then obviously Max and I were racing each other through Turns 2 and 3. I braked into Turn 3 and there was an impact, after which I ended up in the wall with a badly damaged car. I am disappointed for the whole Team because once again we had a strong weekend and it was a race that held so much promise for us, both in terms of the car we had and also how the race ultimately panned out today. Now we have to move on and give the Team a better reward from Austria.”