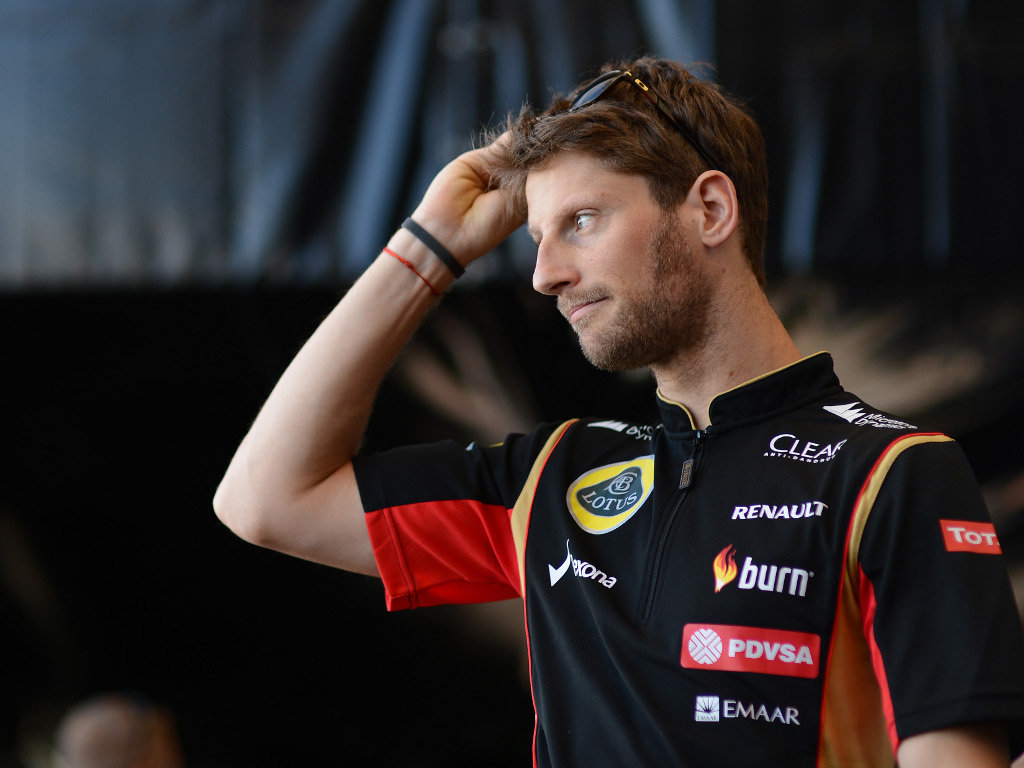 Lotus F1:
Romain Grosjean: “The car felt okay to drive today, which was a big improvement on the previous two days and a testament to the work the team has put it over the week. The main challenge was the race start. It was hard to get the tyres up to temperature over the first few laps, so much so that I thought I had a puncture at the beginning. After that, it was a straight-forward race aside from the incident with Adrian Sutil. He was on the softer tyres and had a lot more grip than me going into T3. That corner closes up a bit on exit and he didn’t want to go too much off the racing line. I was already on the maximum for the braking zone and we just touched a little. It felt more like a racing incident to me but never mind, we head to Austin and hope for better thing.”

Pastor Maldonado: “We really struggled for balance on track today and it made for a very tough race for us. We started on the medium tyre, which made it difficult to make progress in the early laps. We then moved to the soft compound, but even late in the race it was a struggle to find grip. My side of the garage lost out quite a lot from our issues on Saturday as we weren’t able to improve the car and in particular the balance. It was frustrating as we really wanted to put on a good show as the Sochi Autodrom is a fantastic circuit. I can’t wait to return next year in a faster car with a different tyre allocation as there is fantastic potential here.”

Caterham:
Marcus Ericsson: “The start to today’s race was a really good one – it was a strong first stint and I was able to pull-away from the Sauber and the Lotus behind without any problems, I felt really good. But the second stint on the prime tyres wasn’t that good, I just couldn’t get them to work – I felt no grip and I struggled massively to switch them on and in the end the team decided to call me in again for a second pit-stop and by then the race was already over for us as we were too far from the Lotus. I feel a bit disappointed because it felt so good on the first stint, I think we could’ve had a better result. Overall it’s been another strong weekend, we’re improving continuously and we’ve demonstrated that we can fight with Lotus and Sauber not only today during the first part of the race, but also yesterday’s qualifying session. Now we just need to build on that and I look forward to the last three races of the season.”

Kamui Kobayashi: “A disappointing Sunday. When I heard over the radio that I needed to pit I thought it was just a normal pit-stop, but then I was told that I needed to retire. It was all a bit of a surprise to me and at first I didn’t really know what the reason for having to stop was. The team has now analysed the telemetry and it was clear that my brakes were overheating too much. It’s a shame to end the weekend like this, but there’s not much more I could do today.”

Marussia:
Max Chilton: “After an incredibly tough week for everyone in the Team, we all deserved so much more from today’s race. It hasn’t been an easy day, far from it, and all the guys have had to dig deep to get us to the grid. When we got there of course, it was very emotional with all the support for Jules. I think the Team, the sport and all the fans have really done him proud. In the race, we got a good start then switched from the Medium tyre to the Soft quite early on, as we always knew we wouldn’t be that strong on the prime. On lap 9 I started to feel a problem with the front left and it wasn’t going away, so I pitted for the Team to investigate. In the end it was not something we would be able to address quickly, so it was best to bring a generally difficult weekend to an early conclusion. What the Team needs now is to head home for support from their families and colleagues back at the factory. Somehow we need to find the strength to regroup and move forward, which is hard to contemplate right now.”