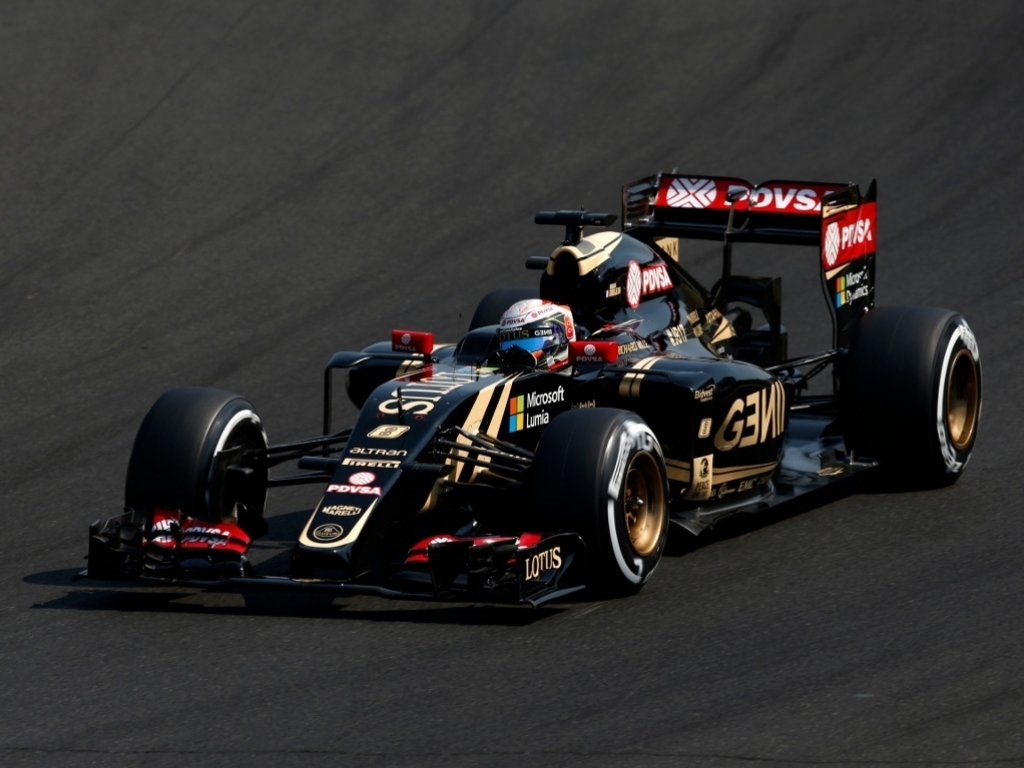 Romain Grosjean picked up a couple of points for Lotus while both Sauber cars finished outside of the top 10.

Lotus
Romain Grosjean: “It was a fun race, and I enjoyed going through the field with some nice overtaking manoeuvres with our aggressive race strategy. It was quite hard to follow the cars but we had good power to overtake into turn 1. It has been an emotional weekend so it is good to be back in the points. The next race will be my last one with the team and taking the chequered flag in Abu Dhabi will be very special but I will give my best to bring a good result.”

Pastor Maldonado: “It was a very active race with lots going on. We used a different strategy to most by running with the slower but more durable tyre for the first stint, when it was difficult to make progress against those on the softs. That meant when we changed to the softs we could push harder in the middle stint and make some good places. Then at the end we were defending with harder tyres from those with softer and fresher ones so it was difficult to keep P10, but from where we started it was a good race.”

Sauber
Felipe Nasr: “It has been a very special weekend – not just on race day, but over the entire weekend. I felt a lot of energy from the fans, from my family, who were here supporting me, and from everyone else. I cannot wait to come back next year, and hopefully we can come back in a more competitive way. Talking about the race today, it was a tough one for us. The beginning of the race was pretty good, I managed to make up positions at the start, but after that we just couldn’t keep the other cars behind us. It’s one of those days where you fight, but didn’t get the rewards.”

Marcus Ericsson: “I think it was probably the worst start of my F1 career, as I had a lot of wheel spin and then almost dropped down to last. Despite this, the pace was good and I was making some nice moves, working my way up the field and catching the guys in front of me. Then, unfortunately, Pastor (Maldonado) made a move on me into turn 1. It was just too late, he hit the back of my car, spun me around and we had  to pit to check for damage. I lost around 30 to 40 seconds and, obviously, the race was then compromised. Despite this I had a good pace, but we just lost too much time with what happened. Overall it was a disappointing day, but the pace was promising. ”

McLaren
Jenson Button: “We never enjoy P15, but the race itself was reasonably pleasurable – I could push the car and fight people in the corners. We know where our weaknesses are, so let’s concentrate on the positives. So there was an interesting feel to the car out there today, we had reliability, and we ended up 12 seconds behind the last points-scoring position, which is probably closer than we’d expected to be. Okay, we were a long way off the front-runners’ pace – when they come past it’s scary how fast they are, especially on the straights. But, as for the midfield pack, through the corners we’re pretty competitive, as I say, which means you can have a bit of fun out there. We’ll be back at the factory on Tuesday and hopefully we can continue to develop the car. There’s a lot of room for improvement but it feels like we’re going in the right direction, which is promising, and I’m enjoying inputting into that. I have strong belief – in Ron [Dennis] and his leadership, and in the teams at both Woking and Sakura. We’re a team that’s pushing hard and we’ll make massive strides in the winter. I’m really looking forward to next season. We’re working massively hard. We’ve probably produced more new parts than any other team, and they seem to be working. We had new front wings here, and it’ll be interesting to go back to the MTC on Tuesday to study the data and see if they’ve helped us move forward, but it already feels like they have. Hopefully in the next race, Abu Dhabi, we’ll do a little better again.”

Fernando Alonso: “Finishing the race today was our first priority after having suffered retirements on recent Sunday afternoons, so it’s good news that both cars saw the chequered flag and we collected some good data, especially for next year and especially for the chassis, to see which is the best way to go to keep moving forward. The chassis has already improved a lot in terms of aerodynamics, and corner speed is good; but we are still missing power. Unfortunately, the car was not working 100% at the beginning of the race. It sometimes felt strange to drive, with different power in different gears, so I was having to try to avoid the odd gear from time to time. I think the reason for that was that after qualifying we fitted a brand-new engine and we didn’t have any laps in which to set it up. Anyway, we have just one more 2015 grand prix to go now. I can’t wait to start working 100 percent on 2016.”

Manor
Will Stevens: “I think the focus on race balance has really paid off for me this weekend. It wasn’t an easy race because of having to look after the rear tyres, but I knew that if I could get past Alex I would be able to pull away. I’m pleased to regain the advantage over my team-mate and bring the car home in 18th place. Yet another two-car finish for the team, which is good news, so we go into the final round in Abu Dhabi eager to end season on a high note.”

Alexander Rossi: “Wow, that was a tough race. My first stint wasn’t so bad, but in the second and third stints the balance was terrible and I was losing so much time with understeer. Will getting past was inevitable and I was pretty resigned to that fact. It’s a shame, because the early part of the weekend was stronger for me. I would have liked my final F1 round of 2015 to have a better outcome, but I look back at the five races I’ve had since Japan and I’m pretty happy overall. It’s been a totally positive experience and I know I’ve given it everything I’ve got. So now we wait and see what the future brings, but I want to thank the team for this incredible opportunity to show what I can do and I hope I’ve done that.”