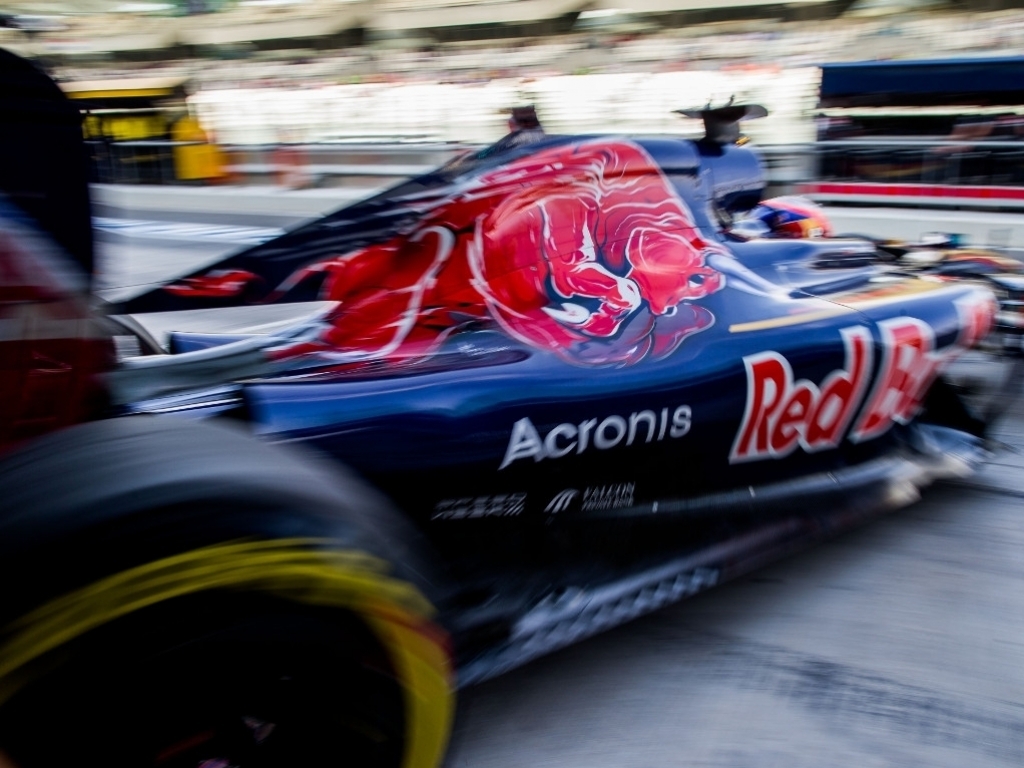 After a disappointing end to 2016 for Toro Rosso, both Carlos Sainz and Daniil Kvyat retired from the Abu Dhabi Grand Prix.

Manor:
Esteban Ocon: “I’m really pleased. It was no secret that I was really frustrated after qualifying yesterday, so I was really fed up to be on the 10th row of the grid. Then I got a really good start and made up three places on the opening lap. I was running as high as 11th during the race and we were looking really good versus the Saubers. I had the pace to get past Nasr but we touched and actually I lost my front wing end plate. I pitted for a second time and was able to catch right up with my team-mate before I eventually got by. Nevertheless, we got both cars home in strong positions to end the season on a strong note. It wasn’t enough to make up for Brazil but I think we can say that we did the best job possible over the past two weeks, so I’m happy. I can’t thank Manor Racing enough for giving me this incredible opportunity to begin my F1 career. It has been a real pleasure and I have learned so much in every area that will be important experience for the rest of my career, so I will always be grateful for that. Although I will be racing elsewhere, I will always be rooting for Manor as the team has so much potential. Maybe one day soon we can have a friendly fight together on-track.”

Pascal Wehrlein: “Yes, it was really great to end the season with another strong race performance. I had a difficult first pit stop and I was quite far back after that, so it was pretty frustrating after a great qualifying and starting from 16th on the grid. I fought hard to come back from that and we even gained a few places along the way. I was on a different strategy so it wasn’t possible to prevent my teammate from passing me at the end because I was on really old soft tyres, but at least we finished ahead of Sauber one final time. It was a fantastic race to end the season and my thanks to the whole team for the way we have fought together right to the end. I had a really, really great first season in Formula 1, thanks to everyone at Manor Racing. I guess it makes me sad that we held onto our point for so long but lost 10th in the Championship. It was really unlucky for us but I think we will always remember that day in Austria and celebrating together. My thanks to everyone in the team for all the hard work and pushing so hard so we can make some real progress together.”

Sauber:
Marcus Ericsson: “It was quite a challenging race. We completed the 55 laps with a one-stop strategy, and I think we executed it quite well. Overall, I am satisfied with my performance today, but obviously the result does not show that. I managed the tyres well for a fair amount of laps, so I could push without too much tyre management. However, we just did not have the pace today. With the season finale we go into the winter break, during which we will recharge our batteries for 2017. I am excited going into this new era of Formula One. A big thanks to everyone, both here at the track as well as in Hinwil at the factory, for a challenging and tough year. We have been sticking together and worked hard – this will make us stronger in the future.”

Felipe Nasr: “I had a very good start, climbing up to P14 on lap one. I did fight hard to stay there as long as I could, but we just did not have the pace to keep the competitors behind us. In the middle stint we were looking ok, just making sure to keep the Manors behind us, but unfortunately there was contact between one Manor and myself. The floor as well as the rim were damaged, and we also thought that the front wing was damaged, which forced me to come in for an earlier pit stop than originally planned. The race was compromised by then. If this incident hadn’t happened, we could have finished a bit higher up in the rankings. But most important was to guarantee our tenth position in the Constructors’ Championship. I am happy that we confirmed this position in the end. Summarising the season, I have enjoyed another year with Sauber. It was a challenging and difficult season, but I think these are the times when we learn the most. My relationship with everyone in the team was strong while facing challenging times throughout the season. The two points at the Brazilian Grand Prix made it all worthwhile – the whole team deserves it. Many thanks to everyone.”

Renault:
Jolyon Palmer: “I had a really good start – up to eleventh – and was keeping pace with the Williams for a while, but unfortunately the tyre degradation was unbelievable for us. The overall pace was okay, but the tyres were running out, which meant I had to do three stops. I was trying to fight with everyone through the race but I had no grip which makes it very difficult. I tried to pass Carlos as he left a gap, but he braked a bit early and I had no grip to slow down. It’s a real shame.”

Kevin Magnussen: “I made a poor start then was in a fight with Kvyat at turn eight when I had contact from another car – I think it was a Manor or a Sauber – and my suspension was damaged by this. We tried to continue but it was clear that something was broken. It wasn’t the way I wanted to end what I thought was a good season with a great bunch of people. Results-wise it hasn’t been the best but I’ve learned a lot, I’ve had a great time with the team and I got to know a lot of really good people. I wish Renault Sport all the best in the future and I’m sure we’ll all still have fun in the paddock.”

Toro Rosso:
Carlos Sainz: “I think it was a positive race up until the accident: I was racing in P14 after staring from P21, overtaking the Manors, Saubers and Renaults… So it was being a good, clean race, but it’s just a big shame that Palmer hit me from behind! I was really enjoying myself and I’m also happy with the fact that we managed to recover well after what’s been a very challenging weekend. It’s just a pity that we were not able to finish the season seeing the checkered flag, but it’s been an amazing 2016 and I’m very happy and proud of my season overall. I take home 46 points, a number I would’ve never said at the start of the year! So I think we can all be very pleased. I’m now very much looking forward to 2017! I’d like to thank the whole team for all the effort and hard work, it’s been an unforgettable year and we couldn’t have done it without each other!”

Daniil Kvyat: “It’s a shame we had to retire, as the race wasn’t looking that bad after only having completed five laps in the practice sessions… We were fighting with Haas and Renault and I had a lot of fun, recovering many places at the start and overtaking a few more later on. It’s unfortunate that we had a gearbox issue which meant I had to stop the car, retire from the race… So I decided to go for a stroll on a push bike! … It’s like my whole season has been summed up in one race weekend! J. I’m now really looking forward to 2017, but first it’s time to rest a bit, spend some time with friends and family before training very hard over the winter in order to come back stronger than ever next season. I’m feeling confident, which is a good way to end the season and this is what I will take into the new year. Finally, I’d like to thank the team for supporting me during this year full of ups and downs – I’ve felt they’ve always been there for me and that we’ve kept growing together until reaching a point where I feel very comfortable, like at home. This is something very valuable for me and it will definitely help me next year, when we will push again all together.”