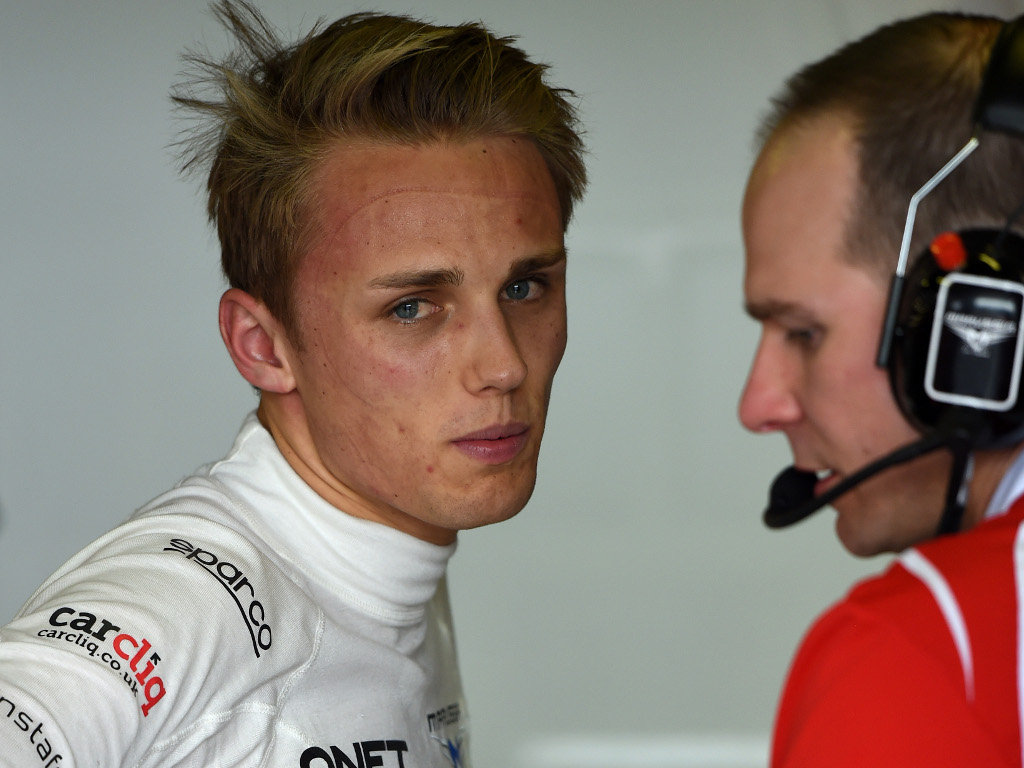 Marussia:
Max Chilton: “Today’s race was by no means perfect but we have started the season with a two-car finish, and on my side a 14th place as well, so we have to be pleased with that. The start was obviously extremely concerning. I was on the grid preparing for the formation lap with the usual procedures and suddenly everything just cut out. At that point I was worried that my race was already over, but the Team did a fantastic job to push me off the grid and back to the garage where they reset the car and I was able to start the race from the pit lane. From that point on I knew we had an important job to do to get the car home, but at the same time do the hard work to we needed to be able to evaluate the car over a race distance. It was quite pleasing to be able to catch Ericsson in the process. We’ve learned an awful lot today that will stand us in good stead as we prepare for the next race in Malaysia and also to start developing the car for the longer term. After a tough time in testing when we did not achieve all the mileage we had hoped for, it’s good to take home a 14th place finish from the first race of the season. It’s a nice reward for all the hard work across the whole Team.”

Jules Bianchi: “The problem at the start was really quite worrying and I did not expect to be able to race, but the Team got me to the garage and fought hard to get me back on track. I was six laps down when I did rejoin and of course I was never going to recover from that, but that was not the point. Being in the race – and finishing it – enabled us to gather the maximum amount of information and test various strategies for maximising the power unit. In many ways it was more like a test than a race for me, which was far from ideal, but as is the case in testing, the mileage was important and this will be crucial for the engineers to start moving us forward. Hopefully I will be able to benefit from this next time around. I am pleased that we have some reward for all the hard work and we look forward to better things in Malaysia.”

Caterham:
Marcus Ericsson: “Even though my first race in F1 ended with a DNF I’m still proud of the way we fought today. It’s been a very difficult weekend overall, one of the hardest in my whole career, but we still showed a bit of the potential we have in the first laps of the first stint when I passed Sutil and was running well in twelfth. My first ever live pitstop a Grand Prix went really well but then unfortunately an oil pressure problem forced us to stop – we don’t know what caused that yet but if we hadn’t had that I think we’d have finished ahead of the Marussias as I was pretty comfortable ahead of Chilton until the issue. Friday was tough, obviously, but we had a better Saturday and then today we started to show some of the race pace this car has. For the last few laps of the first stint I was driving with pretty flat spotted tyres but the rear was still behaving well and the Power Unit felt good. That’s encouraging for the next race in Malaysia which is on a track I’ve raced at before and one I like, so I’m leaving Australia in a positive frame of mind and just want to get on with it again as soon as possible!”

Kamui Kobayashi: “That isn’t how I wanted my first race back to go, and I’m sorry for the team and for Felipe that both our races ended early. I had a really good start but then into turn one I made contact with Felipe. From the initial data it looked like I had a brake system issue which obviously meant I couldn’t do much about the contact and when we got the car back and looked at the information in much more detail it was clear that was the problem. After the race I went to the Stewards and they went through the data from the car and confirmed this was the case. We’ll have a close look at what caused that problem and make sure we fix it. It’s been a tough weekend for us, but we still have a lot more data that will help us keep improving, and the really positive thing is that we were still quite competitive, even with the issues we had on Friday. Race two is Malaysia, one of our team’s home races, and we’ll keep pushing there, just as we will all weekend.”

Lotus F1:
Pastor Maldonado: “It was obviously very disappointing, but if you look at the positives we did more laps than in the pre-season which is quite encouraging as we have more data which is very important for making progress. We had a very negative free practice but we did plenty of laps during the race which is very positive for the team. I’m looking forward to the next race and we’ll keep pushing.”

Romain Grosjean: “In a way, it was a pretty positive day. I expected to do around 15 to 20 laps in the race after all the issues we’ve had this weekend, and we managed 45! We’ve learnt a lot today and all the changes made to the car have been positive. We still have a long way to go, but at least I know more about tyre usage, all my engineers know where we need to improve with the chassis, and we’ve learnt a lot about aero balance and fuel consumption. Of course there’s more to do with the energy management and recovery and some work yet with the braking. We’ve still got lots of work to do, but we’re definitely heading in the right direction.”