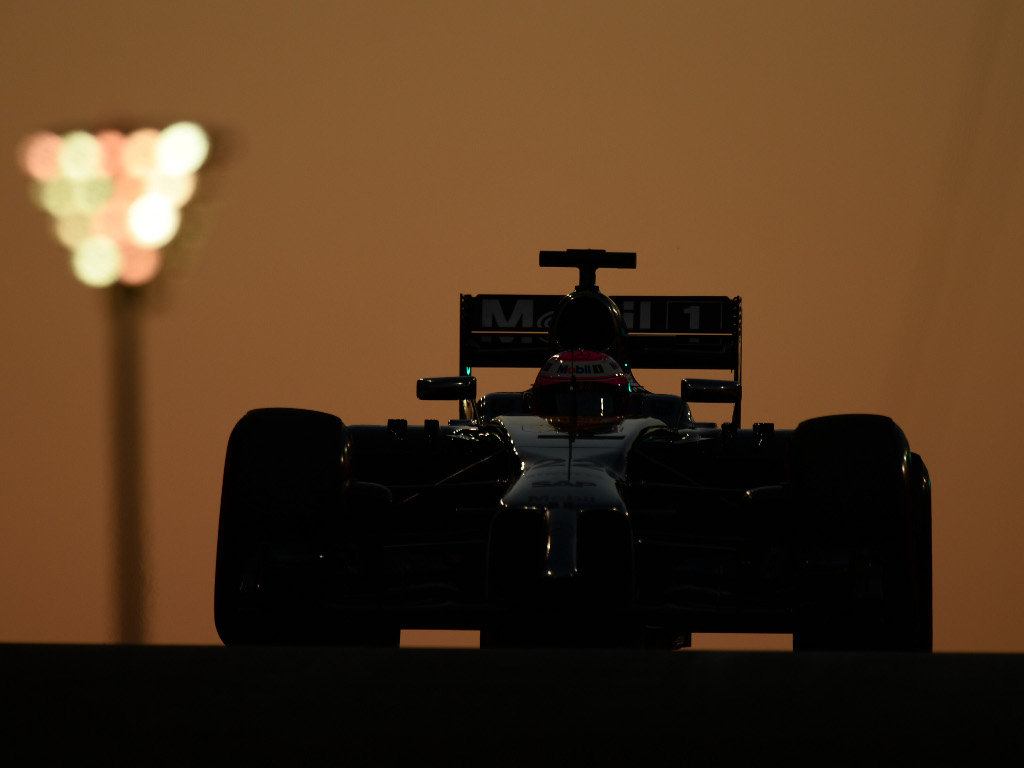 McLaren:
Jenson Button: ” That was tough! I think we made the best of what we had this evening: in terms of strategy, we did the right thing, but we never really had enough pace to attack the cars in front. So, fifth was as good as it was going to be. Getting the maximum from the car is all that can be asked of a racing driver, and I think I’ve proved this year that I’m still at the top of my game. Since it’s the last race of the season, I’d like to say a huge ‘thanks’ to Tom [Stallard] and Bernie [Collins], my two race engineers, who’ve done a fantastic job this year, as have all my mechanics. The whole team has been so supportive, which is lovely. It’s been a good day for me, but a much better day for my old team buddy Lewis [Hamilton]. Winning two world titles is an absolutely amazing achievement. Congratulations to him – he deserves it. I’m sure tonight will be fun – I’ll celebrate a good end to the year with my family.”

Kevin Magnussen: “That was a difficult race. I had quite a bit of contact with Adrian [Sutil] on the first lap – and, after that, the front of the car never felt quite right, but it wasn’t too bad, so I could carry on. My opening stint on the Prime went well – the tyre was holding on well and I felt like I could manage the degradation. But once I’d pitted and changed to the Option, the race slipped away from us. The softer tyre ought to have helped us gain some positions over the drivers running the Prime, but we just stayed where we were, and that ruined the race for us. Congratulations to Lewis – he’s driven brilliantly all season, and completely deserves the title this year. He’s had a stunning season. Finally, I want to pass on my thanks to the whole McLaren team. This season has been an incredible experience for me – I’ve learned so much this year. It’s been fantastic – so thanks, guys!”

Force India:
Nico Hulkenberg: “I’m very happy with this result. After struggling with the car on Friday and in qualifying, I think we can be proud of today’s race and our performance is a good sign for next year as well. The car performed at its best; I had a good balance and I had the confidence to really push. There were just a few laps after the pit stops when I was managing the tyres, but other than that it was flat out all the way. The long final stint on the supersoft tyres was brave, but it turned out to be a great strategy by the team and it really worked out well.”

Sergio Perez: “The points today helped me to finish in the top ten of the championship, which is an important achievement after a great year. I think we could have been even higher up today, but we probably stopped too late for the final pit stop. If we had been on the supersofts a bit earlier then maybe we could have been closer to Button at the end of the race. Looking back at the season overall I think everyone in the team has done a tremendous job and we should feel very happy about what we have achieved. I’ve enjoyed this season and now that I know the team I’m looking forward to coming back stronger in 2015.”

Ferrari:
Fernando Alonso: “Today, my time with Ferrari comes to an end, as does a very tricky season, in which, even if we were unable to do much against the technical dominance of our rivals, we fought all the way to the very end, all of us did our utmost, putting our hearts into it. Today’s race was difficult to manage but at the same time it was very emotional for me; after five years it’s not easy to say farewell to a team with which I have grown so much over the past five years, both as a driver and as a person. I thank all the Ferraristi for their support. I will miss the team, the fans and Italy. Even though we are going our separate ways, I feel I have lived through a unique experience which any Formula 1 driver would have loved to have had.”

Kimi Raikkonen: “It was a very difficult race but we knew right from the beginning that this track would be tough for us. The start was good but then, at the first stop, I already lost a few places and from then on I couldn’t move up the order. The car handled well and I had no particular problem, but today we lacked the speed we needed to attack. All season we have faced a series of difficulties which we put a lot of effort into solving and we learned a lot from that. We know which direction we need to work in to be competitive as soon as possible and I have absolute faith in the team.”