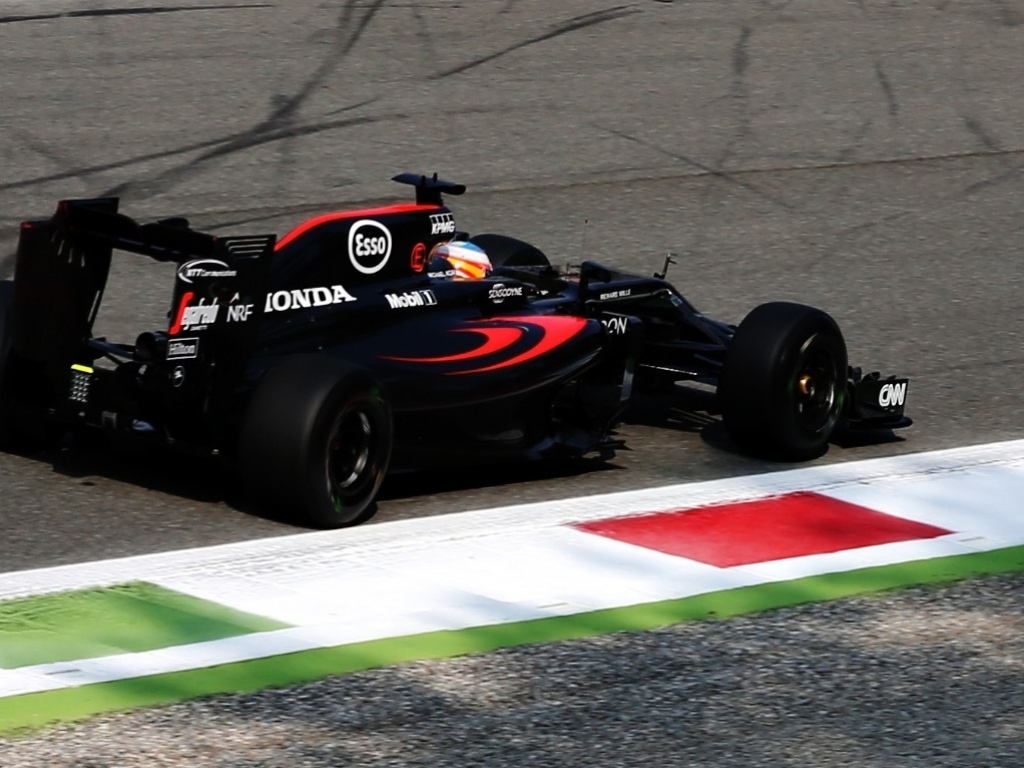 Force India’s Nico Hulkenberg crashed at the start of the race, but that didn’t stop the Silverstone-based outfit of pipping Williams on the Constructors’ Championship table.

McLaren:
Fernando Alonso: “Seventh was the maximum we could achieve today – the best of the rest after the two Mercedes, the two Red Bulls and the two Ferraris. We weren’t perhaps quite the fourth-fastest team here this weekend, so it’s thanks to good strategy and a good start that we were able to bring home this result. I chose to go on the outside at the start, and the crash didn’t affect me as I was already up into sixth at that point. Then I braked very late for the first corner and got past Daniil [Kvyat] and Kimi [Raikkonen]. Everything went fine – sometimes you just need to get lucky. For a time, I was even hoping for a podium finish – if something had happened ahead of me it could have worked out that way – but in fact it was one of those races in which nothing happened at the front. But, overall, we did the best we could today.”

Jenson Button: “I might have retired on lap 43, but, to be honest, my race was effectively over on the first lap. I got a very good start and pulled alongside Valtteri [Bottas], but I didn’t see Nico’s [Hulkenberg] car coming across the track until he was right in front of me, facing the wrong way. I lifted and pulled to the right, but there wasn’t really anywhere to go, so I tagged Valtteri with my front wing. That broke my front wing, brake duct and floor. I pitted to change tyres and fit a new front wing, but the car had been damaged, so I was lacking downforce for the remainder of the race. Even then, the downforce I did have wasn’t properly balanced across the car, which made it even more difficult. The reason we stopped was that we were concerned about the brakes – the temperatures were rising because of the duct damage. We were worried about a failure – it was the right decision to stop.”

Force India:
Sergio Perez: “I am so happy about tonight’s performance; it surely ranks as one of the best races in my career. To be able to do 36 laps on one set of soft tyres, in this heat, and to keep my position under pressure from Kvyat is a big achievement. Pitting on lap one put us behind Gutierrez and that impacted on our strategy: we lost a lot of time behind him and it was very hard on my tyres, which was not good for what was effectively a one-stop race. We knew stopping one time less than our rivals was the only way we could score points, so managing the tyres was crucial. There was no point fighting with Fernando [Alonso] after his last stop: he was in a different race and I knew I couldn’t afford to destroy my tyres that early in the stint. It was the same with Max [Verstappen] – on a day like this I had to race intelligently and pick my fights to make the strategy work. It’s a good result for the team and it puts us back in fourth place in the championship. It’s a shame that Nico’s race finished so early, but we were able to score some good points on a difficult night.”

Nico Hulkenberg: “It’s extremely disappointing to end my race in the barrier after just 50 metres, especially because I had made such a good start – probably my best getaway off the line this year. I went for the gap between the two Toro Rossos, which was there, but obviously things got very tight. I had Daniil [Kvyat] on my right and Carlos [Sainz] on my left, and Carlos hit my left rear, which sent me into the wall. I think all the avoiding actions led to the gap I was in disappearing. So it was a really frustrating end for me, especially because all the good work we did on Friday and Saturday counted for nothing.”

Toro Rosso:
Daniil Kvyat: “I think I did the most I could out there today – I had good fun and enjoyed some great battles! Unfortunately, after a first good stint things didn’t come together as expected… we ended up behind Perez and didn’t have enough straight-line speed to overtake him. I pushed until the very last centimetre and left my soul on the track – it’s a shame, but I’m happy to finish in the points again. In all fairness, the team did a good job after what’s been a tough period.”

Carlos Sainz Jr: “I’m angry after today’s race, especially after having qualified in P6 yesterday. The race didn’t start well, as I had to avoid Max when the lights went out and, while doing that, a Force India suddenly came flying by and we collided. He took the worst part and I took the second worst part, damaging the right-hand side of my car. However, we still had decent pace after this and we were fighting for points, but we were forced to stop early as we were shown the black and orange flag and we re-joined the race behind too much traffic… Later on, halfway through the race, we had a problem with the Energy Recovery System and I had to run to the end trying to do the best I could. Days like today are very frustrating – nothing went right and when you have these kind of opportunities – starting P6 at a circuit like Singapore – you need to make sure you take them and today we didn’t. But I stay positive: the level of performance we’ve shown this weekend has been amazing and points would’ve certainly been possible tonight. It’s time to look forward to the next two races in Malaysia and Japan, where hopefully we’ll achieve a better result than today.”

Renault:
Kevin Magnussen: “I’m very happy for the whole team as this must be a boost for all of us. It’s been a very demanding season as we all want to score points at every race, but that’s not been possible. Nevertheless we all keep fighting and a result like today shows why we fight and why we never give up. The team nailed it with the strategy, with the start and with the balance of the car. To drive a race like this and not to win it ; it feels strange because for me it felt perfect.”

Jolyon Palmer: “That was a tough race and we didn’t have any breaks come our way. I lost out with the shenanigans at the start and probably collected some debris as I had an early slow puncture too. We pitted pretty early and this meant we had to run for longer subsequent stints which meant nursing the tyres more than if we’d run the more balanced stint length planned. I lost a lot of time behind the Manors but it wasn’t possible to pass them on this track. The positive from today is we’ve seen that there’s still scope to get points if everything goes your way ; that’s what I’m gunning for in Sepang.”