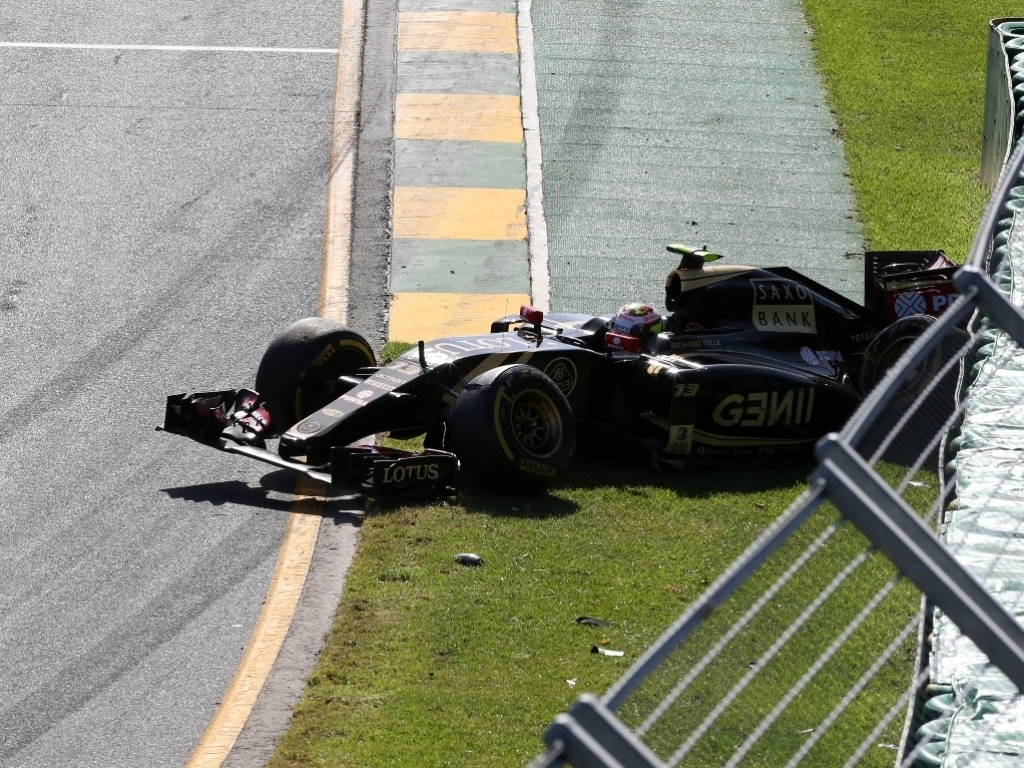 McLaren failed to score in Australia, Lotus failed to reach lap 2 and Manor failed to make it onto the grid…

"Today has been a good day. We’re still a long way off, but this is a good starting point – and I enjoyed the race. I even had a good little battle with Checo [Perez]. Today also really helps in terms of development: if we’d done three laps, we’d have learned nothing, so we’ve learned a massive amount by completing a race distance.

“It was also a good opportunity for me to get used to the car and to play around with it, making adjustments in the cockpit. There’s a lot of work still needed – on power, driveability, downforce and set-up – but we can make big strides. And, by improving one area, it tends to snowball; more and more areas start to improve, too.

“There were more positives: we’re as quick as the Force Indias in the corners, and we look similar in speed through the corners to the Red Bulls and Saubers, too. It’s been a tough winter – our longest run in testing was just 12 laps, so today’s 58-lap run was a good step forward – but we know we’ve got a lot of work to do. But, with all of today’s learning, there are many areas we can improve for the next race.”

Kevin Magnussen: "Today was frustrating for me – I really wanted to race the car – but it’s been good to get out here this weekend. I’ve really enjoyed it.Even though I couldn’t make the start, the team can learn something from my car’s problem. And we can take positives from Jenson finishing the race, too – we came here to learn, and that’s what we did. Finishing is a small victory for the team – I don’t think we expected to be able to do that.

"Now we can get a car to the finish line, we can start to accelerate our learning. We got 56 valuable laps under our belts today, and that’s a great way for McLaren and Honda to start our journey together."

Lotus:
Romain Grosjean: "We had a loss of power on the formation lap; there was a technical issue which we are investigating. It's not how you want to end your race, but we know the car is good and we're miles ahead of where we were last season. We have a good baseline with the E23 and a good engine. We also have new pieces that we are bringing over for the next races, so more performance coming. The first race is always a bit of a tricky one, you never know what might happen and, unfortunately it was bad luck for us today but it doesn't matter: I'm still very hopeful for the year."

Pastor Maldonado: "Racing is like this. It was quite busy start, going into a narrow corner. I just felt a big hit on the back and didn't see what happened. It's disappointing because it was a great chance for us to have a great race. The pace of the car was looking much better than in qualifying, so looking forward we can learn from this race. It was a good weekend until today, it's looking quite promising. In two weeks we will be again fighting for points and again doing our best to be even more competitive."

Manor:
Will Stevens: Still to be released

Roberto Merhi: Still to be released