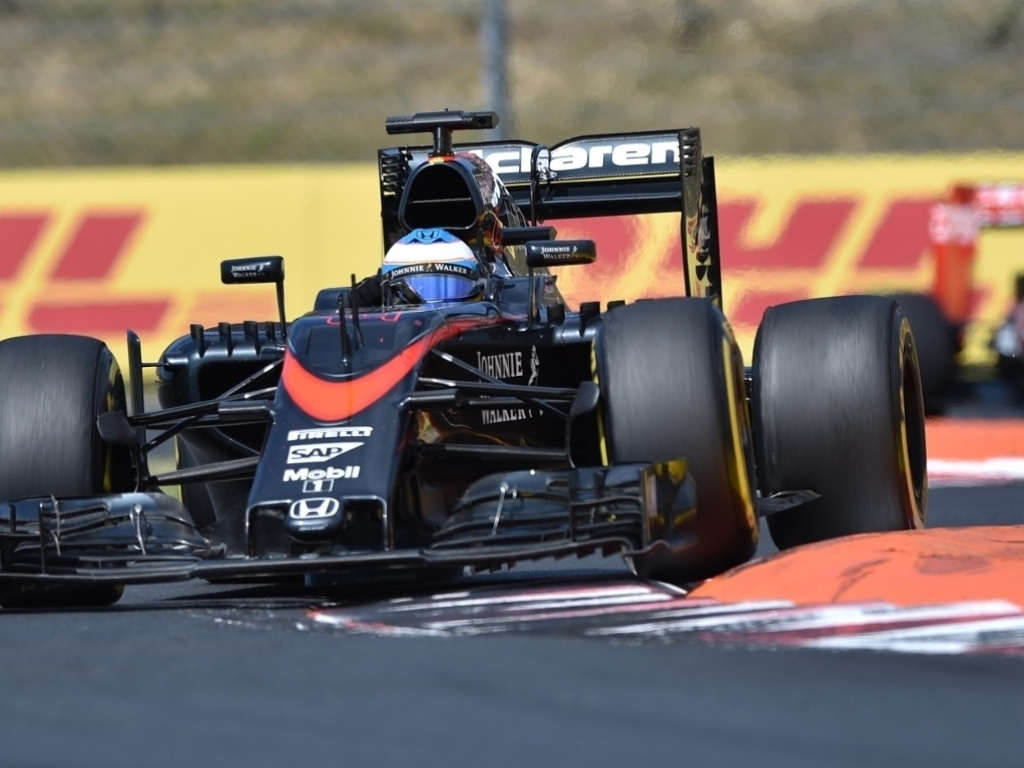 On the back of Fernando Alonso's P5 in Hungary, McLaren secured their best display of the season while Lewis Hamilton was only down in sixth place.

McLaren
Fernando Alonso: "This was a very good race, and fifth position at the finish is a nice little present for the whole team, particularly as we’re not as competitive as we’d like right now. On the calendar, there are a handful of circuits where we expected our performance to be better – Monaco, Singapore, and here in Hungary, so we knew we needed to make the most of today. Critically, we did just that: it was a chaotic race, and we took advantage of every opportunity that came our way. These points are a good way to send the whole team into the summer break, but we need to further maximise our chances in the second half of the season. This hasn’t been an easy weekend for anybody in Formula 1 – the minute’s silence for Jules [Bianchi] before the race was very emotional, and it was very tough to get in the cockpit straight afterwards. But, today, we respected Jules and we respected the sport."

Jenson Button: "Fernando did a great job today. Fitting the Option tyre for the final stint was the right decision for him; I didn’t stop for tyres under the Safety Car whereas pretty much everyone around me did. That decision made it very difficult for me, because my used Primes were pretty old by the end of the race, and there were plenty of faster cars around me running fresher Options. Still, it was a fun race, and it’s great to get points ahead of the summer break. The accidents and penalties certainly helped us, but we still did a good job out there today. This is a step forward for us, but we’ll need to take another step if we’re to repeat this sort of result. Equally, the next two races – at Spa and Monza – will probably be difficult for us, but it’s good to see we’re making progress."

Mercedes
Lewis Hamilton: "That was a very tough afternoon. The team did everything right and the car clearly had the pace – I just had a very bad day at the office. It was one of the worst races I think I've had and I don't really have any explanation for it at the moment. All I can do is apologise to the team and work hard to make amends at the next race. My start wasn't ideal and the Ferraris were really quick off the line, so suddenly I was under attack from both sides. It was tight with Nico later in the lap where I locked up and went off, then of course there was the incident with Daniel. It wasn't deliberate but it was my fault. He took a tight line around the outside and I just lost grip, ran out of road and understeered into him. That meant a drive through which dropped me right back again after all that work to make it back through. From there I just had to tell myself to calm down and not give up so I could fight back for some points. You could see in that phase that the pace of the car was really strong and the pace was really there all weekend. I just made too many mistakes today. In the end, it's damage limitation in terms of points for the Championship so I just need to take the positives into the summer and bounce back in Spa."

Nico Rosberg: "I had a decent start, if not the best. But I still didn't have a great balance on the option tyre so the Ferraris were pulling away quite quickly at the beginning. It went better on the prime and the race was going well for me until lap 64. Racing is very tough sometimes. It's an awful feeling to lose it at the end. For me, the incident with Daniel was pretty clear. I was on the ideal line, he braked too late and went wide. I then stayed on the racing line, so it was my corner, but he still had his front wing there and hit me and I got a puncture. That destroyed my race, which is a real shame as I could have gained a lot of points on Lewis. At the moment I'm not looking forward to the summer break. I just want to be back in the car and racing again tomorrow."

Lotus
Romain Grosjean: "I think today was an incredible race; it was an incredible weekend. Being in the top ten in qualifying yesterday was a miracle and today was actually beautiful; we really pushed hard and it was good, we deserved some points. I had a terrible start, lost a lot of spaces and I was pushed into the gravel by Carlos Sainz on the first lap. Then I came back on track and couldn’t pass the McLaren. Then there was a penalty for an unsafe release and then the safety car. But we got the strategy right and, after all that, we ended up in P7 fighting with the Mercedes."

Pastor Maldonado: "It was tough race and the Stewarts were certainly very strict today, very tough on driving with me and many other drivers. I struggled at the start as our strategy was to run with the harder tyres, but then the strategy was working well with the softer tyres until the penalties affected our race. With Sergio around the outside of me it felt like a racing incident to me; there was nothing intentional in the contact."