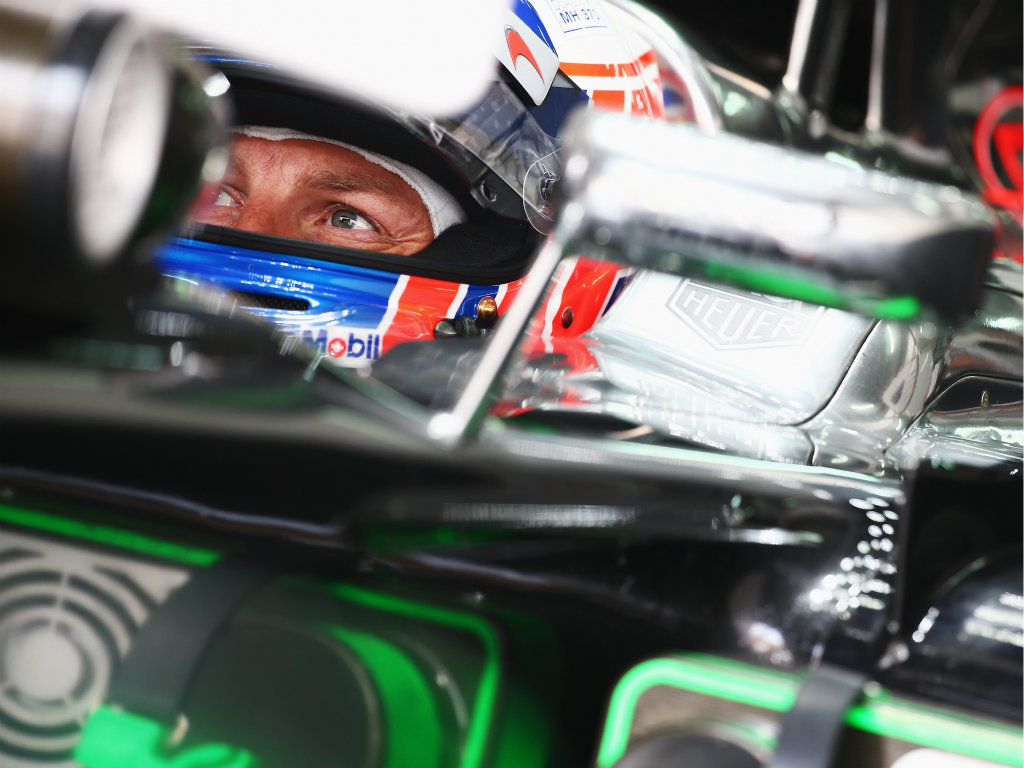 There were points in the Malaysian Grand Prix for Jenson Button, Felipe Massa, Valtteri Bottas, Kevin Magnussen and Daniil Kvyat…

McLaren:
Jenson Button: “It was hot out there this afternoon! And when you’ve spent all that time watching the two Williams battling in your mirrors, it makes it feel even hotter. Still, it was an enjoyable race, and I couldn’t really have expected more. I think we got the most we could out of the package this afternoon, and I didn’t think I’d be finishing sixth after the way the car had performed earlier in the weekend. It’s encouraging for all the guys that we called both the pit-stops and the fuel usage perfectly throughout the race. I also want to say a big ‘thanks’ to everyone back at the MTC [McLaren Technology Centre] for working so hard to bring the updates to the track. Every little helps. Nonetheless, there’s no getting away from the fact that we’re still weak in the high-speed corners; this car does have its strengths, but we’ve got a lot of work to do. We got the best out of the car today, but we know we still need to improve.”

Kevin Magnussen: “I’m sorry for the team that I messed things up going into the second corner, with the incident with Kimi. I think we could have scored some good points today, so I’m disappointed with and for myself, too. Grands prix are long races, so I shouldn’t have made a mistake like that so early on in the afternoon. But that sort of stuff happens sometimes – and, when it does, you just have to learn from it, and I will. After the incident, it wasn’t easy to recover, and we struggled with the high track temperatures, and in the high-speed corners, too. As I say, I’ll learn from this race and I’ll see what I can do at the next one. It’s good that the Bahrain Grand Prix is so soon; it’ll feel good to put this one behind me, and move on.”

Williams:
Felipe Massa: “Getting both cars in the points today is a positive result for the team. I had a very good start and made up some good places on the first lap, but my progress was halted a bit by the McLaren of Magnussen in the first stint which had good traction out of the last corner which made it difficult for me to overtake. I also had the same issue later on in the race with Jenson as I was able to get up close to the back of him in the closing stages when on better tyres, but just couldn’t get passed. On the whole I don’t think this track particularly suited our car, so we have done well to finish where we have, and I’m confident that we will be more competitive in Bahrain.”

Valtteri Bottas: “I think we need to be happy about today as moving from P18 to P8 is a good result and we have more points in the bag. The car was not as competitive this weekend as it was in Melbourne, but the team has done a very good in producing a car that is looking like it can consistently fight in the top ten. I had a really good start, making up six places on the first lap, and from then on the pace was pretty good and I was able to make up more places without too much trouble by using our very strong straight line speed on the long straights. Qualifying has shown that there are parts of the car we need to address, but the start to the season has been encouraging for us so far.”

Toro Rosso:
Daniil Kvyat: “It’s good to finish in the top ten for a second time in a row now. This afternoon’s race was very difficult and intense with a lot of fighting. The first two stints were hard when I was fighting the Williams and McLaren in the early stages, but they were faster than me on the straight. I was quite happy with the final stint and having managed to defend my position. Overall it was a good weekend and I hope we continue to improve like this as the car definitely has potential. So I’m looking forward to going straight to Bahrain to race again in a week’s time. It will be interesting to be on a track where we have actually tested with this car.”

Jean-Eric Vergne: “I think I had a great start today but very soon I felt some problems with the car. I lost power in the car and I just saw everybody overtaking me. Then I found myself in a sandwich between a Caterham and Bianchi and maybe I was a bit too ambitious to think I could try and pass the two cars. It was just not possible and this resulted in the collision, which damaged my front wing. At this point I knew that my race was compromised, so I was hoping for some rain and maybe a safety car to change the cards on the table and re-join the pack. But then I continued to suffer with the car and my race was over. It’s really a shame, as this was a race in which we could have been strong and achieve a good result. The race pace on hard tyres was pretty good. On the positive side, we have a good car and we won’t have to wait long before being back on track, as Bahrain is just around the corner.”

Lotus F1:
Romain Grosjean: “Eleventh place is good for all the guys at Enstone and at the track, and it’s good for me too. Finishing the race was our first objective and then we wanted to see where we were with our car. It’s not perfect yet but it’s good to be where we are at this stage. I had a big loss of downforce around eight laps to the end especially in the rear of the car which made things difficult, especially when I had to defend. Without that issue, I’m sure we could have finished higher. It’s good to be back and close to the points so it’s a positive for all of us. It was a good battle at the end. I kept remembering our past battles to make sure Kimi couldn’t go through.”

Pastor Maldonado: “After the start we were losing a lot of power so we’ll have to investigate later to see what the issue is and analyse the data. This problem meant I had to retire in order to protect the engine. Despite that, this weekend has been clearly a step forwards. Since Saturday, we’ve been able to run far more with the car and Romain was able to finish the race. Today obviously was not so good for me, but we’re not the only ones with issues so early in the season. This is all related to all the complex packages in the car, but we have learnt a lot this weekend and will make progress for the next.”