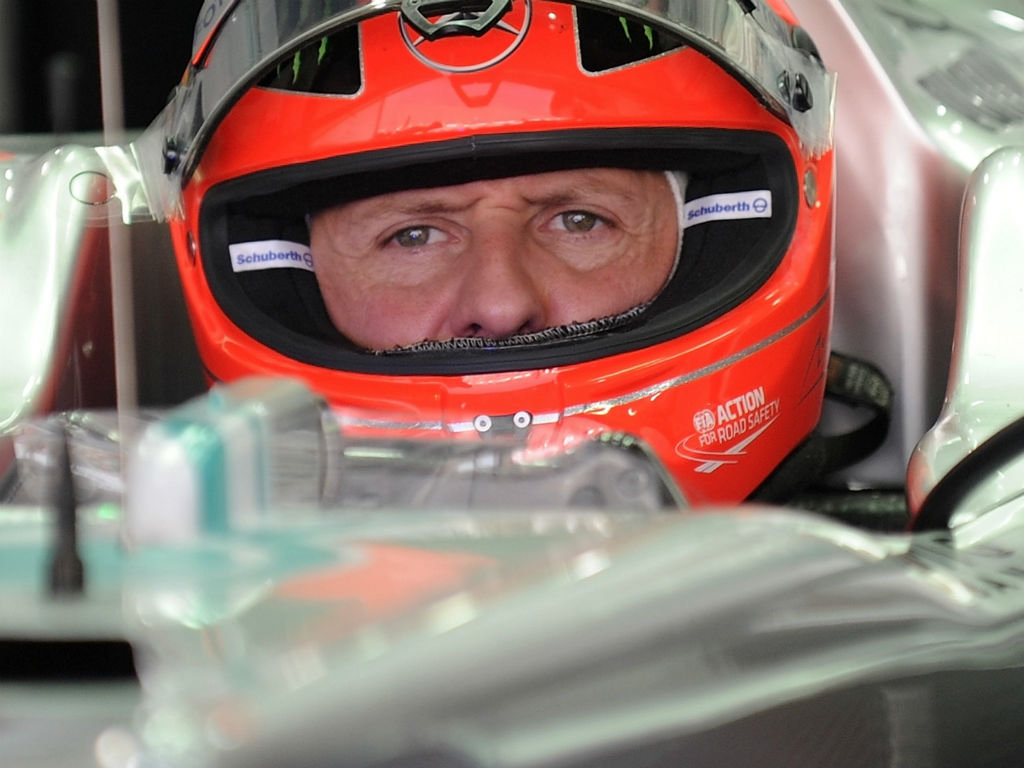 Mercedes joined Caterham, Marussia and HRT in failing to score a single World Championship point in the Abu Dhabi GP…

Mercedes joined Caterham, Marussia and HRT in failing to score a single World Championship point in the Abu Dhabi GP…

Mercedes:
Michael Schumacher: “Unfortunately we have to say that again we suffered bad luck today” said Michael after the race. “Due to the puncture I had to do another pit stop very late in the race which lost me a points scoring position. Of course this is part of the game and you cannot do anything about it but it was a real pity as we had reasonable pace and could have taken some points. Towards the end of the race I was hoping to close the gap to the top ten, and we were making good progress, but it just didn’t work out.”

Nico Rosberg: “Competitive today so it’s a real shame not to have finished the race and scored some points. Unfortunately that chance was gone after the first lap incident with Romain, after which I had to come into the pits for a new nose. Then there was the accident which put me out of the race. Narain told me that his steering broke and he needed to brake which I didn’t expect in that high-speed corner. There was no time for me to react, and I’m very thankful that we are both fine. I went to the medical centre for a precautionary check but everything is good. I will look forward now and hope for a better two races to end the season.”

Caterham:
Heikki Kovalainen: “I had a good race today. In India the balance had felt good in the race and if I hadn’t had the KERS problem I’m sure I’d have had a better afternoon there. Here it was the same – the car felt good and with more performance we’d be up there in the fight. We need to keep working on the new parts we brought here to get the most out of them and we have three more days on track here to help us do that so we have several reasons to be positive about the remaining two races.

“Today I had an ok start and my pace was pretty good. After the quicker cars passed me I was really on my own for most of the race. When the safety cars came out obviously everything bunched up again but after each restart I was able to pull away easily and finished the race after probably getting as much as I could out of the car today.”

Vitaly Petrov: “I made quite a good start and was side by side with Heikki. If we’d both braked at the same point we’d have probably hit so I braked a bit early and from that point I was struggling for grip. I’m not sure what the reason was but on both stints I just didn’t have the pace to attack the cars ahead. I had understeer for most of the race and that really held me up. It’s obviously a bit of a disappointing race, especially when you see that Heikki had good pace today, but sometimes it’s like that. The car felt good on Friday afternoon but yesterday and today the grip just wasn’t there. We have a bit of time now to analyse why and then make sure we get back to the pace we know we can find at the next race in Austin.”

Marussia:
Timo Glock: “After a difficult qualifying yesterday, today went much better for us and we had good pace in the race. Unfortunately on the first lap I was behind Charles and clipped the back of his car, which lost me a bit of aero performance in the opening stint. I tried to stay with Heikki but he was a bit quicker in S1 because of the understeer I was suffering with, but at least I could open up the gap to Petrov behind me and keep him there for the whole race. We had a mega pitstop and very good top speed compared to the others; we had some of the midfield guys behind for a while and although they were able to get past, we were able to have a brief race with them. A nice fight at the end with Sergio Perez on the last lap and even with the DRS they couldn’t get by. A good end to the weekend and we look forward to the next two races now.”

Charles Pic: “It was a very tough but exciting race today. The opening lap was very challenging as I was fighting with Timo and the Caterhams, so there was a lot going on in the first few corners. Unfortunately I ended up going wide and dropping back behind them. From that point onwards though, I was in a good battle with Vitaly and I came close to overtaking him on several occasions. Unfortunately we couldn’t quite meet the challenge of his KERS advantage. Our pitstop was not quite perfect, which is a shame as a slick stop could have helped us to jump him. Overall I am pleased that I could enjoy a good battle with one of the Caterhams; it’s just unfortunate that we had to retire because of the engine problem. Generally I have to say it has been a very positive weekend, so we focus on that and look forward to the next two races at two brand new tracks for me – the next one new for everyone of course, which will be very exciting I think.”

HRT:
Pedro de la Rosa: “I’m happy to have finished the race and because I gave it everything. But today we were unable to stay on the same level as our rivals. We had a problem at the start when a thread on one of the blankets for the rear tyres got tangled up and I had to start from the pit lane with very cold tyres. But during the race the car went well, the tyres held out perfectly on one stop and we controlled the temperature of the brakes and engine. But we need a couple of tenths to be up there and I hope we can take that step in the upcoming races. It won’t be through a lack of effort or work.”

Narain Karthikeyan: “Today we didn’t have enough pace so I focused on setting consistent lap times and trying to get the most out of the car. But on lap 9 we had a problem with the hydraulic pressure and steering of the car went rock solid, so I had to lift my foot off the accelerator. Unfortunately, Rosberg was coming from behind and couldn’t avoid me. It was tremendously unlucky but we have to leave it in the past and think about the United States Grand Prix in two weeks.”