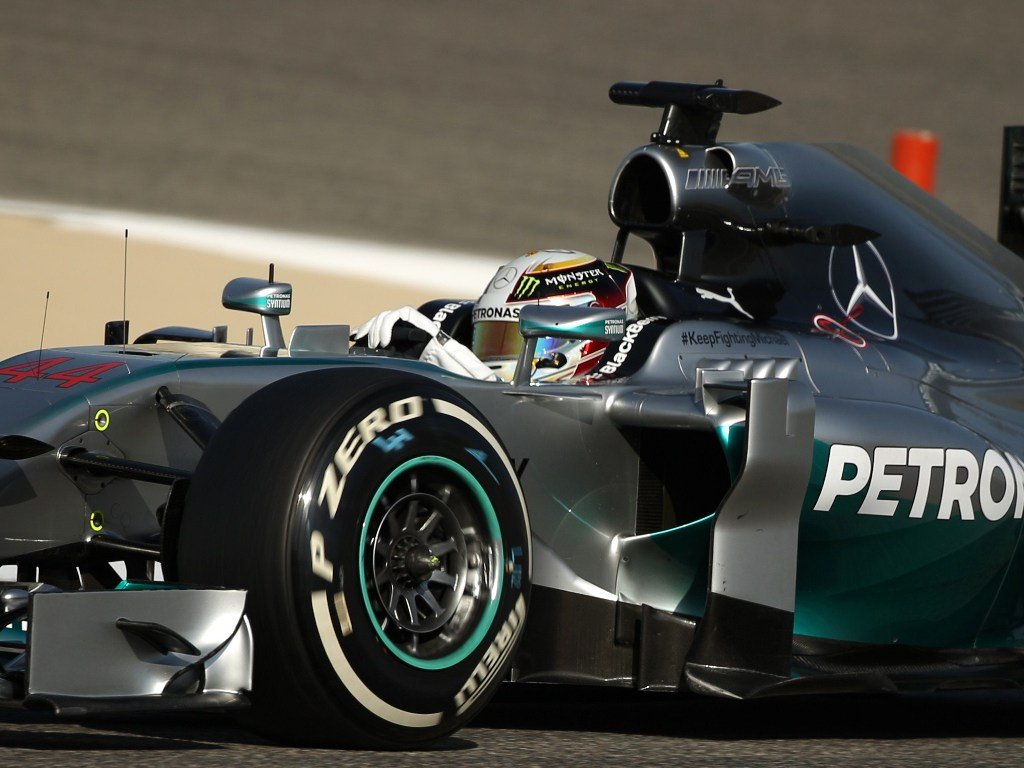 Mercedes:
Lewis Hamilton: What an incredible day. That was a really tough race tonight and I am absolutely delighted to have come home with the win. It’s a long time since I had a race like that! My weekend started off well but I didn’t really have great pace for qualifying and the race. I knew that I needed a good start and to go into the first corner in the lead was crucial to my race this evening. From there, it was such a battle. Nico drove fantastically well and, in all honesty, he had the pace on me today but I managed to hold on. I knew when the safety car came out that Nico would be on the option tyres and that he would be quick. To try and stay ahead of him was so hard and when I came across the line I was just so relieved. When you’re racing your team-mate, the pressure is really intense and we both knew that we had to bring the cars home for the team and for the championship. All credit to the team for allowing us to race and I hope the fans loved the show that we were able to put on tonight. A big thank you to the team, especially to my engineers for all the information they were giving me during the race, and to everyone here and back at the factories for all their hard work. Another one-two is just fantastic for us. I’m also very proud to have joined Fangio with 24 Grand Prix wins today, he’s one of the great racers of all time so that’s a real honour.”

Nico Rosberg: “It was a great battle out there this evening with Lewis and this kind of race is exactly why I am in Formula One; I love to race like today. Of course, it’s very disappointing to have finished second in the end but I gave it everything and it just didn’t quite come off for me. Lewis did a great job defending his position and, so often when I did manage to get past, I then couldn’t see him in the blind spot in my mirrors. Our strategy was good and to change it after the first stint was a decision that I made with the team. It was a slightly slower strategy but it gave me the best chance of catching Lewis at the end on the option tyres. The difference between the prime and the option was not as big as we expected however and that’s why I didn’t quite manage to get by. The positive must be that this was a great day for Formula One. The race was a fantastic show and hopefully it proves that the critics of our new technology are wrong. I can’t wait for China now and I want to end up on the top step there.”

Force India:
Sergio Perez: “This podium is an amazing achievement and one of the most special results in my whole career. This is a massive confidence boost, especially after the very hard season I had last year, and it was the hardest-fought podium I ever had. It was an amazing feeling to cross the line because the last few laps were very difficult. I had to keep up the pace and I knew the Red Bulls were coming. In the end we managed to stay ahead and score this very special result in only my third race with the team. I also had a great fight with my teammate during the whole race. When he got ahead of me after the first stop, I tried to keep my head down to get back ahead. I managed to do that when we were fighting with the Williams and that was the crucial moment.”

Nico Hulkenberg: “It’s a great day for the team and I’m very happy for the guys. The battle with Checo was very clean and fair, and when you’re fighting for the podium you give everything but always stay within the lines. It was good fun. The end of the race was hard because I had to battle from the moment the safety car came in until the end of the race. I was behind Checo and I felt I had a little more pace, but I was in dirty air and that caused me to struggle towards the end. I held back Ricciardo for as long as I could and I managed to stay ahead of Vettel. It’s a great achievement for the team and we’ve shown once again that we are competitive so hopefully we can keep up the momentum in China.”

Red Bull:
Daniel Ricciardo: “It was an awesome race; it was exciting. I think the first stint was a bit follow-the-leader, but from the second stint onwards, the race really started to turn up the heat and there were more battles going on in front and behind – it was good to be a part of them. We got close to the podium today, I think within half a second, so I was doing all I could. The car came to me as the race went on and I was happy with how I moved up through the pack, so a good day. It was good fun to race Sebastian, it was hard but fair and we left each other room. That’s what we want from each other and we discussed it beforehand, we’re racers and that’s what we enjoy doing.”

Sebastian Vettel: “I think it was a busy race today, especially at the end after the safety car, but it’s a shame we couldn’t get further up. Daniel proved that there was a little bit more to get from the car today, I couldn’t really get to that bit, so I’m not so happy with my day. For some reason we seemed to be really slow on the straights, and not just against the Mercedes. Merc has a stronger package, so there’s work ahead of us. It was straight forward with Daniel today, we worked well together as a team and we raced well, but surely I would like to have finished higher up.”

Williams:
Felipe Massa: “The start was fantastic, I did everything right and I had good grip and it all went well. We were in a good position and fighting but sadly the tyre degradation was worse than we expected. The safety car didn’t help the strategy as I think we should have been up with the Force Indias rather than behind the Red Bulls so that is a shame. Other than that it was a good race, with some good battles and to finish with both cars in the points is really positive.”

Valtteri Bottas: “After a poor start our race strategy was compromised. I had too much wheelspin and that lost me a few positions which is frustrating. We had issues with the tyres that were worse than expected but on a positive note we got some good points from both cars. We always want more though, so we will continue to work hard and look forward to the next race.”