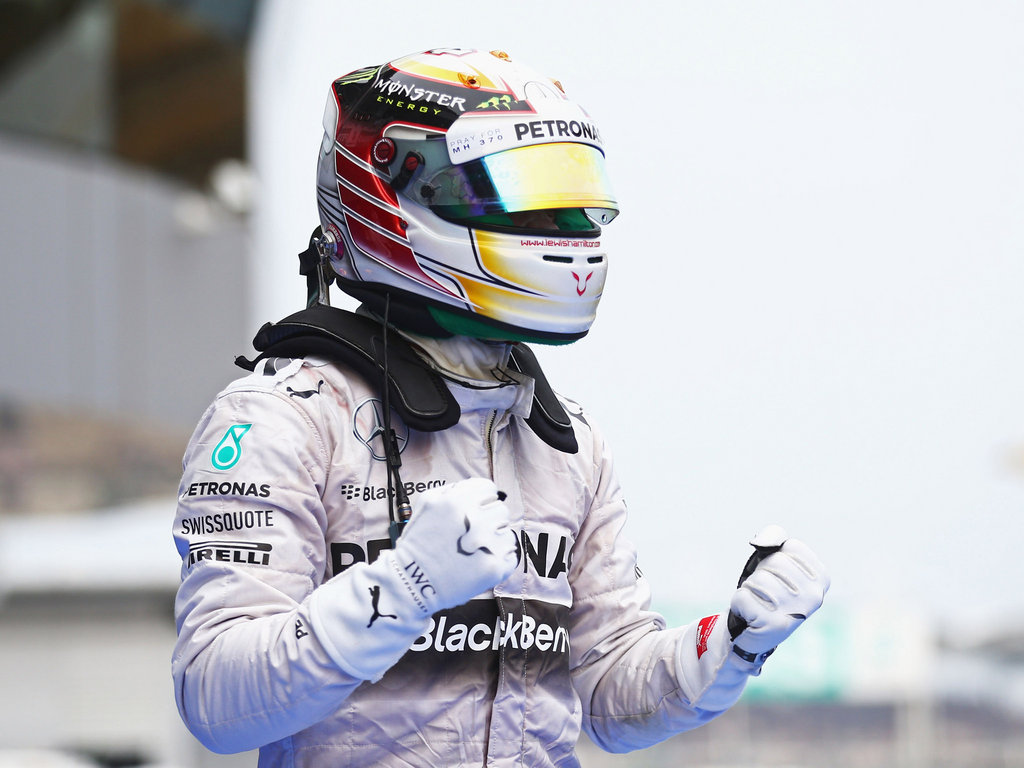 Mercedes:
Lewis Hamilton: “I’m incredibly happy today. This is my first win in Malaysia after eight attempts and to do it for our Petronas family in their home country makes it even more special. It’s all down to the team. They have done a fantastic job and I have to say a huge thank you to everyone here at the track and back at our factories who have been pushing non-stop to get the car where it is. The race was tougher than it perhaps looked today and the conditions here always make it a great challenge. But I was able to look after the car, the tyres and the fuel and still keep a bit of pace in hand which made my job that little bit easier. It’s great to see Mercedes leading the championship but we know that we have to make these early races pay. Anything can happen as we saw in Australia, so this is an important result for us. One-two finishes don’t happen very often and this is a real achievement for the team. Finally, I would like to offer this victory in tribute to all those affected by the tragedy of MH370. A special mention also goes to my step-mum Linda for her 50th birthday tomorrow!”

Nico Rosberg: “This is an incredible day for our team and for Mercedes-Benz. Everyone back at our factories in Brackley and Brixworth, and all employees of Mercedes-Benz, can feel very proud today. For the first time in the modern Silver Arrows era, we have achieved a one-two finish which is an incredible result. The team did a phenomenal job over the winter and my thanks once again for that. I also want to thank our partners Petronas. They have given our team so much support, along with the best products for our power unit, so we are proud to be associated with them and I hope they enjoy the celebrations today. I had a great start again, even though it was tight with Sebastian. It was very close at the wall and I just closed the eyes, went for the gap and did it. Later I was able to control the pace and to defend my position against Seb but Lewis was out of my reach, so congratulations to him for his win. I really look forward now to next weekend in Bahrain.”

Red Bull:
Sebastian Vettel: “We have certainly made a good step forwards, but we still have a lot of work to do. It’s great to get a podium finish today. Considering where we were, not even two months ago, I think this weekend is a massive step in the right direction. It’s a shame we didn’t finish with both cars, but it’s good to see the car is quick and we need the laps; for now it’s important to collect points. The guys are pushing back in the factory and at Renault – it’s been a massive job from them – and we’ll try to be up there very soon again. It was a shame to lose a place at the start, but third was our maximum position today, so I’m very happy with that. It’s a shame for Daniel with what happened, he drove really well.”

Daniel Ricciardo: “It was looking like we could have a solid points finish today; the race was going pretty well. The start was really good and I made up a couple of positions and I was starting to, let’s say, mix it up at the front, which is nice. It’s fun being up there and fighting for the top few spots, but then we had a problem at the last pit stop and then we had a puncture. I think we had a front wing failure and a few other things went on and then the stop-go penalty, so the race ended pretty quickly for us, it went from looking good to looking pretty bad in a short amount of time. I’m really disappointed, but at the same time there’s a little bit in me which is happy because I think I’ve come out the first two races how I wanted to, in a way. I still want to improve, but we’ve started off on the right foot, so for that I’m pleased and with a little bit of luck we’ll turn things around soon and I’ll get some points. I love racing up the front, it’s been a privilege so far and a lot of fun in the last couple of races. It’s a bit addictive actually, I want more, so you’ll see me up there plenty of times this year.”

Ferrari:
Fernando Alonso: “The points scored today are the result of a trouble free weekend, in which the small improvements on the car worked as we had expected and it ran very reliably. We definitely have a lot more work to do, because while we are moving forward, the others are doing the same. Everyone in our team is doing their utmost to close down the gap. There’s still a lot to learn in these early races, but it’s no secret that we definitely need to improve our top speed, as could be seen from my duel with Hulkenberg. I was able to get him thanks to fresher tyres, but we definitely need to up our performance right from the very next race. It will be very hot in Bahrain and the tyre compounds are softer. This might be an advantage to us, because on the harder tyres we are sliding a lot. Also, from the data we gathered there during winter testing, we might be able to extract more of our potential, but that will apply to everyone.”

Kimi Raikkonen: “I am very disappointed with how this race turned out, because I got a good start, but then the collision with Magnussen damaged my right rear tyre, which meant I had to make an extra stop. That wiped out any chance I had of fighting for a good finish. After the accident, the car’s handling was not the same, as the tyre had caused damage to the floor, which led to a loss of downforce. On my first set of tyres, I had some difficulties and it was only after the final stop, when I fitted the Mediums that it went better, but by then it was too late. Hard to say how things might have gone without that problem, because our rivals were very quick, but maybe I could have finished close to Fernando. It was a really unlucky day, but overall we managed to improve our performance and now we must concentrate on the positive aspects of this weekend and work to improve starting already next week in Bahrain.”

Force India:
Nico Hulkenberg: “Today was a super team effort and I’m very happy with fifth place. We were the only team among the frontrunners to do a two-stop race and we had good pace all afternoon. It shows that the team’s hard work over the winter is paying off and it feels great to be so competitive and fighting up at the front. We showed that we could manage the tyres well, although I felt a bit more comfortable on the medium compound tyres than on the hards, but we always had the tyre management under control. So I’m feeling happy that we can take all these positives to Bahrain and leave Malaysia with a good helping of points.”

Sergio Perez: “I’m disappointed not to have a chance to race today. We are still investigating the cause of the problem but the car kept going into neutral when I was downshifting on the way to the grid. I made it back to the garage but we could not find a solution. I need to focus on the positives because we learned a lot from the weekend so I hope we can come back stronger in Bahrain. It’s been a frustrating weekend for me but at least we are racing again in seven days and can look forward to putting the disappointment behind us.”