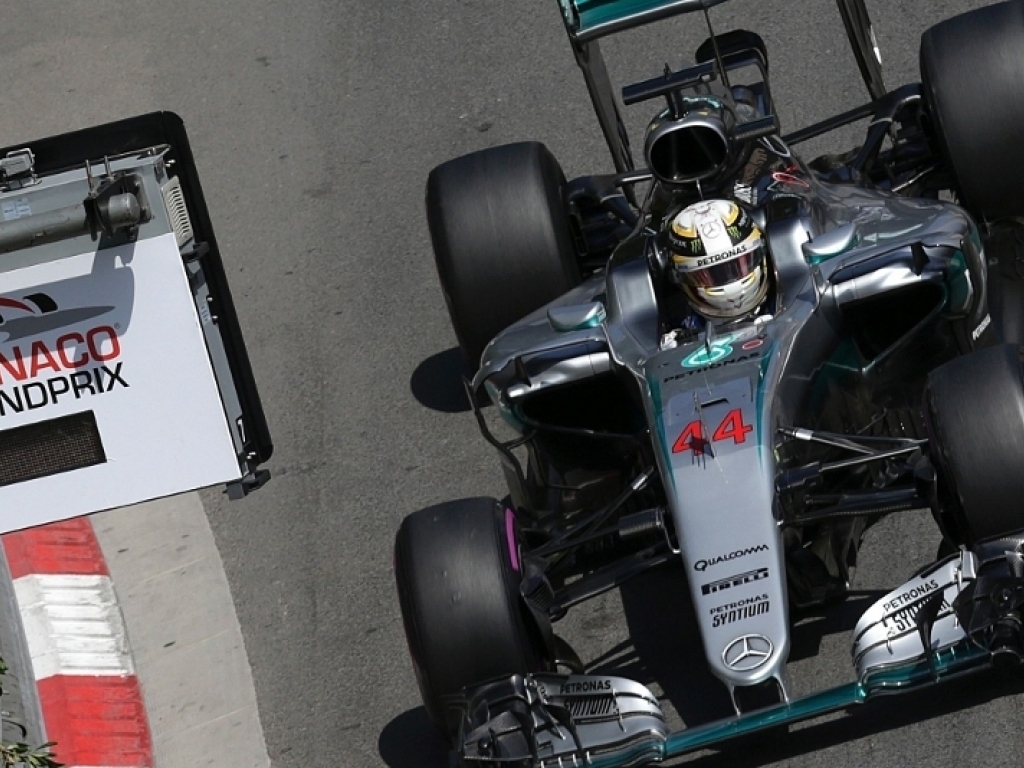 Mercedes:
Lewis Hamilton: “This might be the best place ever to have win number 44 – it’s been eight years since I won here! What a special day… truly one of the hardest races I can ever remember having. To stay in the zone, not make any mistakes and come out on top is just unbelievable. I walk along here every day and think about the greats who have won this race – the likes of Fangio, Moss, Hill and Senna – and it’s a truly amazing feeling to have my name added to that list again. It’s very unusual that I’m able to take any credit for a strategy decision – but when the team first asked me to box, I could see the track drying and my tyres still felt pretty good. So I told them all that and they said to stay out, which worked out great. I just carried on looking after the tyres – picking up the pace a bit when I saw what times people were starting to do on the intermediates as it dried out. I was matching their times at that stage so I thought “I could actually hold onto this until it’s dry”. Staying in that window was really tricky, though, as the first two sectors were almost dry. When I came out on the slicks it was like driving on ice. It was tough knowing how hard to push and we came out very close together. If he hadn’t had a bad stop I wouldn’t have been ahead. But these things happen for a reason – and today the reason was that 44th win. ”

Nico Rosberg: “In racing you have good days and bad days. Today was a bad day for me. I didn’t have the pace to fight for the win and we need to understand why. It was possibly a brake issue – but I don’t know for sure yet. I didn’t feel like I could push to the limit at the beginning of the race on the wet tyres. It was a simple decision to accept the request from the team to let Lewis past – even if it hurt very much in that moment. I was very far off the pace and Lewis quite clearly had the speed to win for the team. We’ve always had that rule – if you’re ahead and the other guy has a chance to win, you give him that chance. From there it just didn’t go my way. I had a tricky pit stop and was held in the box because there was traffic in pit lane. So the cars were just streaming by and suddenly I was down to sixth. Once you’re behind in Monaco that’s it – you’re stuck. At the end, Nico [Hülkenberg] had a lot more rubber left on his Soft tyres and my UltraSofts were finished, so I lost temperature in the drizzle and lost grip, which let him past too. That kind of summed it up, really. I’m massively disappointed with today – I really wanted to win my home race again but it didn’t work out. It’s been tough and I’ll probably need a day to take it all in – but then I’ll shift my focus to Canada and a chance to come back stronger.”

Red Bull:
Daniel Ricciardo: “On the extremes in the beginning we were quick and I did everything I had to. I asked a couple of times how the people on inters were doing but they said that my pace was really good on the extremes so we stayed out and that was no problem. And then they said “box this lap”. We put the inters on and then we came out behind Lewis. Then when Lewis pitted we tried to pit the lap later to overcut him. It was all prepared and then I came into the pits and there were no tyres. I actually hate being like this. I hate being miserable. I got a podium in Monaco. I should be extremely happy, grateful and thankful. I’ve been fast now for two races and that’s the positive, but again no win so I’m a little bit sick of being fast and not getting any real rewards. I don’t like being the sad story. To end it on a positive note, we are fast in all conditions, which is good.”

Max Verstappen: “Disappointed in myself and disappointed for the team, because they worked very hard to get the car ready and I didn’t give them the result they deserved today. We were in a good way, we were in the points and to start from the pit lane and end in the points would have been very good, but I learned from this and hopefully we can come back stronger in Canada. It was pretty tricky especially in the beginning of the race it was a very slippery track. It got better and better, the track was drying, and I think from then on we had great pace and I was overtaking cars, charging through the field and everything felt well. Then we put the softs on and I locked up. Unfortunately I went a bit off-line and of course then you arrive in the wet area and I was a passenger from there on. That’s racing in the end, it can go up and down very quickly but you shouldn’t back off because of this you should keep positive, keep pushing. I learn a lot from those moments as well and I’m already focusing on Canada now and leaving Monaco behind.”

Force India:
Sergio Perez: “A podium in Monaco is a very special moment. It’s one of my best ever races, especially when you see how difficult the conditions were today: you had to concentrate so hard and it was easy to make a mistake. The key to my race was the strategy and we got things just about perfect today. The first difficult decision was when to fit the intermediate tyre and we delayed this as long as possible. The team said it was my call when to come in and it paid off because we managed to jump a couple of cars, including my teammate. The switch to dry tyres was another key moment because I pitted early, a lap before Rosberg and Vettel, and managed to jump ahead of them. The soft tyres worked really well, but I knew I needed to look after them and it wasn’t easy because there was pressure behind from Vettel for most of the race. Everybody in the team deserves this result and I want to dedicate this podium to Vijay Mallya in particular.”

Nico Hulkenberg: “It was ultimately a disappointing race for me, despite getting back to scoring points. I feel the timing of our first pit stop was wrong and that cost me track position and put me straight into traffic. This effectively ruined my race, as I spent the rest of the afternoon stuck there. It’s very frustrating as I had the pace to be on the podium today, but this is racing and it’s just the way it often is in Monaco. I was able to finally get past Rosberg with a good move on the exit of the final corner: we were on worn out tyres, it started to drizzle and it was very tricky to keep the car facing in the right direction. I got a better exit out of the corner and I think I got him by just a car’s length. All in all, I still feel it’s a huge missed opportunity for me. The car was in the sweet spot, it gave me a lot of confidence and I just had a good feeling today, but it was not to be.”

Ferrari:
Sebastian Vettel:“It was a difficult race, I think I could have done better when I stopped and I came out behind Felipe. We made the right strategy call but then I should have found the way to get past, I think I lost the podium there. When I was behind him I was in the Intermediates tires, it was very slippery, very easy to get it wrong, but I feel I should have made it possible. Yesterday we didn’t do a good job in not putting the car in the place where we belong, yet I think we were very quick this weekend, the pit-stops were fantastic, a great job from the guys. But the rest is up to me and I apologize because I couldn’t get to the podium. I tried everything to close the gap to Perez, and I did come very close a couple of times, I was also lucky not to ‘kiss’ the wall at the end. Now it’s over, so in the end we got good points and after 6 races there’s a lot more to come.”

Kimi Raikkonen: “Today it was very difficult to get any grip in wet conditions, I was trying to drive as fast as I could but I was very slow. At one point, trying to downshift, I locked the rear a little bit, went straight and then I just couldn’t turn around at the hairpin. Unfortunately I touched the wall, took the front wing out and it got stuck underneath the car. After that I struggled to go forward and in the end I managed to get the car moving. When the team told me to park the car I was in the middle of the tunnel and couldn’t stop there, so I went through very slowly and then I parked the car. It has been a difficult weekend with a bad end result for me, now we keep working and improving, certainly we can do better next race.”