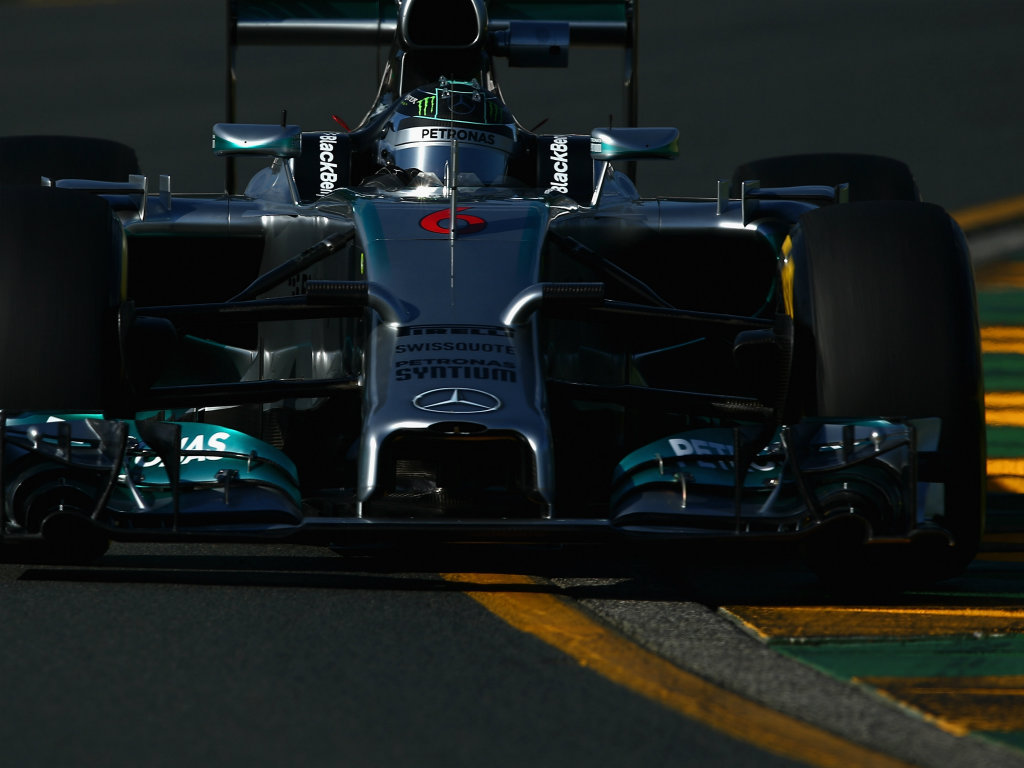 Mercedes:
Nico Rosberg: “That was an incredible day for us. To start the season with a win is unbelievable and I have to say a big thank you to everybody who was involved in building our car over the winter. I always dreamed of having such a strong Silver Arrow and now it seems we are there. In the race, everything went perfectly for me. My start was great and I was able to push from there until the end, with our fuel consumption well under control. However, despite our success today, we also know that there is still some work to do. We saw over the weekend that reliability is still a concern and it prevented us from having a strong two-car finish. We have two weeks to improve that. I am very much looking forward to Malaysia and I would love to race again tomorrow!”

Lewis Hamilton: “My start didn’t feel great today and I had a lot less power than usual when pulling away, so it was obvious immediately that something was wrong. It looks like we only had five cylinders firing and, while I wanted to keep going, we had to play safe and save the engine. It’s unfortunate but that’s racing and we will recover from this. We have a great car and engine, and the pace was really strong today as Nico clearly showed. Big congratulations to him and the team for achieving the win, it’s a fantastic result for us. Of course I’m disappointed with my own race and when I think about all the work that has gone on back at our factories, it’s tough to have a costly hiccup. However we have achieved an incredible amount to get here, to be at the front and to be so competitive; we will bounce back and learn from this. There is a very long way to go this season.”

Sebastian Vettel: Still to be released

McLaren:
Kevin Magnussen: “It’s just fantastic to be on the podium! What happened today just feels surreal. Being on the podium in the first race of my Formula 1 career – it’s amazing. My ‘moment’ at the start was quite scary – I got on the power a bit too quickly, and nearly lost it. But the car was fantastic today – I was always able to place it exactly where I wanted, and I had the pace to fight the Red Bull. I had a bit of a go at Daniel towards the ends of the race, but didn’t quite have the speed to get past. I want to say a big congratulations to the team for doing such a good job over the winter and for working so hard to prepare me for this – it’s just crazy! Where do we go from here? Well, we need to continue improving. And I’m sure we will. I’ll try to learn as much as I can, and to carry this experience forward to Malaysia. It’s a completely different circuit, so there’s no guarantee we’ll have the sort of speed we showed here today, but I’m sure the team will keep pushing as hard as they’ve done already this year. I’m very happy, and I’m sure the guys are happy to be leading the constructors’ world championship, as indeed I am too. That’s a big boost, and the guys completely deserve it. Me? I’ll just keep pushing as hard as I can.”

Jenson Button: “It was a great drive by Kevin today – I had a lot of fun chasing him and Daniel down at the end of the race, but my tyres were several laps older than theirs, so it was always going to be tricky. Still, I had a good race – the car’s balance wasn’t quite right when I was in traffic – I struggled with understeer when I was behind people – but the car worked very well in clear air. For some reason, it seems to be more difficult to overtake now than it used to be, so we had to do it during the pit stops. During my second stop, we damaged the nose – which made it a bit cooler in the cockpit! – but the guys did a great job of putting me in the right place at the right time. When the Safety Car came out, I quickly dived into the pit lane at the last second – which gained me a couple of places. And then the second stop gained me a couple more. They were both great calls. As a team, I think we can be very proud of the job we did today. I don’t think we expected to be leading the constructors’ world championship at the end of this weekend, but I think the pace in the car is generally there: in clear air, we seem capable of fighting every team except one. I’m really looking forward to getting back in the car in Malaysia. It’s been an emotional day for me, but it’s been great to have my sister, my fianc