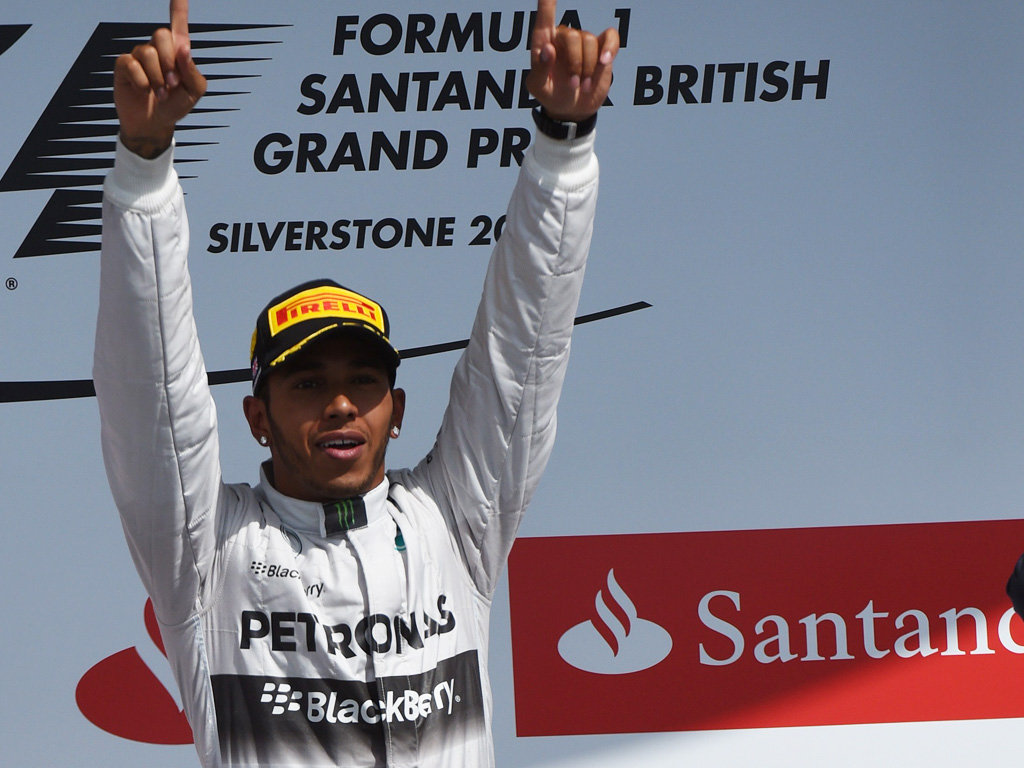 Lewis Hamilton secured his fifth win of this season, beating Valtteri Bottas to the chequered flag in Britain. Dan Ricciardo was third…

Mercedes:
Lewis Hamilton: ” Winning in front of your home crowd is just the best feeling. We really do have the greatest fans here and thank you so much to everyone for your patience after yesterday. To see the support all around the track is just amazing. I said before that I’d never give up but it was a tough qualifying and I really needed to dig deep and come back positive this morning. A huge thank you to my family and all of the fans for pushing me on – I couldn’t have done it without them. Nico had a pretty big gap at the beginning of the race but I kept pushing and was happy with my pace. After extending my first stint, we switched to the prime tyres and I honestly couldn’t believe the pace that I had and was closing up to Nico. Of course, he then had a problem and I saw him pull over. It’s a shame for the team and I never want to see a team-mate fall behind – I always want to battle it out – but I’m sure we will get to do it again in the future. It’s been a rollercoaster weekend and to come away with the win after a day like yesterday is fantastic, so thank you to everyone in the team for all their hard work. I’m proud to have done it for them here – so close to our factories in Brackley and Brixworth.”

Nico Rosberg: “It’s a pity what happened today as I lost a lot of points in the Championship. We are always aiming for 100 % reliability but unfortunately that didn’t work out for me today. I had a small issue in the installation lap but the car felt great in the beginning. By lap 20, though, the gearbox started to become a serious problem and from then it got worse. I tried to get it into some safety settings, let Lewis through and just keep going until the end of the race. But there was nothing we could do so I had to stop the car. All I can do is accept that these things happen and work with the team to find out what went wrong. It’s a shame for the race in a way, as it could have been a great battle against Lewis, but congratulations to him for the win. Now we are heading to Germany with the quickest car and I’m looking forward to a home Grand Prix for both Mercedes-Benz and myself.”

Williams:
Valtteri Bottas: “We knew that this race would be good fun. We knew we had a quick car and maybe it surprised us it was so quick. The first stint we went through the field fast and that needed a bit of risk. I am so happy for the team, they have worked on race pace and it shows. We were thinking about points today not the podium, and the strategy guys did a great job. I really felt for Felipe today in his 200th race, and it was so nice of him to come to the podium with the team; I really appreciated that. We are a stronger team than we were in the first few races and it won’t be easy to stay near the top but we are doing a great job of it at the moment.”

Felipe Massa: “It has been a really difficult weekend. It was a bad start but after that I could catch up everyone and pass cars in the first few corners. The car felt great. Then there was the accident. Kimi came across the track and I never really had a chance to miss him, and sadly the damage was too much to continue. Luckily I turned as it could have been a worse accident. I hope Kimi is ok but it’s a weekend to forget for me personally; not the 200th Grand Prix I had planned.”

Red Bull:
Daniel Ricciardo: “I feel good! This is the best third place I’ve ever got. I’m not normally ecstatic with a third but I really am today, obviously to redeem myself from yesterday and also the fact that I don’t think we had an awesome race car today, but we made it work. We used the cards that we had and played the game well, so I was really happy to make a one stop work. For the last two laps, I saw Jenson coming and thought I was probably going to be a bit vulnerable but we held on. The one stop wasn’t planned. We pitted quite early on the Prime because we were quite slow and it wasn’t working, so we came in for the Option and, at one point, my engineer pretty much said alright four laps to go on this tyre then let’s box. I said the pace seems OK, the tyres aren’t getting any worse and let’s try and stay out or at least think about keeping me out there and he said OK we’ll look at our options. Then, a few laps later he said do you think you can go to the end, there’s 15 or 20 laps to go, and I said, at the moment I think we can give it a crack. And so, yeah, we did and it paid off!”

Sebastian Vettel: “It felt very close with Fernando – maybe a bit too close! It got a bit silly when we both started to complain about the other going off track; I don’t think the people care too much if the car is a little bit to the left or the right. I got the message that I should respect the limits and that he was complaining, so I was doing the same thing. I’m not sure who won the list keeping. I think twice it was maybe a bit too harsh into Turn 6, but it was good to get the move at the end. I expected to get third today, the pace was there but the strategy wasn’t right. I’m looking forward to my home race in Germany; it’s always special to race there.”

McLaren:
Jenson Button: “Circuits with high-speed changes of direction aren’t really our car’s forte, so I think we can go away from Silverstone feeling encouraged by what we achieved this weekend. Specifically, it was great to have such a good fight with Fernando [Alonso], and it was encouraging to be able to pull away from him and Sebastian [Vettel] in the last stint. At the end, I crossed the line only 0.9s behind Daniel [Ricciardo]; if there’d been just one more lap, I think I could have made it past. I got so close to a podium finish – and I think it would’ve been so great for the fans to see Lewis and me up there together. I’m sorry it didn’t quite happen, but I want to say a big thank-you to all the fans, and to my family, and last but not least to the entire McLaren team – everyone has been so supportive this weekend. Looking to the future, although today has seen us take another step forward, it’s apparent that we still have a lot of work to: for example, even though Williams started behind us [on the grid], they still beat us today. Nonetheless, we’re certainly not giving up. On the contrary, it’s important that we continue to work hard to develop this car, so as to score as many world championship points as we can this year and learn as much as we can for next year.”

Kevin Magnussen: “Today has been a good day for the team – we scored 18 points – so we should feel reasonably satisfied, because we’re continuing to improve. Also, the engineers and mechanics did a truly great job this weekend. Having said that, all the other teams are continuing to improve, too; so our challenge is really about making progress faster than the others do. My race went okay – we struggled a little on the Option [tyre], and we had much better pace on the Prime. It’s always frustrating when you slip back through the order a bit – but I made a really good start to be third initially, and after that I struggled to keep the Ferrari and Red Bull behind. So, as I say, I think we should be reasonably satisfied with seventh place. But I’m really pleased for Jenson, who was able to score a great fourth place for the team. Last but not least, I want to pay tribute to the Silverstone fans. It’s been fantastic racing in front of them all today, especially as so many of them are McLaren fans. I’d love to have finished a bit higher for you, guys, but I don’t think we had the pace today.”