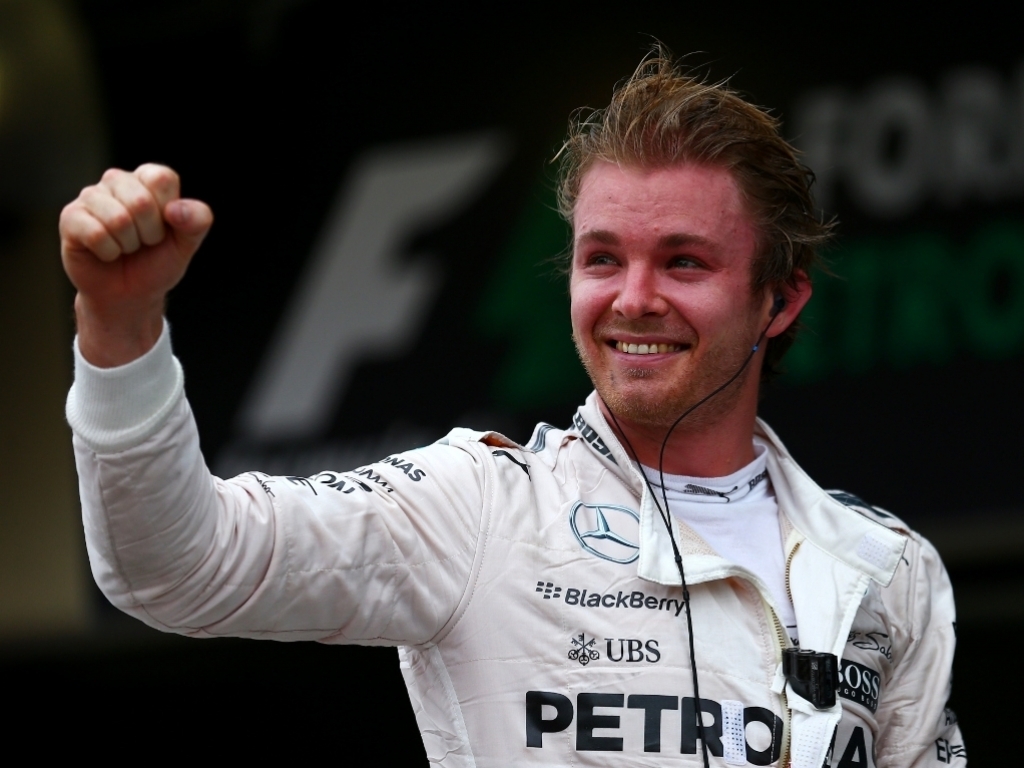 Nico Rosberg once again gets the better of Lewis Hamilton as he wins the season finale in Abu Dhabi.

Mercedes
Nico Rosberg: “This is the perfect ending to the season for me – something I hoped for so much after a tough year. To finish with six poles and three wins in a row is awesome. I am so happy that I found some performance at the end of the season. I also made my peace with this track after the toughest moment of my career here last year, which is a nice feeling. Today was really a perfect race. The start, the pit stops and the tyre management were all really good and I felt like I had it all under control. Thanks so much to my team for this amazing Silver Arrow – everyone at the factories and the track has done such an incredible job all year. I would love to start the 2016 season tomorrow – but I know that´s not possible. It’s strange, I’m enjoying the moment so much – but I’m thinking already very much of next year what I could change and where I can improve. We will all now have a well-deserved break with our families and I look forward to spending some more time with my wife and my little daughter.”

Lewis Hamilton: “That was a very difficult race. My tyres were done at the end of the first stint sitting behind Nico. The second stint was very good – but I don’t really know what happened strategy-wise at the end. I haven’t finished the season as strongly as I started it – but what an incredible year it’s been. This team has done a remarkable job, so a big thank you to everyone back at the factories. I wouldn’t be standing here as World Champion without them. I’ll go away now for the winter aiming to come back stronger, fitter and straight on top of our new car for 2016.”

Ferrari
Kimi Raikkonen: “It has been a nice and clean weekend, the car was handling well and we had no issues. In the race I was pretty happy with the speed and everything ran smoothly . We only had a small delay in the pit stops, which dropped us off a bit and we did not manage to really challenge the Mercedes. I think today we could have been closer, but third place here is an OK result, even if we always want to win and challenge for that. If we think where we were last year, there has been a really good effort from all the guys in the team. We have been pretty satisfied with the car all year long and the results have got better. Next year there is a new challenge and a new car: I think we have to keep doing the same things we did this year, improving consistently and working as one team, following the progress we did this year. Nobody knows what will happen next year and it’s too early to start guessing. We can only do our best and then we’ll see what the others do. Only time will tell.”

Sebastian Vettel: “Obviously I would have loved to get the podium again, but I think today’s result was the best possible one for us as a team. I lost quite a lot of time at the beginning and then kept playing catch up until the end. The pace was good, especially in the first and final stint, the car was also good and I managed to do some overtaking. I was very happy, it was good fun. We knew from before that Kimi and I would have crossed path with each other, as we were on very different tire strategies. It was clear that when Kimi would be close enough I would give him way to haunt the Mercedes: unfortunately that was not enough to achieve that, but I did not want to be in his way. I think we can be very happy for this season. Of course the last step to catch the Mercedes will also be the hardest one, but if you think about where we were only one year ago, this has been a miracle season. I can’t think of any other team which improved so much over a year. Big smiles are going around in our garage and for next year we want to increase the amount of smiles. I’ m very happy to have joined the team in this moment and to have had an opening year with Ferrari like I had. Hopefully we’ll have many more good ones coming.”

Force India
Sergio Perez: “It feels great to end the season with a strong performance and I’m very satisfied with how everything has gone this weekend – both in qualifying and the race. We pushed hard to try and beat Vettel today, but he had too much pace on the supersofts and it wasn’t possible to hold him back. The rest of the race was straightforward for me, with no big dramas, because I was on my own looking after the tyres. When I was running fourth I was pushing very hard to stay within Vettel’s pit window, which took a lot from my tyres and meant that Ricciardo was able to get close to me at the end of the race. Fortunately I had enough left to hold him off. I think we got the maximum that was available to us and we can be proud of our performance. Looking back on the whole season it’s been my best year in Formula One and the most successful year for the team. There is a lot of potential for next season and we will be aiming even higher.”

Nico Hulkenberg: “The race was a bit of a struggle at times, and I had a hard job on my hands. The start was pretty good – everyone went to the inside so I stuck to the outside. It was a brave move and I was able to make up a few places. However, I had a lot of understeer and it was difficult to get the car to turn in, especially at a track with so many tight corners, so I suffered in the first two stints. The final part of the race was a bit better and I was able to get into a rhythm, which was important to keep our position. It was a tough race so it was a really good result to come home with seventh place. It’s been a good season for the team and we will be aiming to build on it over the winter months. From a personal point of view, it hasn’t been one of my best years but it gives me an opportunity to learn from what happened and come back stronger. I am already looking forward to 2016 and working hard to make sure we are competitive from the first race of the season”