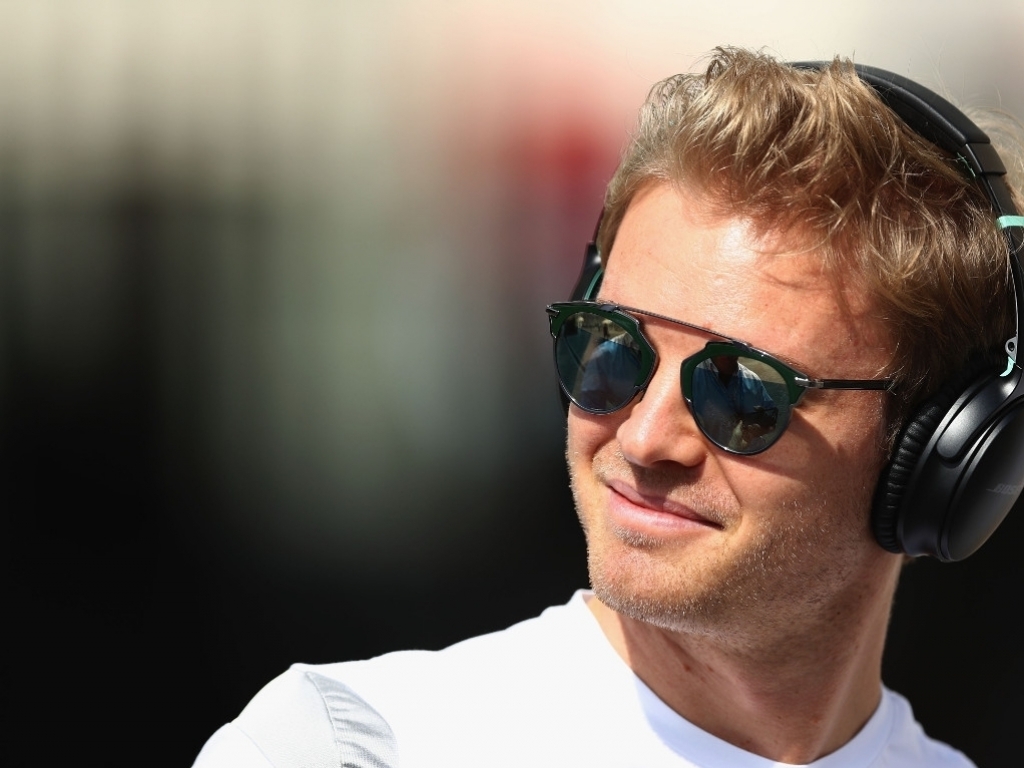 Nico Rosberg claimed his first ever World Championship in his career after second in Abu Dhabi, while his team-mate Lewis Hamilton won the race.

Mercedes:
Lewis Hamilton: Yeah, obviously happy with the win, it was relatively easy to get the win in the end. Great job by the team throughout the weekend and through the year so big thank you to everyone there. I knew being in the lead I knew I was losing the world championship, I was hoping that Sebastian… I heard the pace he was on and I knew I could do that pace exactly, so I was hoping that he would close up, but I guess he said his tyres were going off towards the end and Nico drove well to not make mistakes.

Nico Rosberg: The feelings out there in that battle with Max… unreal, really unreal. I hope I don’t experience that again any time soon. And the same again at the end, you know: pressure on from behind, Lewis driving slow at the front. It was a tough one. don’t drive for credit, I drive to win the World Championship and I have achieved that and it was my childhood dream to win the World Championship and that’s done and that’s what I’m excited about and I look forward to celebrating with all the people who have been supporting me.

Ferrari:
Sebastian Vettel: “I think it was an important race for us today: in the final laps, I would have liked to gain two more positions, because the speed was there; but it was difficult to make the move because the car in front also benefited from a tow. Nevertheless as a team we deserve this podium, and I hope it gives some momentum to all of us. It has been a tough year, with lots of up and downs, so I am really happy with this result. About our global performance in 2016, I think we don’t need to find any story or invent something. I think we expected more; but after the first half, where we could have scored more points, I think we showed real strength by coming back. In the last couple of Grand Prix we had very good race pace, always enough to match Red Bull, and probably even a bit quicker: but that was not the case on Saturdays, and that made Sundays more difficult. Overall we showed the stamina that the team has. The spirit is unbroken, and I know that we will work hard, because Ferrari deserves to come back. All in all we learned a lot, we made a lot of progress. Today is Nico’s day, well done to him. I think you don’t win the Championship by luck, and it is a sign of respect to give him this. He is a deserving champion.”

Kimi Raikkonen: “It was not an easy race for me, the car was pretty ok, but I suffered with the tyres, to make them last. I was constantly trying to keep the fronts alive. After the start I was in a good position, but I struggled with the first set of softs: at the end of the stint they kind of came back and improved, but we kept losing places. When Seb came close to me, I knew that he was on a different strategy and I let him go. Obviously it has been quite a tricky year, far from what we want as a team, but lately we have been working well, doing the right things. Now we need to keep working this way and hopefully next year, with the new car, we’ll be where we want to be.”

Red Bull:
Max Verstappen: “I am very pleased with my result and how that race went. After being last after turn 1, having to fight my way back and doing it all on a one-stop was the best we could do and I am happy we pulled it off. I knew I was going to come under attack from the two-stop guys as they obviously had more life left in the tyres, I don’t think I could have held Seb off at the end. When you still finish in front of guys who did an extra stop you have to be pleased with the result, especially as we also finished so close to P1. It was an unfortunate tap at the start which caused the spin, it was just a racing incident though and these things happen. I think Lewis was trying to back us up, and I probably would have done the same, you have to try these things to win a championship. It is very nice to finish the season fifth in the championship and to have had some really good results along the way. After yesterday I wasn’t too happy, so now we finish it on a high. It has been a special season for me this year and I am really excited to get next year underway and hopefully bring more success.”

Daniel Ricciardo: “I don’t want to be too down as I’m still fifth. I’m just frustrated in how the strategy played out in the end. We had the supersofts at the start and it was still going pretty well and we tried to make a move on Kimi. For sure it was close but we didn’t pull it off and that really hurt me. I think we should have just gone long and one-stopped but in hindsight it’s always easy to say. I saw Max spin in mirrors in turn 1, so I thought he was out of the race and then he does a one-stop and fights for the podium so he did well. I just feel we hurt with the two-stop strategy as the supersoft was a good tyre today. Hats off to Nico. It must be an amazing feeling to be world champion. They both pushed each other until the end and it’s nice to see the title go down to the line like that. Looking at the season overall I’m super happy and very pleased with the year. It’s definitely been more highs than lows this year with a lot of podiums, satisfying races and a good chunk of points. I got amongst it when I could so I think it was a good 2016 for sure. I’m not going to get too caught up with thinking about next year, but if we woke up in February for testing and the car’s quick then you’ll see me fighting for it (the title).”