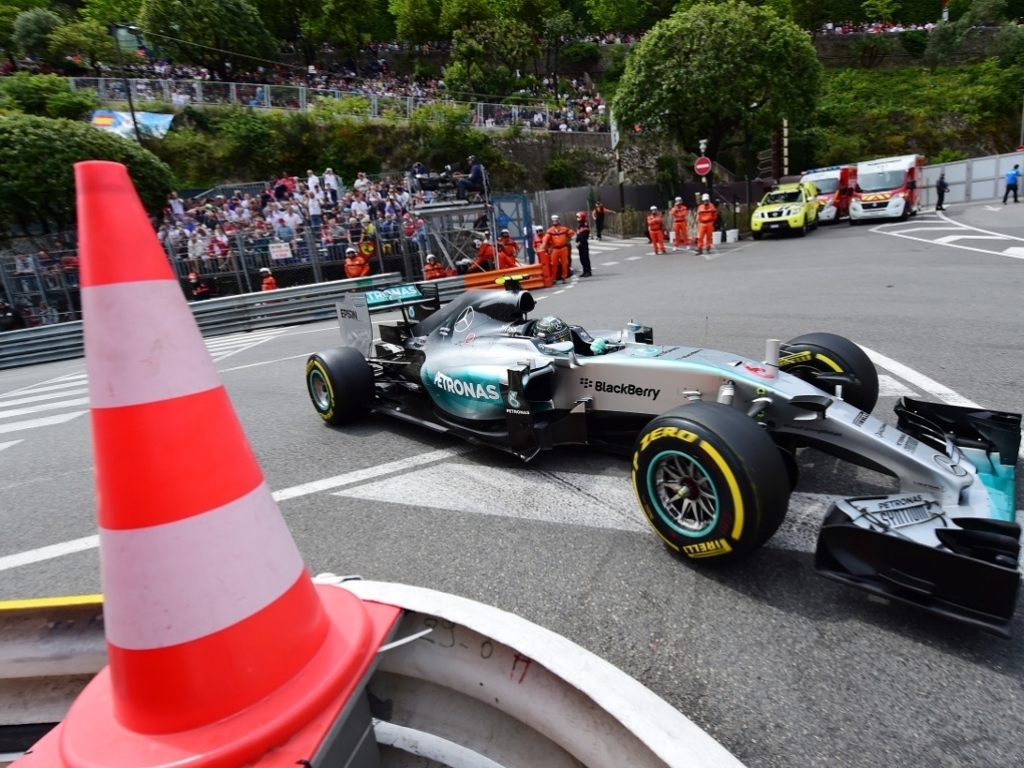 Mercedes
Nico Rosberg: "That was my luckiest experience in racing so far. What a crazy race. I was surprised when I saw no one else behind the safety car than me. I didn;t know what was happening in that moment. But I concentrated on getting temperature into the tyres as they felt like ice. Until the safety car Lewis has done a perfect job, he was better than me over the weekend, so he definitely deserved the win. I know how horrible he must feel now. This weekend was a warning for me that I have to work even harder for the next race in Montreal. For sure I also feel happy to win again here in Monaco. It’s always so special, and one part of me will celebrate that victory today. A win is a win."

Lewis Hamilton: "I can’t express the way I feel at the moment. I saw the team out in the pit-lane on one of the screens and thought Nico was pitting. I came in with full confidence that the others had done the same. This is a race that’s been close to my heart for years and it’s special to me, so I really wanted to win. The team have been brilliant all year, so I don’t blame them. We’ll analyse and work out what went wrong, but we’ll do that collectively and try to improve for the future. I always say to my team and my fans, we win and we lose together. You live to fight another day."

Ferrari
Sebastian Vettel: "Today we took everything we could and it is nice to end up in second place. I tried to be agressive on the start, but I couldn’t get the second position straight away. We had a good pace and we put the Mercedes under pressure, closing the gap on the pit stop and not letting them get away at any point, but obviously it was not enough. We tried the undercut but they replied a lap after and unfortunately they came out in front. In the last laps Lewis with the Supersoft tyres behind me was putting a lot of pressure, it was really difficult because for some laps my tyres were really cold and I was struggling to make sure I stay on track, I was focused on having good exits. There is still something we need to understand and to learn, if it’s colder in qualifying on one lap it is difficult to get the tyres work; this is something we need to improve. I want to thank the guys in Maranello, the engine was fine and very good on the straights so that we were safe staying in front. In all areas there’s a lot of work going on because we want more, we keep our feet on the ground knowing where we want to go and were we want to be. I’m very happy, it was a great race and the team gave 100%. In Canada the track layout is totally different, but we will try to be competitive there as well."

Kimi Raikkonen: "We knew that after starting from sixth position it would have been a difficult race. I was all the time behind slower cars and there was no way to overtake them even if I had a much better pace. At the the pit stop we managed to pass one Red Bull, we gained one place but we lost it for a stupid reason. I was following my normal line when Ricciardo hit my rear tyre and pushed me wide, regaining the position. It’s not very clear what you are allowed to do, it’s really odd but there’s nothing we can do. For the next races we have to make a better job overall to make sure we get tyres working and things sorted out without mistakes on Saturday in qualifying. This will make our life a lot easier on Sunday. Now we go to Canada a bit happier overall but it’s too early to make predictions, we have similar tyres but the layout of the track is completely different, so let’s wait and see."

Red Bull
Daniil Kvyat: "I am happy with today’s race, it was my best finish in Formula One and it was a great result for the team to finish fourth and fifth. I had a good start and was able to control my race from then on. We took a gamble with strategy allowing Daniel past after the last safety car to try and fight for a podium position, as he was on the faster Supersoft  tyres. But as he was unable to pass anyone, as agreed, he gave the place back on the last lap. We hope we can carry this momentum onto the next races.”

Daniel Ricciardo: "It was a good race today and a good result for the team. I had some fun in the last few laps trying to get close to Hamilton and Vettel to fight for a podium position. I knew we were in a position to attack in the end which made it exciting I think. The team worked well, Dany let me past to have a crack at the podium and I gave back the place on the last lap when I couldn’t get past Hamilton. I had a little incident with Kimi and it’s hard to get a clean move without a little contact in Monaco, I appreciate the stewards not taking any further action and I think the crowd and the fans enjoyed it. We’ll try and keep up the pace in the next few races to hopefully stay in the top five."