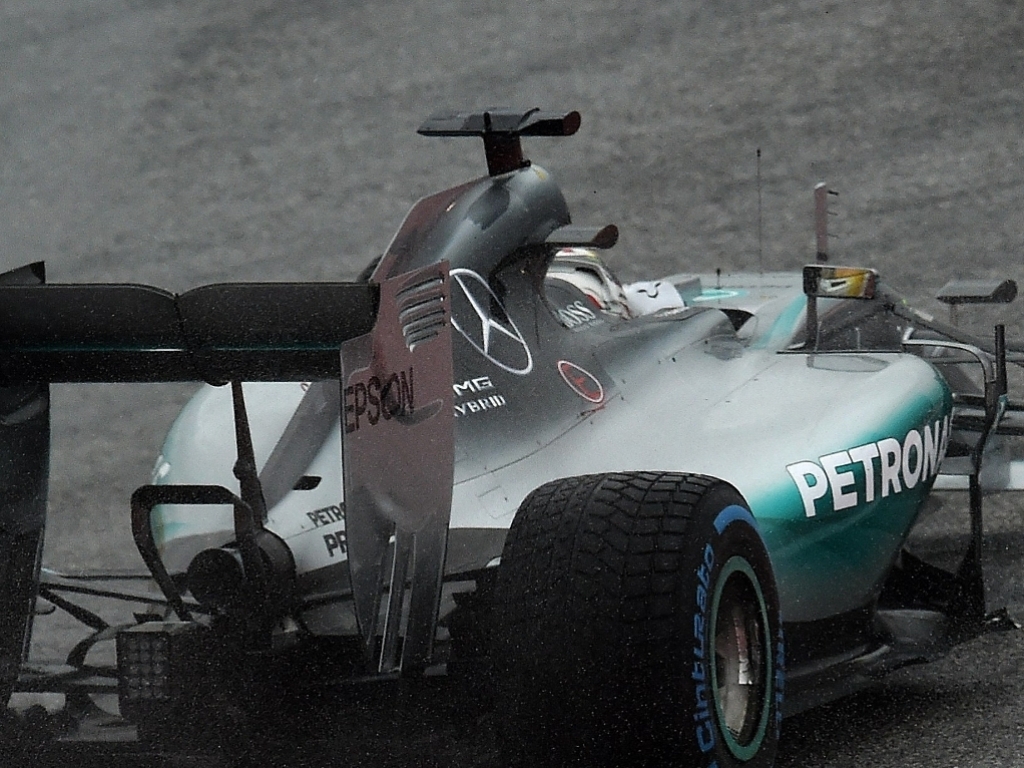 Mercedes
Nico Rosberg: “Congratulations first of all to Lewis. He drove a strong season and deserves to win the title. In terms of today, this was a frustrating race for me. To lose the lead with wheelspin hurts very much. It’s even more tough because I was very happy to have recovered from the Turn 1 incident with Lewis. He didn’t leave enough space and drove into me, which was one step too far because I was leading in the middle of the corner. But this is something we can discuss together as a team at another time. I need to recover now from this tough day but I’m sure I will.”

Lewis Hamilton: “It’s an overwhelming moment. Remembering my first British Championship, when my dad and me drove home singing ‘We Are the Champions’. Thinking about how much my family sacrificed – my Mum, my Dad, my whole family. And also thinking about my fans. They give me so much energy and I hope I inspire them to never give up on their hopes and dreams. The race today was really amazing and anything could have happened. The last 10 – 15 laps were extraordinary – it was just a crazy, crazy race. I was in the lead, then I was fourth and the conditions were really tricky. Nico was driving really well, too. All the way through, I was thinking; “The Championship is there somewhere… how can I get it?” It was so close I could smell it and there was never a moment I didn’t believe I could do it. It’s just incredible to equal Ayrton, too. My target was always three titles as he was the one who inspired me. There is no one I want to equal now – I just want to carry on as far and long as I can. For any driver, you want to win in anything you compete in – but this is the ultimate goal. Championships mean greatness – yours and your team’s! This Team has been so amazing. I feel incredibly thankful. I thought I would win with this team, so that’s why I moved… and I did!”

Ferrari
Sebastian Vettel: “We tried to spoil Lewis’ party today! In the end maybe I should have taken more of a risk with Nico, but it was not possible. It is a shame, but let’s not forget where we started this year. Today it was another great race, a great recovery and the car was fantastic. I think you can’t ask for more if you start from P13. A good first lap helped a lot and after that we had the pace, especially changing to the dry tires in mixed conditions. We seemed to fly for a few laps, a couple of seconds quicker than everybody else. Maybe without the last safety car we could have won the race: but if ‘ifs’ and ‘buts’ were candy and nuts… It was a difficult race and we managed it very well. I can only say “grazie tante” to everybody on track and in the factory. So on one hand we are happy, but it is not a nice feeling when you are out of the fight. For the next year this gives us a boost, trying to do make progress. Hopefully we will give them a bigger challenge.”

Kimi Raikkonen: “The first part of the race was more or less ok: the car felt pretty good all the time, I had the speed and I was able to fight with other cars. After the tires change I made a mistake, I pushed a bit too much, the rear end got loose, so I went off and hit the wall. The front of the car got stuck on the advertising board, I kept turning the wheels for a while, then I managed to get off and go back on the track. I had a slow puncture on my rear left tire, and I also damaged the right front end: we changed the front wing and the car was ok, but the brake duct had failed and the brakes got overheated, so I had to retire. It’s not very nice when you have a race ending like this: we have the right tools but we have to put things together, make no mistakes and achieve a proper result. Congratulations to Lewis and the whole team, he did the best job out of everybody and deserves to be the champion.”

Toro Rosso
Max Verstappen: “I really enjoyed today’s race! A fourth position is a great result, definitely the best we could do today, and I’m just really, really happy! There were some very good battles out on track and I’d say this was the most complete ace of the season so far, everything worked out as it should have: I made no mistakes and the team did a perfect job with the strategy, making all the right calls. It was difficult to know when to make the move on to slick tyres, because you never want to go too early and lose time, so you just try and wait and see if someone else does it… When I heard over the radio that another car was on slicks and not doing too bad, I said okay, now we go. Once on the Softs, I didn’t risk much as I knew I had to look after the tyres and we managed to get to the end in a strong way. I’m delighted with today and I’d like to thank the team for all the efforts this weekend.”

Carlos Sainz: “What a mad, amazing race! We were fast from start to finish and I’m really happy with today’s result, my best so far this season. To start from P20 and to finish P6 is just unbelievable. Okay, P7 after adding the 5-second penalty for speeding in the pit-lane because of the pit-limiter not working is a bit of a shame, but I’ve still got a very big smile on my face! It was an action-packed race, with many safety cars, tricky pit-stops, plenty of overtakes… I really enjoyed it out there this afternoon! My race engineer even said over the radio that I was “on fire”, which made me smile! I’d like to thank the team for getting the car ready in time for the race and I’m happy that I’ve been able to reward them with such a positive result after a troubled morning. Max also did a great job and it’s great that the team got so many points today, we definitely deserved it!”