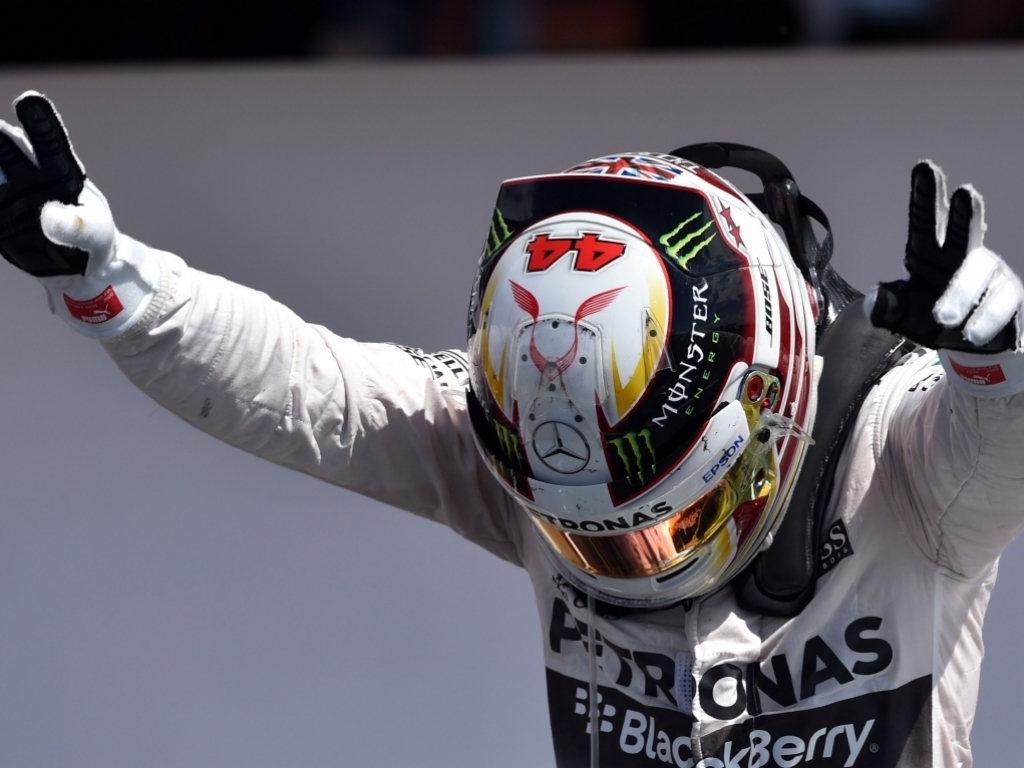 It's a sweet victory for Lewis Hamilton as he fights back to take victory at Silverstone while Seb Vettel came from nowhere to claim a podium spot.

Mercedes
Lewis Hamilton: "It’s been a very, very special weekend for me. I thought I’d seen it all last year but the fans have just been unbelievable. I could never have imagined this level of support – this one is for them. Thank you all so much. I’m delighted for the team – everyone back at base has done an incredible job to build this amazing car and everything today was just perfect too. Huge thanks to every single one of the team – it’s great to get this result for them at home. The race obviously got off to a bad start but the guys did a great job with the first stop to turn it around. Then, when the rain came, it was really tough out there in a different way. As the one in front it was so hard to judge where to push and my front tyres went so cold. I think that’s the best pit call I’ve ever made to come in at that time. From there it was just bringing it home. I have to admit, as I came round that last lap I was welling up seeing all those people on their feet. What an unbelievable day and an unbelievable feeling. I’m so, so grateful."

Nico Rosberg: "That was an exciting race for me. I had a really bad start – losing two positions and therefore being stuck behind the two Williams cars for a while because overtaking was impossible. Lewis managed to clear them in the pits but unfortunately that didn’t quite work out for me – although it was close! Then, when the rain came, I was able to ramp up the pace, overtake them and close the gap to Lewis. At that point I really thought I could win the race. But then he made the pit stop – which I thought was a wrong decision at that moment until suddenly it started to rain heavier. It turned out to be the right decision from Lewis, as I had stay out one more lap and lost too much time in the wet with my slicks. That was the decision that made the race and I had no chance anymore. But, all in all, it was well deserved by Lewis as he did the best job over the whole weekend. Another 1-2 is great for the team and for all of our colleagues in the factories. Thanks for this great car!"

Ferrari
Sebastian Vettel: "I had a really bad start, I nearly didn’t get off the line and lost positions. At the restart I made up a position, but I lost two as a consequence. It didn’t seem to come together at this point, a bit like the whole weekend for us, but then we were able to turn it around. We recovered through strategy, mostly by being very aggressive. I was in touch with the team all the time, it was not easy to take the right decision with the weather. But we did a great call to pit just in the perfect lap, made up a lot of ground and finished on the podium. I’m sorry for the people that got wet, but the rain helped us today! It was in the end a podium finish that we deserved, as we made the right call at the right time. Williams did a small step forward, for us I think we just didn’t find the rhythm at this weekend. There is plenty of things we have to learn and understand quickly. We are not in favour of these hard tyres, but it is the same for everyone, so no excuses allowed. If you look at the gap to the first two cars, it was bigger than normal, so it is up to us to come back for Hungary."

Kimi Raikkonen: "In the early part of the race we were stuck behind Hulkenberg’s Force India, they were too fast on the straight and in the places you could pass, while we lacked some speed. It’s a pity because the handling of the car was good through the whole race and the behavior was definitely better than yesterday. When it started raining heavily, the track became very slippery, especially in Turns 7 and 8; so I took the decision to come in the pits for Intermediate, but then the rain stopped. Probably I made the call three or four laps too early. But in general, this kind of track is not ideal for us, and this is something we have to work on."

Williams
Felipe Massa: "It is a frustrating result because the race was amazing today. I had a fantastic start and we were fighting with Mercedes the whole time, it could even have been possible to win the race if it had stayed dry, which is great to see. It was a shame to lost positions in the rain. We waited one lap longer on the second stop which is where we lost the opportunity to be on the podium. That shower also highlighted the car’s weakness in the wet."

Valtteri Bottas: "In some ways it was an incredibly frustrating race, and others it was very pleasing. Both cars had great starts and we raced the Mercedes with genuine pace, but when the rain came I really struggled with the intermediate tyre. I was allowed to race Felipe, but it was hard to get through, and I didn’t want to make any mistakes. We have to have a look the race data and make sure we continue to learn from this."