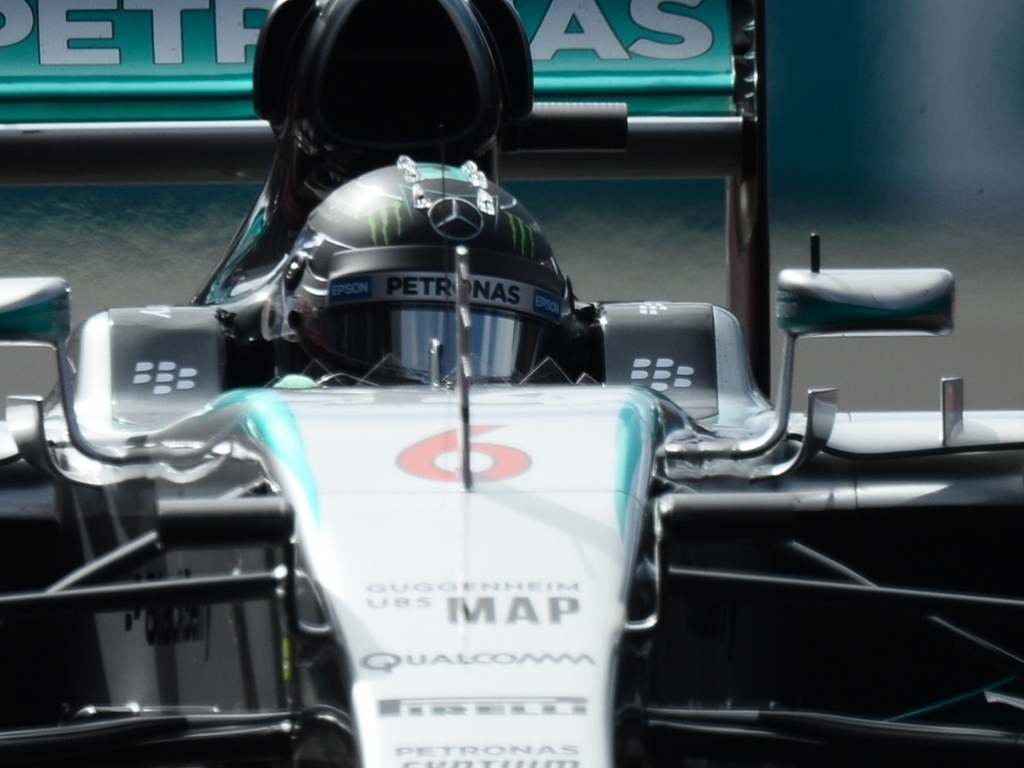 Nico Rosberg secured his fifth win of the season as he made it back-to-back victories at the Brazilian Grand Prix.

Mercedes
Nico Rosberg: “Wow – another great win in front of another great crowd! I’m so happy with that one – especially at this great circuit with all this history, which makes it extra fun. It was a perfect weekend for me. I was able to control the race the whole time and won with a comfortable margin to Lewis in the end. The team made a good decision to switch to a three-stop race as we saw that Lewis’ tyres went off very quickly. I look forward now to Abu Dhabi where I’ll be pushing to end the season on a high. It’s good to have secured P2 in the Championship in front of Sebastian today – but that’s never really been my ambition. I want to be first, so I need to raise my game as this year it wasn’t high enough. I want to remember at this moment also that we have to put our sport in a different perspective after the incident in Paris. My thoughts are very much still with the family and friends of the people involved.”

Lewis Hamilton: “I felt good out there today. I was pushing like crazy and genuinely had nothing left. I really love this track but it’s so difficult to overtake. I was all over Nico but couldn’t get past as the DRS Zone sadly just wasn’t long enough. It would be great to do something different strategy-wise once in a while to mix it up – but as drivers we rely on the team. They do so many simulations that they know what’s best. The three-stop strategy was slower but the tyres wouldn’t have lasted, so it was the right decision. At the end of the day, Nico drove a fantastic race and he’s done a great job in qualifying recently too. Since Singapore the car has changed a bit which seems to have swung it towards him – but I just need to get my head down, work out why that is and get back on top of it for the final race. It has been fantastic being here in Brazil with these amazing fans. There is a lot of love in their hearts. Thank you to the organizers for a great event and see you next year!”

Ferrari
Sebastian Vettel: “It was a good race! We were close as we had never been before, which is a massive achievement, considering that Mercedes was pushing all the way, as they had nothing to lose. For sure it is not the most exciting race when you are a little bit alone, but it is still a very nice track, enjoyable on every single lap. It’s not easy to get everything right, looking after the tires but still trying to go to the limit. Overall I’m very happy. We know Mercedes have a very strong engine and Power Unit, a very strong car, and that both drivers are doing a good job. So that made their package very difficult to beat, but if you look at our Power Unit, the Motoristi have done a miracle this year and the same goes for the car. Also, let’s not forget there was a lot of changes in the team, and that usually takes time to digest. We got into the right rythm straight away, achieving some podiums and winning already the second race of the season, and I think we improved more than anyone else. Now in the winter there is a chance to make a big step but that is also true for the other teams. Our target has to be, again, to make the bigger step compared to everyone. I am told I had more podium finishes than any other Ferrari driver at his first season with the Scuderia: so I hope I can turn all of these 13 podiums into victories next year!”

Kimi Raikkonen: “Not much happened in my race today: the start was kind of ok, I had some wheelspin but I managed to keep the position and I could follow Seb down the corner. We had enough speed to keep the fourth position easily, but I had hoped to have a better feeling with the car. I was struggling a bit with the Soft tires and then again with the Mediums. They were ok for a few laps, when they were still new, but afterwards I was not so happy with the handling. Still, I don’t think my race result would have been different if we had switched to a three-stop strategy, so we stuck to the two stops as planned in advance. My last stint was probably the best but obviously there was not much I could do at that point, as we were already too far away from the guys in front. We tried to make the best out of it, and fourth place is fine.”

Williams
Valtteri Bottas: “The start was the most exciting part of the race for me as I gained a few places. After that I just had to maintain the tyres and make them work on a two-stop strategy. We were missing pace today so we need to have a look at why and improve for Abu Dhabi. I am so proud of the team to get P3 in the constructors’. We are competing against teams that are much bigger than us, and in some cases beating them, which is really cool. The guys at the track and in the factory have done really well this year, so a massive thank you must go to them and also to Mercedes HPP for a really strong power unit. We want to win though, so next year we must continue to make that step forward.”

Felipe Massa: “The atmosphere is always fantastic here, it’s a great feeling from the people. Unfortunately my race today was not anything to compare with the atmosphere. I was struggling all weekend with lap time. I started eighth and finished eighth, so there isn’t much to say. It was a frustrating race for me. We just need to finish the championship on a high now, with a much better result than I had here.”