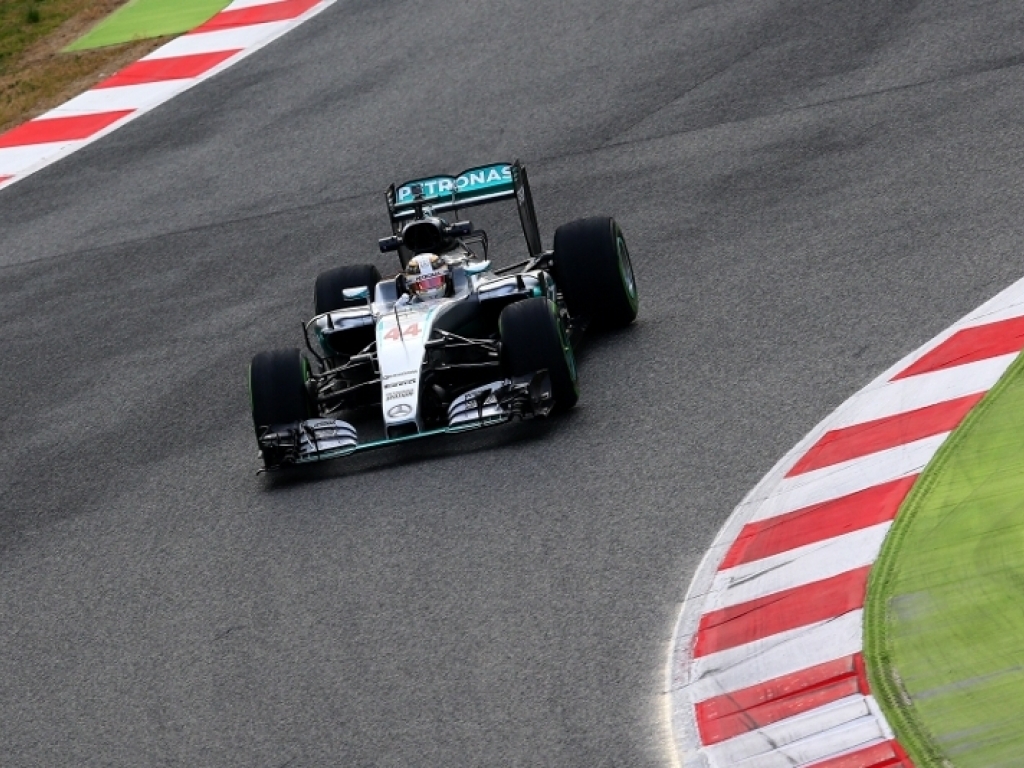 Mercedes:
Nico Robserg: “This weekend really went really perfectly for me. Already in Qualifying I had found a perfect balance and that continued throughout the race, which was fantastic. I had a great start and from there was able to control the pace at the front. Thank you so much to everybody at the factories for building such an amazing car. If you have a car like this, you are really able to push to the limits and that’s an awesome feeling. Lewis drove really well to come back up to second so quickly, so well done to him too. The only down side to the weekend was to see that reliability is becoming a bit of a concern, as Lewis obviously has a problem yesterday and both cars had issues during the race today. But we have a great team behind us and I’m fully confident that we will sort this out. It´s unbelievable to go into the European races with four wins and I really look forward to Barcelona now. Thanks, Russia – you were very good to me!”

Lewis Hamilton: “Firstly, I would like to that the guys who came together to get the new parts over here from the factory last night – and then to the mechanics who worked all through the night to get everything prepared for me to go out there and race today. The guys on my side of the garage are having a really hard time of it at the moment – but I have every faith and confidence in them. We’ve swapped things round in the garage a bit this season but that is absolutely not the reason we’ve been having issues. It hasn’t been the case for the past three years and I have no reason to believe it would be now. Without their hard work I wouldn’t even have got to this point, so a big thank you to them once again. The first corner was pretty hectic. I don’t know what happened – but I saw something happening in the corner of my eye and just thought “I’m not getting caught again!” I managed to get out of the way and avoid it – but if I’d turned in I would have collected them. It was pure instinct and I’m glad I was able to come out without any contact this time. From there I had good pace and I felt like I could challenge for the win – but then there was the water pressure problem which ended that chance. It was tough to hang on at the end but I handled it as best I could. I had to really nurse the car home and I’m just relieved to have made it to the flag after how this weekend has been. I’ve got a long way to go yet this season with not many healthy engine parts left, so we need to do a better job on reliability.”

Kimi Raikkonen: “Overall it hasn’t been a very easy weekend, but today we tried to make the best out of it. I had a good start and managed to get second position but then, like last year, after the Safety Car I could not hold up the Williams behind me on the straight. After that I was trying to fight them back, but I lost one place to Hamilton. So we decided to run longer to gain positions and we did quite a pretty good job. The car was handling very well through the whole race, even if we were forced to do some fuel saving and this affected our laptimes. The third place we managed today is what we were able to achieve, but is not ideal, because we want to be at the front with both cars. It’s a pity not to be fighting for the win, but we take this result and keep on working to put ourselves in a better position.”

Sebastian Vettel: “I think it’s a shame because today we had done everything right. I had a really good start, I was a bit stuck at the first turn, but then I was able to go. Of course there’s always a bit more risk in starting behind, but P7 is not P15. I was going into second corner, I was already attacking and approaching fifth place, but it doesn’t help when people behind don’t brake. What Kvyat did was completely unnecessary. I had a massive hit from behind, then another big hit in turn 3 and that finished my race. As far as I know, the race is 53 laps, but not everybody seems to remember. I don’t think I need to say much, I think if you look at the footage you’ll have the answers to your questions. Today it was not my fault, there was nothing I could have done differently, nothing I would change. I don’t dislike him (Kvyat), but I think he did a mistake two weeks ago, he made a mistake today but it doesn’t help me now. Obviously I would have loved to drive the car today to feel if we could keep the same balance into the race, but for the future nothing has changed. Of course I’m disappointed but we’re already focused on the next race.”

Williams:
Valtteri Bottas: “The beginning of the race was pretty good and we managed to defend against some of the quicker cars behind. I think being aggressive with the early pitstop was good but unfortunately the cars with more pace managed to get through, and at the end of the race there wasn’t much happening for me. All-in-all the team has done a good job this weekend. It’s positive to get a lot of points for Williams. There’s definitely progress, this is a good track for us so that helped, but we just need to keep improving. I definitely had more in mind today than fourth so we need to keep pushing.”

Felipe Massa: “I think it was a very positive weekend for us and a very positive race. I would have loved to finish fourth and not fifth, but that’s just part of the game so I’m happy with the result. We managed to score a lot more points than Red Bull, and that’s the target for us right now. They have a very good team and a very good car, but we need to keep believing. This weekend was a very good weekend so we need to keep fighting like that. I think for the team the best position was fourth and fifth. Valtteri was able to manage the tyres better here, whilst I was able to manage them better in China. That’s the way it goes, but today’s result is very good for Williams.”

McLaren:
Fernando Alonso: “We were lucky in Turns Two and Three on the opening lap – due to those accidents, we were able to gain some places for free. But, as we saw last year, we can make a good start but then not be able to maintain those strong starting positions. This year, it’s different – we have the pace: to finish sixth, and set the fifth-fastest lap, shows that our car is still gaining pace. In fact, the car felt good all race – obviously, we were saving fuel at some points of the afternoon, but, on one lap, I just decided to go for it – to wake myself up a little bit! – and the lap-time showed the potential is there. Finishing in the points should be our regular target from now on.”

Jenson Button: “To get both cars home in the points – and at a track which we didn’t feel would really suit our package – is a fantastic result for the whole team. As the pack dived into Turn Two, I had to back off because it was mayhem. The bollard at Turn Two is the problem at the start because people are trying to fight through Turns Two and Three. I think that needs some looking at. From there, I was disadvantaged, but the pace was in the car. After that, it was just a case of fighting my way back – which I really enjoyed. It’s difficult to overtake around here, but I was able to make a few moves and enjoy myself. I think the next race in Barcelona will be reasonably difficult for us, but there’s no reason not to look forward to targeting another points haul in Monaco.”