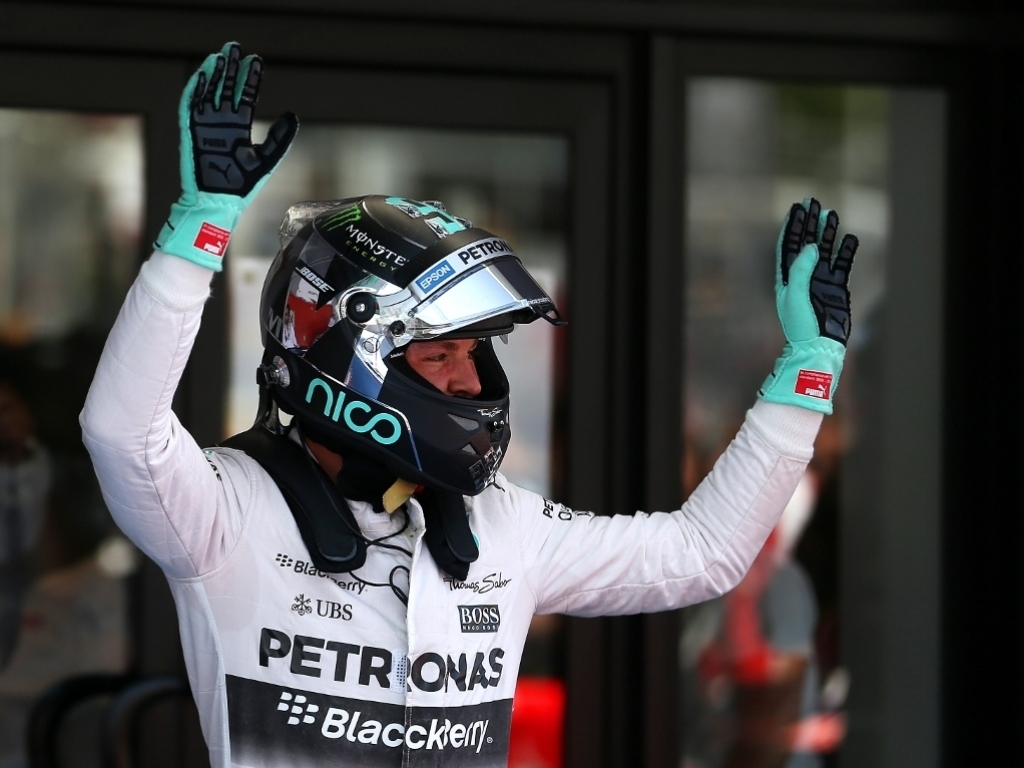 Nico Rosberg secured his first win of the season beating Lewis Hamilton and Sebastian Vettel into 2nd and 3rd respectively.

Mercedes:
Nico Rosberg: "We had a perfect weekend here in Spain. We have a fantastic car and everybody did a really great job in the break, so thanks to the team for everything. My start was great for the first time this season. From there I was able to control the pace and I never felt in danger throughout the whole race. I’m so happy about this win. It’s still early days in the season so it’s good to close the points gap to Lewis. I will continue to push hard – starting with a home race for me in Monaco."

Lewis Hamilton: "I got off to a poor start with too much wheel spin and had to fight hard just to keep third. From there it was always going to be tough as it’s difficult to run right behind another car here and even tougher to pass. I managed to stay close enough to Seb before the first stops but unfortunately we lost a bit of time there. In the end, we went for a three stop strategy to try something different. That call was made quite early on as it was clear it wouldn’t have worked to stay out for that long and, again, passing on track was almost impossible. Luckily we had the pace to make it work. Nico was then 22 seconds ahead with 15 laps to go which was a big gap. I pushed really hard to close up until about 6 laps from the end but I was only gaining about a second per lap which wasn’t enough. So, damage limitation on a difficult weekend for me. But I’m grateful that I could score some good points for the team."

Ferrari:
Sebastian Vettel: "All in all, I think third is the best we could do for the pace we had. I don’t think there’s anything wrong, it think it was just something coming together and maybe this is not the best week end for us in terms of competitiveness, but I believe it’s probably more down to conditions rather then something being wrong with the car. For some reasons we didn’t find the same rhythm of the last two events, but I’m sure that in a couple of races we’ll come back stronger. In terms of strategy, we went for two stops because we thought it would have been the best choice for the race: we have to be fair and accept the fact that Mercedes was the best team today. I think we’re going in the right direction. We know that there is a gap, but we’re fighting very hard to close it. Unfortunately we didn’t make a big step this race, but I’m pretty confident we’ll make it soon."

Kimi Raikkonen: "Overall, it has been a difficult weekend, but non a disaster and we learned a lot. In the race today we gained a few places, but I was not very comfortable with my car, as it was sliding around. Besides that, and for whatever reason, we are able catch the Williams but it’s very difficult to overtake them: they are very fast down the straights and once we get behind them, our car starts to be difficult to handle, much more than when you’re following other lapped cars. About the choice of going back to the ‘old’ aero package, I think it was good for all of us to be able to compare them on the circuit and I was prepared to run the risk. Maybe it would have been better with the new bits, that is probably the case, but at least now we know about it. So, for the next races, we have to do a better job and we need to have more clean weekends, without any issue, even a small one, to make sure that everything works. We know where we have to improve."

Williams:
Valtteri Bottas: "It feels good to split the Ferraris for a second race in a row and this has been another solid points haul for the team. Tyre life was better than we expected and as a result we changed from a three-stop to a two-stop race, which was a good strategic choice from the team because it allowed me to keep Räikkönen behind. The big positive is that we were closer to the leaders than we have been at any point this season. That gives me a lot of hope because we have shown that the updates we are bringing are improving our performance. I want to thank all the team here and in Grove for providing me with a great car to go racing with, and I’d also like to thank Mercedes HPP as they continue to push hard on the power unit to help us keep our competitors at bay."

Felipe Massa: "It was a good race for the team, scoring 20 points, not losing too much to Ferrari, but also getting a lot more than Red Bull which is really important and positive for our championship position. I managed to overtake cars on the first lap and then fought hard with Kimi (Räikkönen) for a long time, which was hard on the tyres. Because of the extra degradation a three-stop race was better for me today, but it meant the others were too far ahead. We finished with one car in front of a Ferrari so we have shown that we can be competitive with them and we can now look forward to Monaco which will be a very different test for the car."