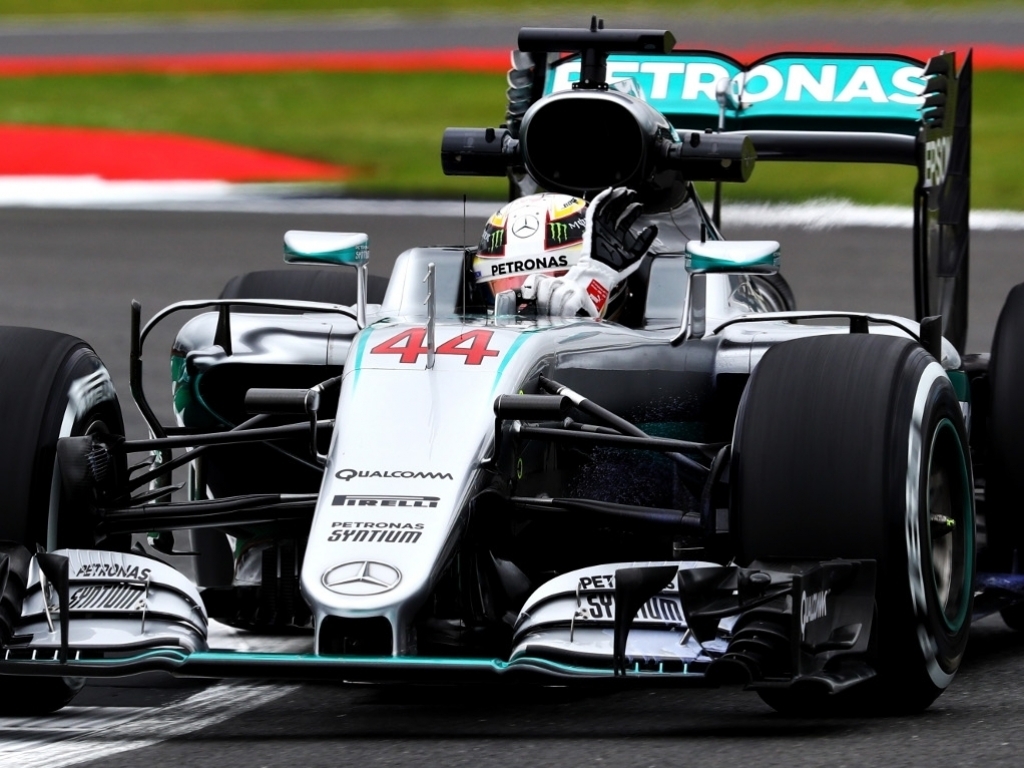 Lewis Hamilton stormed to victory at the British Grand Prix, claiming his fourth victory at Silverstone as he dominated the entire weekend.

Mercedes:
Lewis Hamilton: “Best weekend of the whole year! I couldn’t believe it started raining at the beginning of the race. I thought: “are you serious?” It makes it so much harder for everyone when that happens. I couldn’ t really see the safety car either. It was going really slowly and my rear brakes were getting way too cold, so I was trying to heat them up and before I knew it I’m heading straight for the back of the thing! Thank goodness I could turn! Luckily it was okay and from there I was feeling great in the wet conditions. A huge thank you first of all to the team for doing such an amazing job. Our performance this weekend has been outstanding. The engineers and mechanics did a great job, so big thanks to all of them once again. And then the crowd… I mean, where do they all come from? It’s absolutely amazing! Nothing we see in any other country even comes close – and that for me just shows the passion us Brits have for sport, regardless of the weather. It’s pouring down and these guys are just like “yeah, we love it!” This is beyond my wildest dreams, honestly. When I was younger I didn’t see the other stuff that comes with being a Formula One driver. I was just in awe of the racing and it wasn’t until I grew up that I started to understand. I’m just trying to bask in the glory and enjoy it because one day I’ ll be watching someone else, hopefully a young Brit, winning here and I want to make the most of these moments. For now though, it’s my time – our time. Thank you so much to everyone out there today. It’s just been unbelievable.”

Nico Rosberg: “Lewis did a better job over the whole weekend and deserved the win, so congratulations to him. I was happy to have finished the race as my gearbox issue at the end was really serious and I almost had to retire the car – but luckily I got it fixed. Generally, though, it felt great out there and I had a great pace on the medium tyres. The battle with Max was good fun. It took a bit of time but I managed to overtake him on the outside. Over the whole weekend the atmosphere here at Silverstone was really outstanding. Okay, I recognise that some guys out there don’t like me as much as Lewis. But that’s normal in his home country and I felt that the majority was very supportive of me. That’s why the British fans are the best and most passionate racing fans in the world, so thank you to them for making it a really great event. Now I look forward to the last two races before the summer break including my home Grand Prix in Germany.”

Red Bull:
Max Verstappen: “I felt like I had great pace today so once the track dried up I just tried to have a go. In the beginning I had a lot of spray so it was hard to see where I was going, especially in the first sector. Once I passed Nico I felt like I was closing on Lewis but then he pitted for slicks. We maybe stayed out one lap too long but in the end the race was great and the car was working really well. I had a great battle again with Nico afterwards but as it dried the Mercedes just had too much speed on the straights. I tried to keep up and there was no pressure from behind so I just concentrated on doing my own race. I had a few moments in Turn 1 which was a bit tricky so I had to be careful there but I hear a few others also struggled. The move on the outside at Becketts was fun, he was finding the inside so I thought let’s try the outside. It was a risky move for sure. The car had the grip and I had the feeling so it worked well. There’s a bit of run off there anyway so I had room if it went wrong. In the end we only finished roughly eight seconds behind so I think that is really positive going forwards and shows we are closing the gap. The fans here were great, I couldn’t believe how loud they were and they really supported me. Understandably they were behind Lewis but they got behind me loads also which was great to see.”

Daniel Ricciardo: “I think for the team and for the points it was really good. Obviously we gained a bit on Ferrari which is nice, but for me it was lonely and a bit boring. We lost a lot of time with the Virtual Safety Car and that was just bad luck. This was out of our hands and there’s nothing we could have done different. It just came at the wrong time for me and we lost the position to Perez and then more than ten seconds behind the leaders. Then not stopping again for the rest of the race you can’t catch this much. When the pace in the front is what it is you can get a tenth here or there but not half a second per lap. I was ready for a battle and some action today, but unfortunately it wasn’t given to me. It is what it is now and hopefully Budapest works better.”

Ferrari:
Kimi Raikkonen: “In the first part of the race the conditions were quite tricky, the visibility in some places was very poor and I had very low grip on the Wet tires, but I tried to go as fast as I could and I went wide a few times. Once we got the Medium tires the situation improved a little bit, but it was not easy. Since the beginning of the weekend we had realized that this would have been a difficult weekend. Today we tried to do our maximum but we had not enough speed to fight against the guys in front. In these kind of conditions we need more downforce and more grip, I’m sure in Hungary it will be much easier for us. Next races it will be a different story, I don’t expect us to have similar issues, obviously you never know, but I expect that we go back to normal.”

Sebastian Vettel: “Today it was a tough day, but we trust our team and trust our car, so there is no reason to panic and to turn the world upside down. The call to come into the pits was absolutely right, but then the spin didn’t help, and all my advantage was gone again. The penalty in the end didn’t make a difference, it was not on purpose that I was trying to squeeze Felipe. Actually I was going out myself, and I was surprised how little grip there was, going side by side with him. In the end it was a racing incident. Now we need to understand where we lost something. We have a lot of things to learn from a weekend like this. Clearly today we weren’t as competitive as in other races, but at least we recovered some points. And this was the only race of the year where we weren’t able to beat the Red Bulls in terms of race pace. Things may look different in two weeks’ time, but that shouldn’t be an excuse. We need to go forward and understand why we made a step back this time around.”