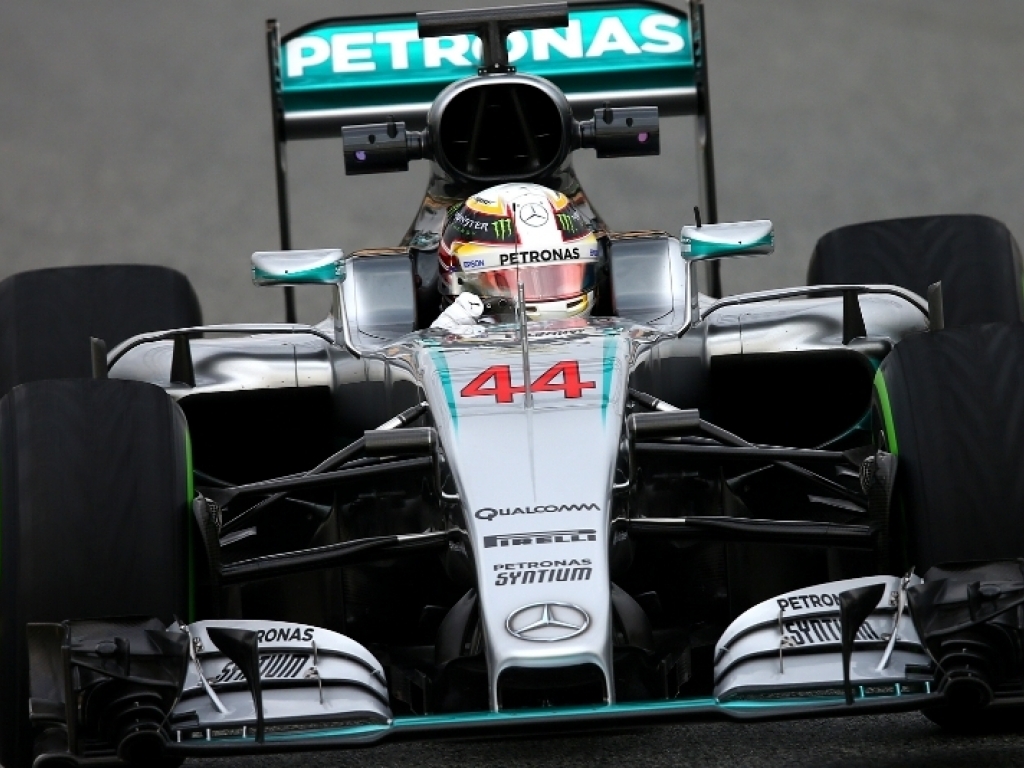 Mercedes driver Lewis Hamilton won his fifth Hungarian Grand Prix, making him record holder for most wins on the Hungaroring.

Mercedes:
Lewis Hamilton: “I don’t know what the secret is here. Naturally, having a great team and everything coming together is key. But it’s a track that I think really works well for an aggressive driver. Today was one of the hottest races I can remember here. Looking after the tyres in those conditions was really hard, so I’m glad I managed. Thank you to everyone in the team for all their hard work – and to all the fans I have here. I don’t know why but, when I go to Budapest, I always seem to have a lot of support. I love it here so it makes for a great week. I didn’t know how long the tyres were going to last, so trying to spend the money wisely in terms of tyre life and being able to push when I needed to push was a tricky balance to find. The race was going really well and I was just thinking “huh, no mistakes so far” when I managed to lock up and went off at T12! At that point I was like “hey, stay focused and get back on it!” which luckily I managed to do. I’ve not really thought about the standings much but it’s definitely a good feeling to get the job done here – particularly as it’s not been my strongest weekend. Not as strong as Silverstone, for example. But it’s been an awesome few races and I’ve just got to keep that kind of form up for the rest of the season.”

Nico Rosberg: “Really, I lost the win in the first corner when I dropped down two positions, so I’m disappointed as I wanted to win the race and was confident I had a strong possibility to do so. It wasn’t the best start from me, so it was good to catch Daniel directly in T1 and get P2 back. But behind Lewis it was impossible to overtake on this track. I had great pace in the race, which is very positive – but unfortunately I wasn’t able to make the most of it. It’s great that my second home race is coming up so soon. I look forward to Hockenheim and will be pushing flat out to repeat the win from 2014.”

Red Bull:
Daniel Ricciardo: “I’m really pleased with a podium today, I don’t think we could have got a win. We tried at the start; we had a good run off the line and at the apex the Mercs were in my blind spot, so I thought I was in the lead, but on the exit I was done by Lewis (Hamilton) and then Nico (Rosberg) got me round the outside of Turn Two. I think even if we had got the lead, their pace was good so they could have even over-cut us if they stayed out an extra lap. Third was the best we could do and Seb (Vettel) got really close in the last three laps; my tyres were getting towards the end, so coming over the line in third was good. Three podiums in a row here is great, it’s a good place for me. I feel really good. Fridays and Saturdays have been really good for us from the start of the season but the last few Sundays, for whatever reason, I haven’t been that satisfied with, so it was important to put it together from Friday to Sunday this weekend and I believe I did that. And now we’ve got another in seven days, so that’s another chance to be happy again!”

Max Verstappen: “The pace was there for a podium today. I felt like I had a good start and got close to Lewis into Turn One but then ran out of track and couldn’t brake late. After the first stop it was very frustrating to be behind a Ferrari at the start on the fresher tyres. It was a shame because at the beginning we were quick and I tried to create a gap to the Ferraris which lead to me having to back off as I got too close to the car in front. This meant when I pitted I got out behind them both and that was pretty much my race done. Being behind meant I destroyed my tyres trying to find a pass so the opportunities went away as the race went on. Regarding my battle with Kimi I was simply protecting my position. I drove hard and just made sure I didn’t lock up or make a mistake.”

Ferrari:
Sebastian Vettel: “I was hoping for more today. I had a good start, maybe too good, because the run into Turn 1 is very long, so I had to get out of the tow a bit too early. It was bit of a shame because I was stuck in fifth position from then onwards. Then I knew everything would have to go through strategy and pitstops and so we overcut Verstappen. We were much stronger at the end of the race, maybe a couple of tenths, but unfortunately not quick enough to pass. If I had been able to, I would have done more, but I tried everything until the end, we were on a good strategy, we had more pace at the end but as I said this is one of the most difficult tracks for overtaking. With a better position yesterday, I think we could have finished P3 without any problem. We are not happy to finish fourth, because we have to win, we need to improve here and there, but I think the difference with Mercedes is not that big as it looks. They seem to be better managing their tires and that makes for a big gap over a number of laps.”

Kimi Raikkonen: “Today my car was really good and behaving well, we had the speed, but obviously this is not the easiest place to overtake. Unfortunately, after yesterday’s qualifying, today we were not in a position that would allow us to get the result we deserved, and this is the most disappointing thing. Regarding the battle with Max, it’s not for me to decide but I think that his maneuvers are questionable. The first time he started to move on the right and I went left, but he moved back there too, so I had to try and get out of it because I was hitting him hard on the rear and I lost my front wing, which didn’t make it easier to attack again. Then later, every time I managed to make a move and I was committed to somewhere he decided to turn afterwards, and at that point I had nowhere to go. It’s not my job to determine if he was correct or not, but I have seen people being penalized for much less. Today we did our maximum, I’m disappointed because I couldn’t get past Verstappen and go catch the rest.”