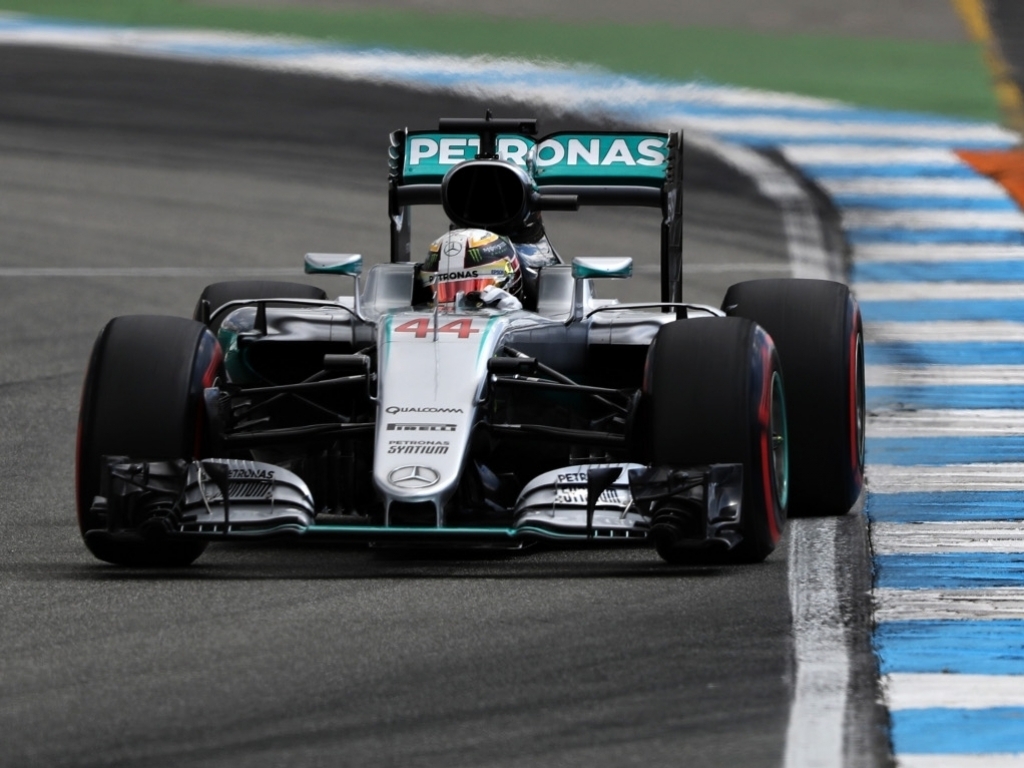 Lewis Hamilton claimed completed a July clean sweep as he stormed to victory at the German Grand Prix, Red Bull also starred as they got two of their drivers on podium.

Mercedes:
Lewis Hamilton: “What a day! Just awesome! I wasn’t expecting to be as strong as I was today. I had a great start. We have been working really hard to get off the line faster and more consistently and that hard work has clearly paid off. A big thanks also to the guys in the garage, I’m glad they get a well-earned break now as they really deserve it. I’m super happy with today – especially after yesterday. When I personally fail, knowing from 23 years of experience that I could definitely have done better, I really kick myself. Today, I have the opposite feeling. I delivered the way I’m supposed to. I know that I had the pace, I worked the tyres just right and I was never under threat from the guys behind. No mistakes this time either, so I’m very happy with that. It’s awesome to go into the break on such a high. I was 43 points behind at one stage, so to keep working on the gap turn it around like that is great. Lastly, I just want to say a big thank you to the fans. So many of them have turned up here in Germany and they’ve been so supportive. That positive energy really drives me on, so a big thank you once again to them and I hope they have a great holiday. I’m definitely going to!”

Nico Rosberg: “It was a difficult and disappointing day for me. I had a lot of wheel spin at the start. That was strange, because my start during the formation lap was good. That cost me the lead and then the next two places as well, which meant it was always going to be a difficult race from there. I was happy to fight back to P2 after a tough battle with Max and was very surprised that I got penalised. We also lost a lot of time in the pits, so a lot of things went wrong today. But that didn’t count really at the end. The penalty made it impossible beat the Red Bulls. In general, I didn’t feel as comfortable in the car as I have done in the past – especially with the rear tyres. I had some problems with them today, so I need to get my head down and find out with my engineers what went wrong. I look forward to the summer break now and want to come back stronger. I hope everybody in the team can charge the batteries. It’s very well-deserved.”

Red Bull:
Daniel Ricciardo: “I’m very pleased with today obviously. To beat one Mercedes is nice but for both cars to beat one Mercedes and the pole-sitter was really good. In the first part of the race I was sitting in third and the pace was okay but I think I really came to life in the second half of the race and that’s when I was able to show a bit more speed and capture second place. It was the best we could do today and I’m now happy to go into the summer break with another podium in the bag. For me the strategy worked very well, I was comfortable on the supersofts and it worked out my pace was better in the end with that tyre. Drinking out of the shoe on the podium is an Australian thing. It’s called a “shoey”. I said if I win a race this year I’ll do it, but just in case, I thought I’ll do it next time I’m on the podium. The last few races I got a bit more out of the race weekends and it’s nice to get a bit of momentum now before the summer break. Just to stand up there on the podium is the best feeling in the world.”

Max Verstappen: “The start was very strong and during the race we had good pace. We didn’t expect it to be that good this weekend so we definitely maximised the result. Strategy doesn’t always work for you but I took one for the team today and we still finished second and third and in front of Ferrari, which was the main aim. Rosberg just braked very late and then didn’t turn into the corner, that incident cost me a lot of time, he pushed me wide and put me in a bad situation. I then let Daniel go by as was the strategy of the team, in the end the most important thing was to score the points and move up in the Constructors’ Championship. Finishing only 10 seconds back from Mercedes is very good. It is still too early to say how close we can get by the end of the season as I think they may have some in reserve. It’s good to go on a little break now and spend some time with family and then be ready to go again in Spa and see all the Dutch fans.”

Ferrari:
Sebastian Vettel: “We’re usually faster in the race than we are in qualifying, but this wasn’t the case today: we were sliding around too much and this affected the tyres as well. Fifth and sixth place was the best we could do but we obviously can’t accept that, we will be working to improve and we know what to do, the stuff that’s coming up for the next races has always been part of our plan. The first part of the season didn’t go as we wanted, we need to work on ourselves and I, for one, had too many ups and downs which cost me some points. But we’ll keep fighting. As for today’s race, the decision to fit Softs in the end was a pretty straightforward one, as we had a new set available. I decided to stay out for some more laps as I did not want to go too long with the last set, with hindsight it was probably a too conservative choice as we would have had a chance to put some pressure on the car ahead. The atmosphere today, with all the German and the Ferrari flags, was incredible and from this point of view it was my best home Grand Prix ever!”

Kimi Raikkonen: “It was a very quiet and boring race, nothing much happened. At the start I had some wheelspin and lost one position on Sebastian. With new tyres the car felt pretty ok but then I was starting having understeer and oversteer, as basically we lacked grip. In the last stint we had to do fuel saving so there was not much to do. Obviously we have to improve the car in all areas, if we add downforce it will definitively help us. We all want to do better and it’s painful to see that we are not where we want to be, but I believe in the team. We need some time and hard work and we’ll get there. It’s important for us to find improvements and work as a group.”