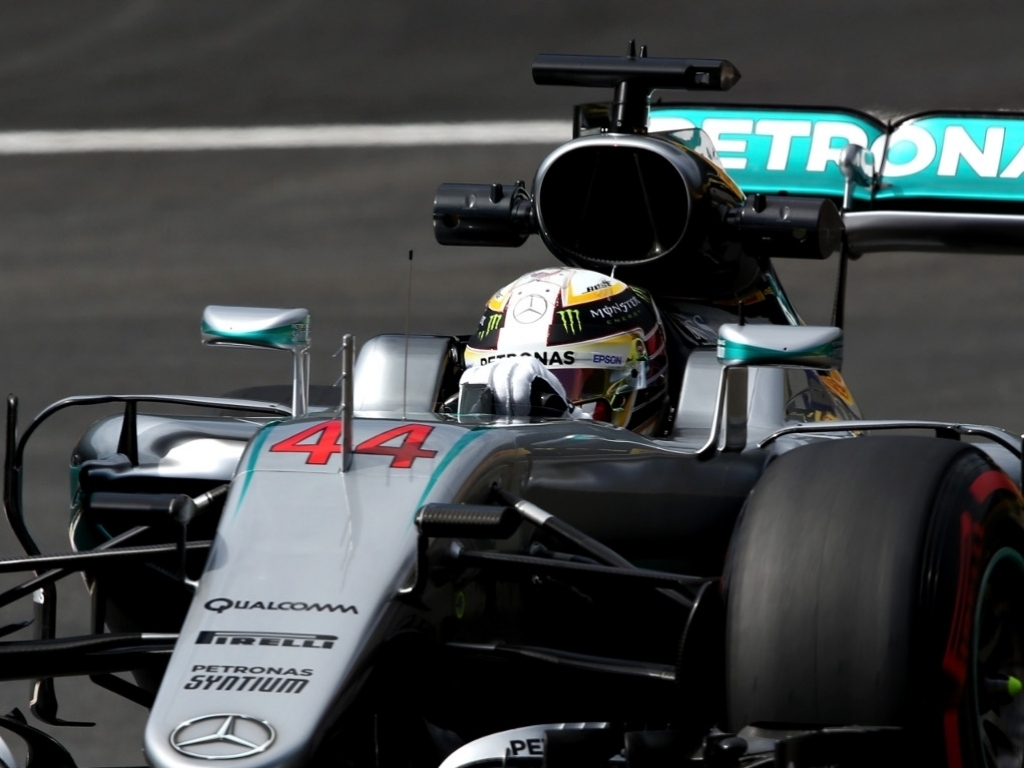 Mercedes:
Lewis Hamilton: “I was in a good position, head down and targeting as many points as possible today – The opportunity to try for the win came on the final lap when Nico ran wide out of Turn 1. I was then able to get a good run on him and went down the outside, leaving as much room as I could. I was surprised to make contact with Nico and then from there I just tried to push as hard as possible, passing him ahead of the next corner as he slowed due to the sparks coming off his car. This is motor racing and the team allow us to race and it’s the aim for both of us to win races – this was just an unfortunate incident today. I’m looking forward to getting to Silverstone to catch up with my fans and hopefully I can get another good result there.”

Nico Rosberg: “It was disappointing to lose the race like that. It got quite difficult on the final few laps as I had to manage my brakes and I was confident that I could bring the victory home. I had the inside line and we both went into the corner a bit long. I was surprised that Lewis turned in and it ultimately meant that we came together – that’s how the sport goes sometimes but it’s really difficult to lose the race in that way.”

Red Bull:
Max Verstappen: “It’s a great feeling to get the second Formula 1 podium of my career. For sure that was a good race today, the car was performing well, as were the tyres. I managed to overtake some cars at the start and had some good battles so that was really good fun. From there on I did my own race, Kimi was catching fast but I managed to hold him off until the end. I expected P3 but got the P2, I was surprised but very happy to pick up another position in the last lap. The safety car definitely helped us today and allowed us to make the most of the pit stops. Towards the end we had to deal with the pressure but that just means you can’t make any mistakes, and we didn’t today.  I hit some traffic which cooled the tyres and made it a bit tricky but we finished with no problems. We are working hard for this season and picking up podiums so it’s definitely positive looking at 2017, and looking at Silverstone next week it should be good, the car usually performs better there than here so that is another positive after a good day today.”

Daniel Ricciardo: “I think for the team it was a really good day. We didn’t expect to be on the podium here in Austria. Obviously I wish I was up there with Max, but from my side the race was a bit disappointing. At the beginning we seemed to get passed before Turn 8 which is not normal, so that was a bit frustrating but then once it settled we just weren’t quick. I was obviously trying to push on the tyre and then get what I could out of it. It seemed we could hold the pace, but then when everyone was improving and getting quicker and quicker we were just getting slower and slower. For now I just want to understand why and look into it. If there are things I need to do better, then I will make sure to figure that out. I’m glad the Red Bull Ring and Silverstone are back to back. It’s always nice when you can get back into a race straight away so hopefully Silverstone is better. We’ve got a few days to work out why I wasn’t quick today, but I’m in the factory tomorrow so we’ve got time to look into it. But for now for sure it was disappointing not to be quicker.”

Ferrari:
Kimi Raikkonen: : It was not an easy day but I did my best. Third position is an ok result but I’m a bit disappointed with where we ended up: considering the first part of the race, we expected more here as a team. At the beginning we had good speed to catch up a bit with the Mercedes, but then after my pit stop it was not easy to recover. I lost precious time trying to pass Ricciardo, I got close to him many times, but then I was losing traction trying to get out of turn two. Once I got past him I had a very good speed and I was very happy with the handling. In the last part of the race I think I could have passed Max, but with the yellow flags on track it was not possible. Handling-and-speed-wise today we got the maximum out of the car, but it was not enough because we want to be up there with both cars. Hopefully in Silverstone we’ll have a smoother weekend and a better result.

Sebastian Vettel: When the rear right tire failed, I didn’t feel anything, or rather, I felt it when it was too late and it exploded out of the blue. There were no signes before that, everything was normal. I spoke with the people on the pit-wall and everything looked the same, the pace was the same as the lap before, the tires felt fine, the lap times were fine. It’s completely a question mark on why the tyre had the failure. Obviously the idea was to go on as long as possible with that set of tires and to shape our race on that idea, but I don’t think it was an aggressive strategy, as lots of people went longer than us on the same tires. Now there are still a lot of races left, but surely not finishing the race doesn’t help.