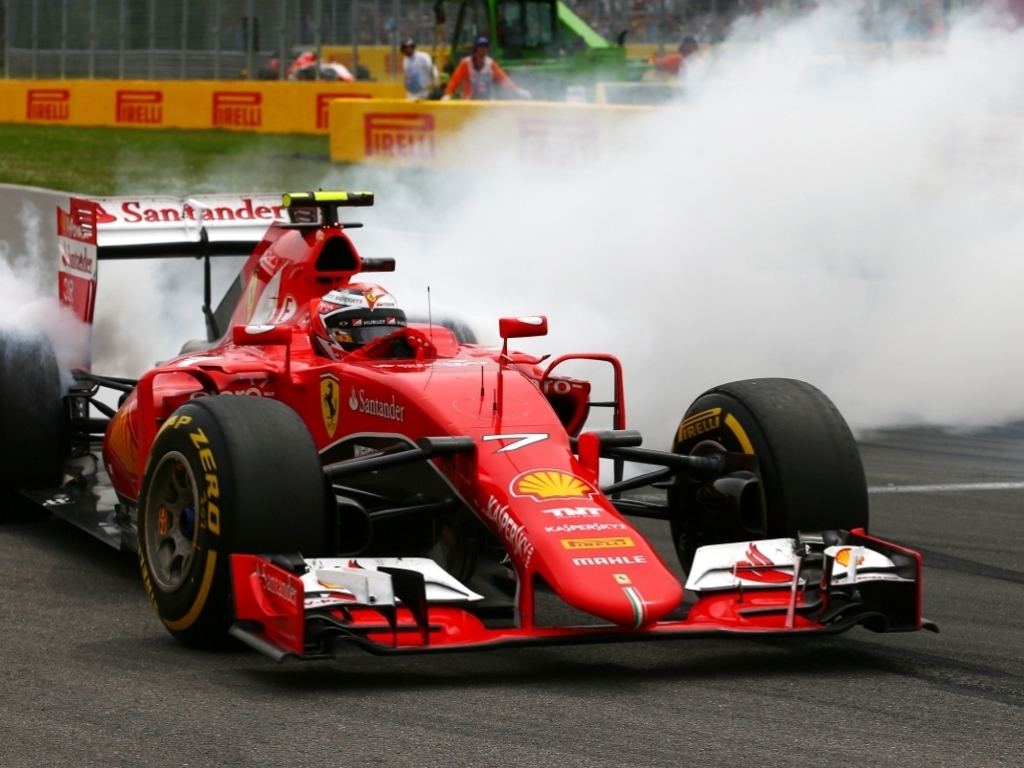 Lewis Hamilton claims his fourth Canadian GP win while Valtteri Bottas appears on the podium for the first time this campaign.

Mercedes
Lewis Hamilton: “I love Montreal! It’s really special to win here again – the place where I had my first win back in 2007. The team did a fantastic job, so a big thank you to everyone. I wouldn’t say it’s a relief because I’ve had good pace for both of the past two races – I’m just happy to get another win for me and the team. It was quite close after the stops. I think because Nico was in my tow he was using less fuel, so I was having to save a bit while managing the gap. It was really just about matching the times each lap. I had a couple of lock ups but luckily they weren’t too bad and not enough to cause any real problems, so I felt in control. On behalf of everyone in the team I’d like to dedicate this to my engineer Bono’s father, who passed away last week. Bono has had a tough time but he’s been fantastic all weekend, so this one is for him.”

Nico Rosberg: “It was a tough race, with tyres, brakes and fuel all on the limit. The problem for me was to cool my brakes behind Lewis. I had to take different lines to get some fresh air. In the last 10 laps I ramped up the pace and started to attack by using some of my electronic Hybrid power, which I had saved until this point. But the problem is that your team mate’s engineers always have knowledge of your activities and can ask him to ramp up the pace too. So, he was mirroring what I was doing and there was no chance of a surprise attack. That was a bit of a shame – but it is how it is. Really, I lost it in qualifying so I need to do a better job there and get together a perfect weekend like in Spain. I’ll move on now and look forward to Austria, where I have very good memories from last year with my win.”

Williams
Valtteri Bottas: “We really maximised everything today and I’m really happy for us as a team. We had an opportunity to get third and we took it. We had the chance to change the strategy in the middle of the race and go for one stop instead of two. We knew it could be a risk but the team knew what to do and we were right. There was not much threat from behind so we could take a bit of a risk, and I’m really proud that we did. We were racing hard today and we earned the podium. It’s great to be back in the top three and we know there are better Grands Prix to come because of the updates we are bringing so I can’t wait for the next few races.”

Felipe Massa: “After a challenging qualifying for me yesterday I’m happy with how the race has gone and I’ve picked up some good points. Starting P15 was always going to lead to a busy race and there was a lot of great overtaking and the car had good consistent pace. We managed to have a one stop race and still keep the pace with the option tyre at the end which was fantastic. With the car I had today I could have been fighting for podiums, but all in all this has been a very positive weekend for the team and we should be very competitive in the next few races, especially with some upgrades planned for the car.”

Ferrari
Kimi Raikkonen: “The result of today is not ideal, we expected more than what we got in the end. My start was pretty good but then I did not have enough speed to go through and try to pass the Mercedes at the first corner. The tyres were working pretty much ok, but in this kind of circuit fuel saving plays a big part and this obviously limited our speed today. My spin is exactly the same story of last year, I had no problem in any of the sessions during the weekend, but for some reason today in both the outlaps something odd happened with the throttle, and I could not control it. It’s a very unfortunate thing. Then we tried to recover from that but we found ourselves on different tactics than the Williams. Overall we had a pretty good weekend, we definitely improved in certain areas but of course this is not the result that I was expecting this morning. We’ll keep on working and improving things.”

Sebastian Vettel: “It was an entertaining race and I had a good recovery, but obviously there was not much more we could have done. In the opening laps I was not very happy with myself, I was very aggressive but I could not find the gaps, I wanted to go crazy but there was no room, so I had to be patient and it’s a shame because these are the moments when if you are lucky you can gain easily five, six, seven or eight seconds in total race time. It did not happen so we had to fight back afterwards, but the pace was good, I felt happy in the car and especially toward the end the speed kept coming. I lost time at the first pit-stop and I am not sure it was totally on me, something went wrong at the back of the car, but the guys have done a super job so far and they shouldn’t be blamed if sometimes things go a bit slower. About the move on Hulkenberg, I noticed that I was already ahead of him on the outside, and I think he braked too late and could not make the corner. We did our best today and I am quite content with 5th, but it’s a bit of a shame because around here there is a very nice podium and without the penalty I think we could have had a shot at it.”