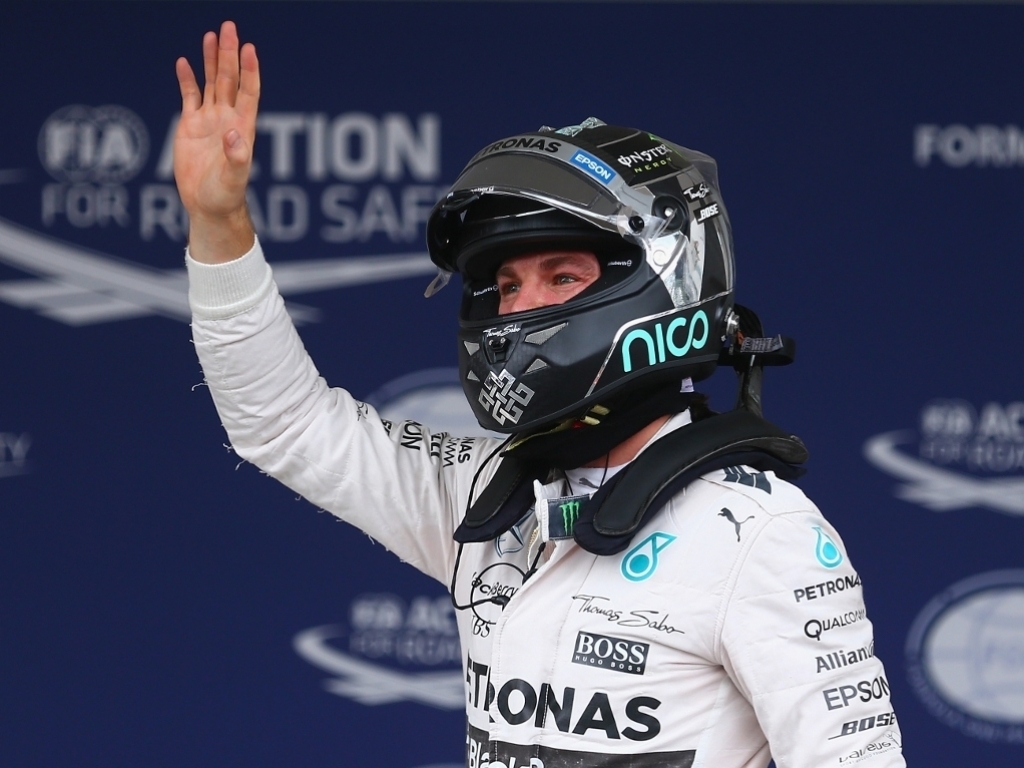 Mercedes
Nico Rosberg: “That was the best podium of my life! Thousands and thousands of people singing your name after winning on a great track… it’s unbelievable! In that moment you feel like a rock star on stage and I enjoyed every second. Thank you so much to all the Mexican fans who made my win here so special. And thanks also to Bernie and the organisers who worked hard to set up this amazing event. It was a perfect weekend for me. I had a good Qualifying and was able to control the race from the front, responding each time Lewis came closer. It was tricky because there was really no grip on the rears – especially after the Safety Car, with cold tyres. But in the end I felt comfortable. The performance this weekend is down to great teamwork with my engineers, as we found a great setup for the special conditions here, so a big thank you to them. Now I look forward to the race in Brazil. It´s always great to come with a win to the next race, so hopefully I can carry this form to Interlagos.”

Lewis Hamilton: “Today was a pretty good race. I actually really enjoyed it and had a lot of fun. I was pushing so hard, giving absolutely everything that I had, and I think I had more pace than Nico. But, unfortunately, you can’t really follow another car here. The closer and closer you get it’s like two negative poles of a pair of magnets repelling each other, so there was nothing I could do. I knew I needed a good start to get the run on Nico into Turn One. But I had hardly any tow and, from there, he made no mistakes. When it came to the pit stops, there was no real stress. At the time, I just didn’t agree with the decision to pit a second time, that’s all. The team takes these decisions and I abide by them but I initially wasn’t sure on this one. As it turned out, there was then a Safety Car anyway. I have full confidence in these guys and we still got the 1-2 as a team, so that’s positive. I have to say, it’s been the best week and the best crowd I’ve ever seen here in Mexico. There are so many people with so much energy and so much excitement for the sport here. All the other countries we go to need to make a big effort to keep up with these guys. Next stop Brazil and I’ve never won there, so that’s the goal in two weeks.”

Williams
Valtteri Bottas: “I’m very pleased with the result today. Every decision from the team on strategy was right, so I’m really delighted with what we achieved as a team. It feels so good, after so much bad luck recently and so much hard work, to get the reward. It was a great feeling on the podium, that was very special. Regarding the incident with one of the Ferraris, it was unlucky that it was me and him again but of course I didn’t want it to end up like that.”

Felipe Massa: “It was a very positive race for the team, to have a good fight with Red Bull and come out with a podium is encouraging on a track that suits them better than it does us. From my perspective it wasn’t the best race, I struggled with the rear tyres in the second stint and lost one position because of it. After the safety car I didn’t have the best run, and as a result didn’t get the chance to pass the cars ahead. I am a little disappointed, but as a team we can be really proud of the performance.”

Red Bull
Daniel Ricciardo: “It was a bit of a frustrating race. During the first stint with the options we weren’t really quick enough. With the prime I thought I had really good pace, but once I caught the Williams I couldn’t pass them. We lost a lot of time there and in hindsight, when the Safety Car came out, I would have liked to put the primes on as I felt I was a lot more competitive with them than with the options. Maybe it would have given us a better chance of getting to the podium. I wouldn’t say we were all that quick today, but to get both cars in the top 5 is okay. Sure we both want more but we’ll see what happens in Brazil. The whole weekend has been awesome and this Grand Prix has set the bar even higher. The stadium is great and the fans are awesome. It’s nice to come to a new place, especially when it puts on a show like this. The Drivers’ Parade was awesome too. I had goose bumps. It was very exciting to see so many fans cheering for us. As for the incident with Sebastian, I was on the inside and he took the apex, so I had nowhere else to go.”

Daniil Kvyat: “As a team I think today we did a perfect job, scoring solid points from a solid race. The podium was very close and we were fighting until the end, but on the restart after the safety car we didn’t have enough pace on the straight and Williams went full bananas, so Bottas passed me quite easily. It was a shame about not getting on the podium, I thought we had it and we deserved it today, and maybe without the safety car we would have, but that’s racing and we have to accept it. The race was still fantastic though; good racing, good controlled laps and I’m happy with how all 71 laps went. We’ve been very strong this weekend and the track has suited us quite well. I think this weekend showed we can be champions if we get back on the path. I believe in this team, I believe in us and I believe in our future.”