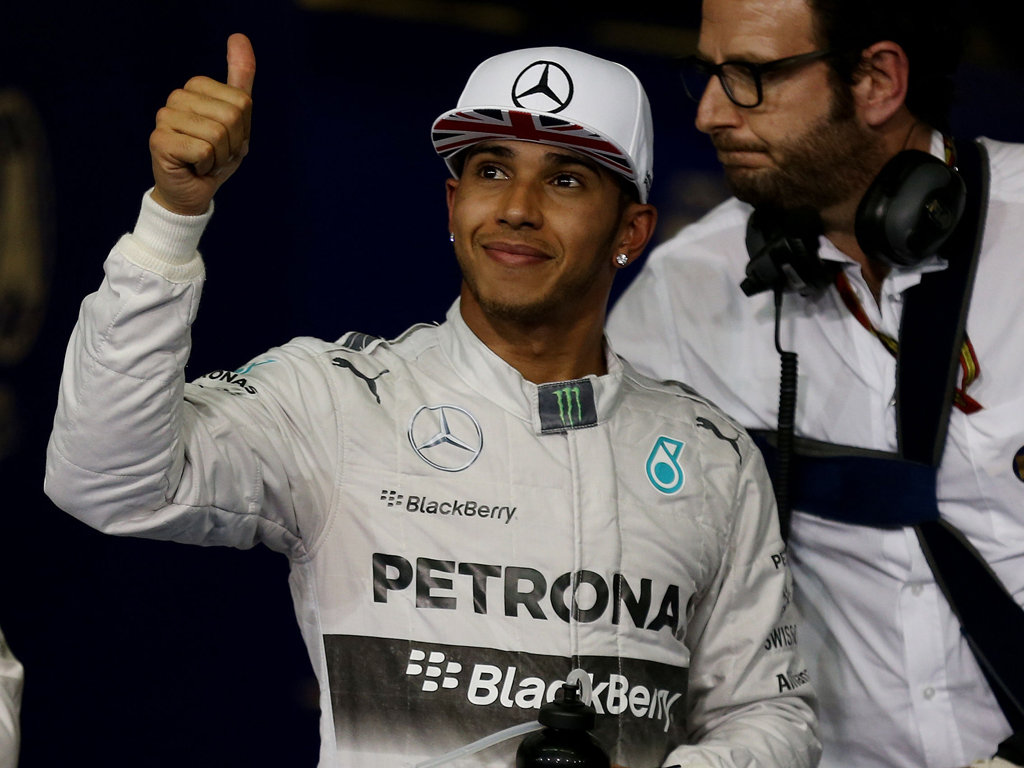 Lewis Hamilton clinched the final race of the season in Abu Dhabi and claimed the 2014 World title. Felipe Massa was second on the day…

Mercedes:
Lewis Hamilton: “It is very hard to soak all this up. When you are going through the race, when you are coming here this weekend, there is so much pressure from around you, you are just trying to ignore it, trying to keep your eye on the ball. Coming in today… Niki [Lauda] was right, I did not sleep last night. I went to bed at about 1am and woke up at like 5am this morning and I went for a run this morning and a massage and everything and I thought for sure I am going to be tired when it gets to the race but somehow I felt composed and my family came and surprised me at breakfast, which was really a great thing. I wanted them to be here but I just knew how intense the weekend would be and I did not know if I was going to have time to give them any time. I did not want to finish the day or the weekend saying ‘I wish did that or I wish I did that. This has been an incredible year. I just cannot believe how amazing this has all been. Coming to this team last year, the decision to come here, when a lot of people said it was the wrong choice. The steps we took last year and then coming into this year, it was just unbelievable and then again, as I said [on the podium], the fan support has been phenomenal. I never in a million years thought I would have that kind of support. This is the greatest moment in my life. It feels very surreal. It feels like an out-of-body experience. I feel like I am back here watching this going on, it is not really happening. So I am going to really make sure I give my thanks and count my blessings. It is really due to all the people around me. 2008 was a special time in my life. [But] the feeling I have now is way, way past that and above and beyond. It is the greatest feeling ever. I am grateful to God, I am grateful for my car finishing and really, to everyone, thank you so much everyone.”

Nico Rosberg: ” “I’m very disappointed, the chance was there today and it was a special occasion but it didn’t work out,” said Rosberg, who eventually came home in 14th. “In the end my race didn’t make a difference because Lewis won the title fair and square. I don’t dwell too much on my issue because he deserved to win today and he deserved to win the championship, this year he was just that bit better so it’s fully deserved. He’s had an amazing year and did an amazing job, he was the best driver on the grid this year for sure. It was a great battle between us and that’s what I race for, to go up against Lewis. It’s very intense at times of course but most of the times fantastic. I’m very proud to be part of this moment with the team, it’s been special and unbelievable having such a car.”

Williams:
Felipe Massa: “It was a close race, I didn’t think the victory was there, but it was so close at the end. It was good to be racing and pushing the Mercedes. I hope this is a strong building block to go on for next year. The team progressed so much throughout the year, which is why we were able to get podiums in the second half of the season; we will continue this forward movement into next year.”

Valtteri Bottas: “We were very competitive today. I got a bad start and the race was compromised after I was stuck behind a few cars, so to walk away with a podium is incredible. It was a good race; I could really push and fight. The team has grown and developed throughout the season, from our first race in Melbourne to our best result here. It’s a great start to build on for next year and to continue the team’s great history.”

Red Bull:
Daniel Ricciardo: “Yeah really happy, I think it was pretty much a faultless race from all sides, from the strategy, to myself and the pit stops, everything was good so we did everything we needed to. I had fun passing, it wasn’t boring out there, so it was pretty much what I asked for. One spot better would have been nice, but fourth is really cool from the pit lane. It’s been pretty much a perfect season, as perfect as it can be without holding a world title, so no real regrets, no complaints. It’s nice to not only start the season well, but to finish it well also and I think all the way through it was good – we had a strong summer as well, so the start, middle and end were pretty good!”

Sebastian Vettel: “I felt there was more, but once I got stuck behind Kevin at the beginning it was quite tough, so I can’t be completely happy with today; when you race you want to finish as high up as you can and today I think we had the pace to finish higher. I think the last six years have been an incredible journey, obviously we didn’t expect that when we started working together – you can never expect four Driver titles and four Constructors’ Championships in a row. You get to know some people in a very good way and build friendships that will last a long time. You go through happy days and sad days, you go through them together and I think I learned a lot. I’d like to thank Red Bull and the Team for everything they did and I will miss them. I feel ready for the next step.”