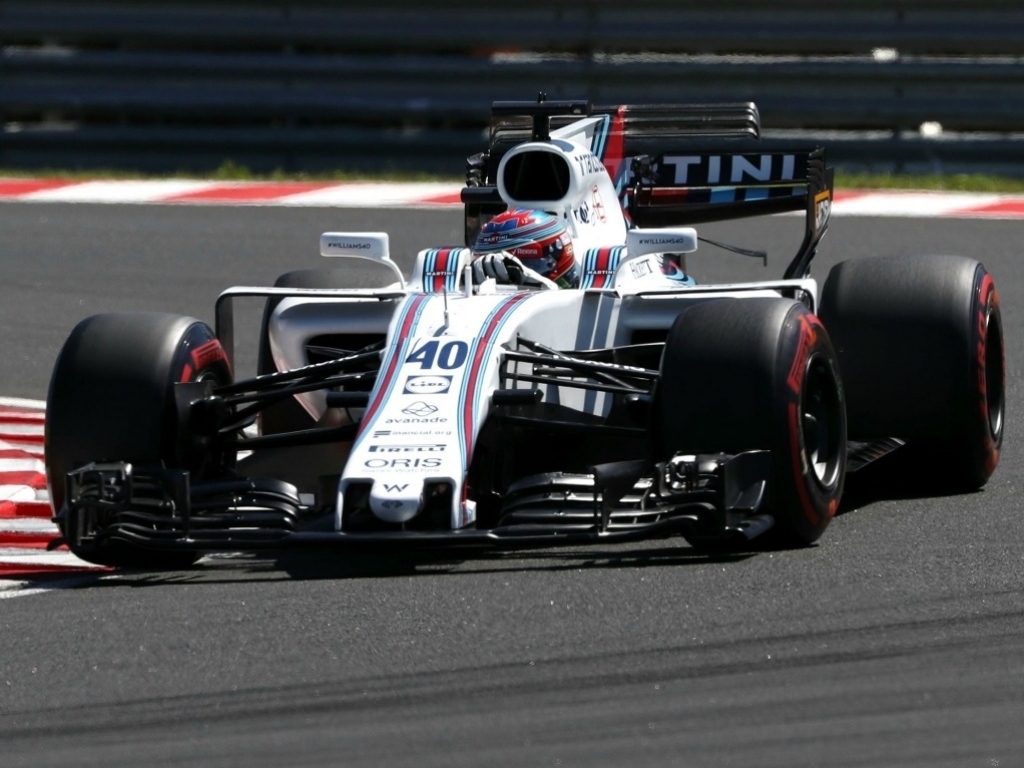 A war of words between Nico Hulkenberg and Kevin Magnussen, while Paul di Resta had to retire in his first F1 race since 2013.

Jolyon Palmer: “The start was okay, but I lost out when I had to avoid Ricciardo, who suddenly slowed and that dropped me out of the top ten. As well as letting him through, my strategy was compromised today to try and help Nico’s race, and that meant Magnussen and Kvyat jumped me. It was a frustrating run to the flag with much more pace, but no chance to overtake them on this track. Now I’m looking forward to summer break and switching off from racing to reset for Belgium.”

Nico Hulkenberg: “It was a frustrating race today, especially as we had the pace for a better result. I felt really confident and the car was good. We could put in decent lap times in clear air, but it was pretty difficult to pass, so I spent a lot of time stuck in traffic. The pit stop was frustrating as we lost a lot of time at a vital moment in the race. This led to me being stuck behind Kevin Magnussen. I’m all for hard racing but he was just ruthless by pushing me off track, for which he was then penalised.”

Kevin Magnussen: “I don’t really understand the penalty. He (Hulkenberg) didn’t get anything for what happened at turn one when he smashed into the side of Romain, which finished his race effectively. I didn’t even touch him. He could have chosen to back out, as I had the corner. I was on the inside and we were side-by-side. If anything, I was a little bit in front. I just chose my line. It’s not like I moved off the racing line. We braked late, so it’s natural you go wide and push on the entry. He put himself in danger on the outside. There aren’t many positives to take away from this weekend. It’s been a tough weekend in every sense. I’m sure we’ll do better next time.”

Romain Grosjean: “Not much to say about the race, to be fair. It was compromised at the first corner when I was hit. Then we had a puncture, and then we had a loose wheel, so we had to stop the car and not take any risks. When you have a tough weekend you then want to jump back in, get back on the horse. The break will be good for everyone, but we need to understand what we can do to avoid this kind of weekend.”

Lance Stroll: “It was quite a boring race, I was driving alone the whole time, so not much happened and we didn’t have the pace this weekend to stay with the others. I tried everything I could in the first stint to hold the other guys, and I was doing okay. Then, in the second stint, I tried the undercut but I just didn’t have the pace and overheated the rears too much. We kind of finished where we started, and we expected that. All in all, it was a tough weekend, but we now need to look forward to the other kind of tracks – Spa, Monza – that should be better for our car. Now we are over halfway through the season, I feel very different to Australia. It was my first race and with each one I have been getting a little bit better. Obviously you shine a bit more on the tracks that work with the car, but for sure every race and every weekend I am getting more experience and becoming a better driver. I am now looking forward to the break to recharge the batteries and do a lot of training.”

Paul di Resta: “It was obviously a very exciting day, but it was a very difficult day as well. Jumping straight in the car with no experience of the different tyre compounds or running on high fuel. I wasn’t sure what to expect so I went in with an open mind. You have to be very aware of the space around you, and how much downforce you lose when there’s traffic around you. So I was cautious and just wanted to keep my nose clean. We went a different way on strategy, but the biggest thing for me was just gaining the confidence as the runs went on and I was feeling more comfortable with the car. It would have been nice to finish, without the oil leak. But overall I’m not too dissatisfied with where I was given how little running I’d had.”

Pascal Wehrlein: “Considering my grid position, the race result is ok. I could not have expected more starting from P18, so we definitely made the best out of today. Now, I am looking forward to the summer break, during which I can review the first part of the season. I will then return into the second part with full power.”

Marcus Ericsson: “It was a difficult race. We did not have the pace that we hoped, and were just not able to fight the competitors in front of us. It is disappointing, because we expected to make a bigger step with the first parts of the aerodynamics update we brought with us. After the summer break, we should be able to make another step forward.”