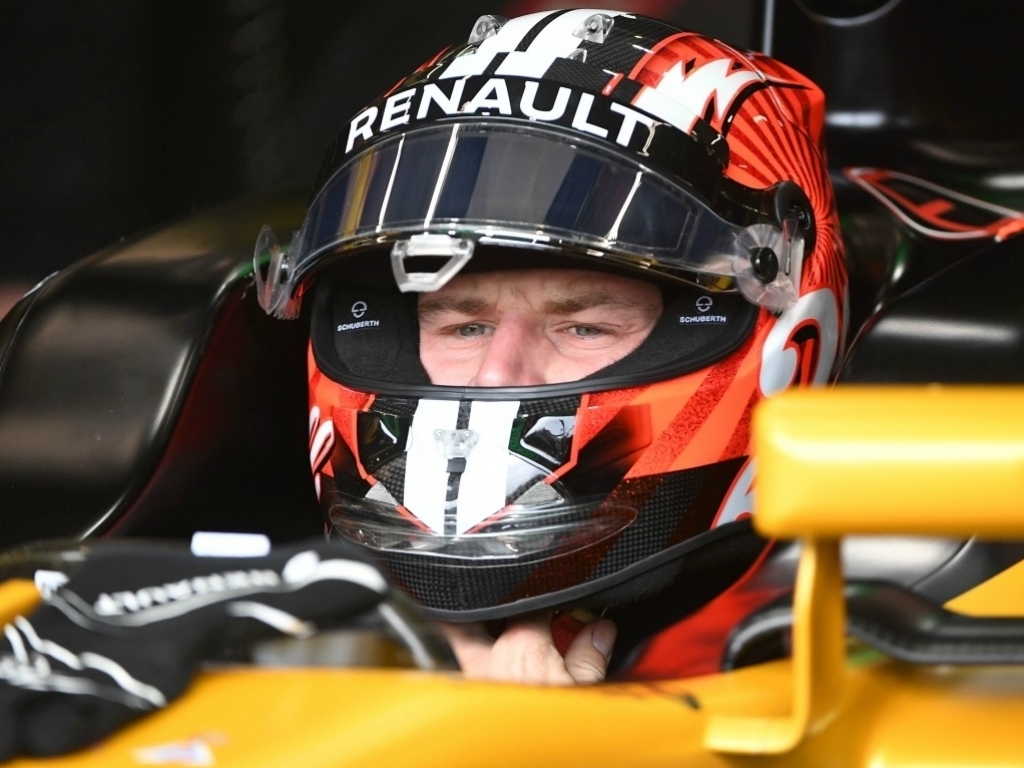 Nico Hulkenberg finished best of the rest at Spa, with Romain Grosjean and Felipe Massa also picking up good points.

Nico Hulkenberg: “It was a solid day; I’m happy and pleasantly surprised. I had a poor start but was able to rectify it at the first corner with a move down the inside to have a great run on Checo through Eau Rouge. The car felt better than yesterday and we were the fourth quickest team out there again which allowed us to finish in the top six. I had some great fighting with Fernando. It was pretty hairy getting three abreast with him and Esteban. Fernando was making a move with DRS and a big tow, then Esteban had a massive overshoot so for a moment I thought ‘oh gosh, it’s not going to end well,’ but fortunately it was great racing and I’m sure great to watch from the outside. I’ve definitely got good confidence heading to Monza.”

Jolyon Palmer: “I think the race could have gone better; we knew that taking a penalty would mean starting on used tyres with everyone around me on fresh sets and that was always going to put us on the back-foot. Despite that, I had a decent start and the car was much better once we changed tyres. It was just a case of being stuck in traffic for much of the race. I had some good fights though, they were fun, but it’s a shame not to have anything to show for it. Had we started seventh, points would have definitely been achievable today.”

Romain Grosjean: “It was a hell of a race. I’m pretty tired right now. We knew we could be somewhere close to the top-10, but we didn’t think we could be in there. After a few laps the car felt OK. I didn’t have a great start, but I pushed really hard. We had good degradation on the ultrasoft. We had planned for one stop. I saw Force India going for a two stop and I thought if they don’t open up too much of a gap, it should be good. The safety car came out, and then I tried really hard to get the Renault ahead of me, but it was just a little bit too fast. I’m very happy with the team, very proud. After FP1 I thought it was going to be tough, but we recovered very well. We just need to be more consistent in that tyre window, the setup, and being there from the beginning of a weekend.”

Kevin Magnussen: "I just locked up both tyres with cold brakes, cold tyres, into the last corner at the safety-car restart. It was my bad and I’m really sorry for the team. It could’ve been a double-points finish for us this weekend. I just have to push harder next week to make up for it. Obviously, I’m at least happy that we scored points with Romain, but it’s hard to swallow right now. We’ll be there again next week. I think I would’ve had a good fight with (Felipe) Massa, for sure. I was faster than him on the stint before the safety car. I think we would’ve been fighting with him, but it didn’t happen and I’m really frustrated with that. I think we could’ve had a pretty easy double-points finish with both cars. I’m really annoyed. The car’s been working reasonably well this weekend. It’s a high-speed track and the next one we visit is as well. Hopefully, we can be strong again. It’s always frustrating when you miss out, and I think we did today.”

Felipe Massa: “I’m very happy with the race today, it was like a victory. Great start, great overtakes, good pace for the car we struggled with yesterday, so I’m really happy and also to be able to keep the cars behind at the end. I think today was a very intense race, but I’m so happy. I know eighth place is not a nice position, looking at everything I have achieved in my career, but today the way I drove the car and the way I drove in this race, it was definitely like a victory and I’m so happy. For sure there’s a lot to understand and improve in the car, like what wasn’t working in the last two races, but I’m happy with the perfect race I had today.”

Lance Stroll: “Certainly this was better than yesterday, but we just missed out on the points, which was unfortunate. We got lucky with other cars dropping out, but today was definitely a lot better. It was unfortunate that I had damage at the end when overtaking Magnussen at the safety car restart. I broke a piece of the front wing and just had to survive until the end. Without this I could have been attacking Sainz for points, but it was a good race with plenty of stuff happening and I had fun. It was great to see the car was working better in the race than in qualifying.”