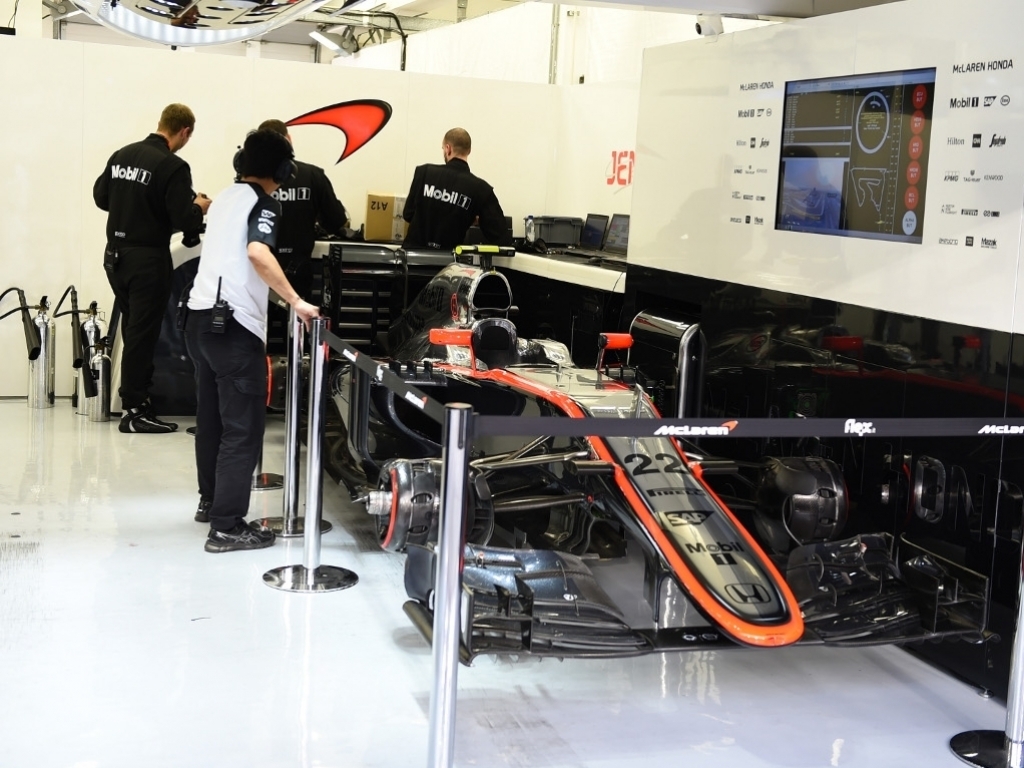 Both Red Bull cars finished in the top 10 while there were also points for Force India through Sergio Perez.

Red Bull
Daniel Ricciardo:  "I think the race went as well as it could and I drove well to finish sixth. The chassis is working better and through the corners we are more or less there; we’ll move onto Europe and see if we can get further up the grid and keep improving. The weekend went pretty smooth for me until the end of the race, I don’t know what happened, but the team will have a look at it."

Daniil Kvyat: "I enjoyed the race today, it put a smile on my face. We had a good recovery to finish in the points. We gathered a lot of data to analyse and see what improvements can be made so we can move forward. As a team we want to improve and we’re all working hard to get there – I can feel good vibes are coming."

Lotus
Romain Grosjean: "It had been a tough weekend until now for me, so it was really great to get another strong seventh position. Today’s race was great, especially as there was lots of overtaking. I was really hoping to catch Daniel Ricciardo but he was too quick for us today. It was quite difficult to manage tyres, especially with the rears so I think we did a good job to make the two-stop strategy work. We only had new medium compound tyres for the race, the rest were scrubbed, so it really was a great job by the team. It was a good recovery from Friday and Saturday’s session and I’ll happily take seventh place as my birthday gift for myself and the team."

Pastor Maldonado: "That was a frustrating race for me. I pushed as hard as possible at the start on the medium tyres whilst everyone around me was on the grippier soft compound rubber. Once I moved to the soft tyres I was able to set the race’s then fastest lap so things looked good with our strategy. Unfortunately the engine anti-kill triggered when I came in to make my final pit stop which cost me a lot of time. It’s frustrating as we should have finished strongly. My focus is now Barcelona where I’ve delivered very strongly in the past."

Force India
Sergio Perez: "Eighth place feels very good and I’m very satisfied. It was a great opportunity to score points today and this is a nice reward for the whole team. Before the race we were not sure a two-stop strategy was possible for us – we thought the tyre degradation would be too high, but the team did an amazing job to make it happen. My engineers were giving me good information over the radio and after the first stint we knew that stopping twice was our best chance of scoring points. I think this was one of my best races in terms of managing the pace and the tyres. There are a lot of positives to take from this weekend and once again we showed that this team has a lot of heart and that we never give up."

Nico Hulkenberg: "It was a disappointing result for me tonight: we didn't seem to be able to find the same level of grip we had in qualifying and that made it really hard in the car. We were in a few battles, but we just couldn't get the right edge, which is a shame. We seemed to be struggling to preserve the tyres compared to the cars around us and this cost us positions. We will need to investigate what caused us to suffer so much in the race, and hopefully it will at least give us an answer to avoid a similar situation in future races."

McLaren
Fernando Alonso: "We weren’t quite fast enough to get into the top 10, but we finished the race and got a bit more valuable experience with the car, which had been our main objective. Everything worked fine on my side of the garage, but unfortunately Jenson couldn’t start the race. We need to look at many things before the Spanish Grand Prix, and we have three weeks in which to increase our performance and improve our reliability. There’s a lot of work ahead, but we’re optimistic. It’s clear that we’re all committed to this project and to doing all we can to bring about our eventual comeback. The whole team is united and everyone is hugely motivated by the challenge ahead. Hopefully, we can build on what we’ve achieved so far, and see further improvements over the next few races."

Jenson Button: "Obviously, that was a disappointing day to end a disappointing weekend. However, although I was unable to get the running I required, and was also unable to make the start of today’s race at all, it’s clear that our car is improving, and that’s good news for all of us. That’s a result of a lot of hard work. In particular, I want to say a big ‘thank you’ to the boys in the garage, who worked unbelievably hard all weekend for so little reward. Their commitment and team spirit are massively impressive, and I know we’ll get the rewards they deserve in the end."