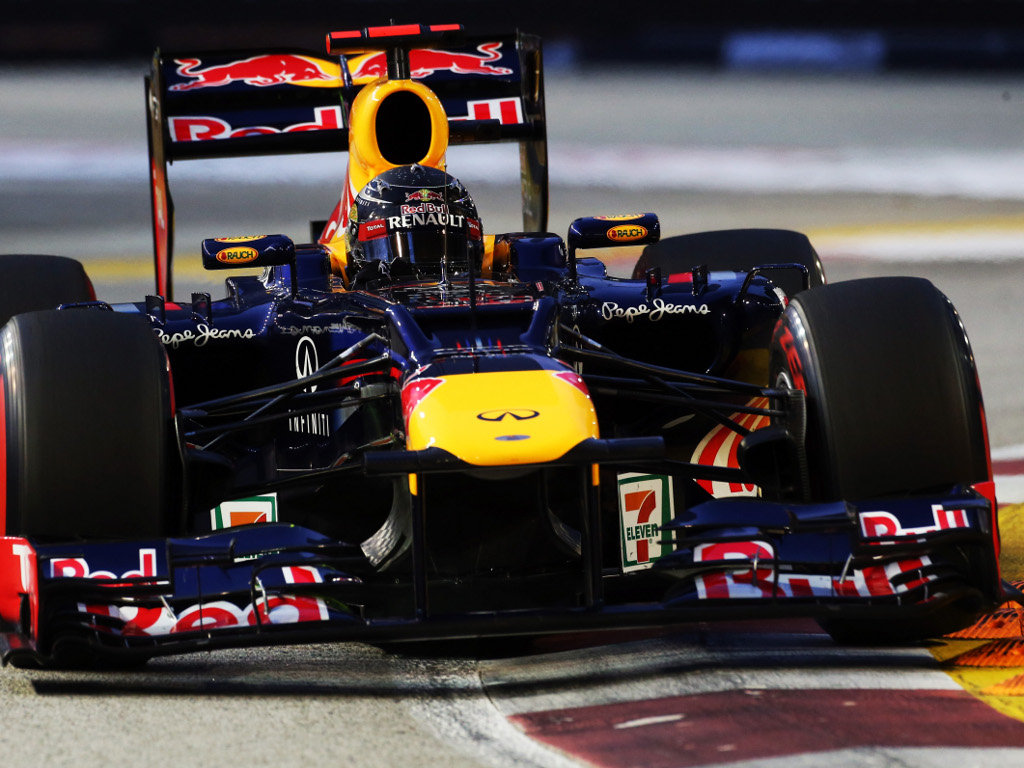 Red Bull:
Sebastian Vettel: “It’s great to get the win today. I’d like to dedicate it to Professor Sid Watkins. It’s thanks to all the work he did to bring safety advancements to the sport that we can race on circuits like this. Looking to the race, Lewis had to retire which is a shame for him. I know how it feels and have been in that position before. I think we could have had a tight battle. I felt very good on the harder tyres and we had a lot of pace. I think it’s very good to get this win here today. We know the next few races will be tough, but that’s the challenge.”

Mark Webber: “I wasn’t too bad pace wise. The strategy was going alright, but the second safety car really hurt us and put us to the back of the queue. Around here, fighting and looking after your tyres is a bit of a mess. It’s a shame. Sebastian got some good points for the Team, so that’s good and I’m just looking forward now to the next few races. I like Suzuka, so I’m looking forward to that.”

McLaren:
Jenson Button: “It’s nice to be back on the podium – and, if I finish every remaining race in the top one or two, that’ll be perfect. During the first stint, I even thought I had a chance of winning because I was able to go longer than the cars around me. But then they didn’t seem to struggle much on the harder tyre, so the advantage swung away from me. I had a good second stint, but the harder tyre didn’t feel quite as good for me [as the softer tyre]. Then I didn’t really have good balance in the final 10 laps. I still have a slim chance of winning the drivers’ world championship, but I’m just enjoying my racing at the moment. I think our car will be competitive at Suzuka, and we’re doing a very good job as a team too. Of course, it’s disappointing that we had a reliability failure with Lewis’s car, so that’s something we need to solve, particularly as we’re doing such a good job in every other area. If we can solve our reliability issues, we’ll definitely have a chance of fighting for the win in all six remaining races.”

Lewis Hamilton: “It’s heart-breaking not to have finished the race today. we definitely had the pace to win this weekend. In fact, before I retired, I was cruising; just managing the gap back to Seb [Vettel]. Then I started to experience difficulty with the gearshift, then I lost third gear, and then the ‘box kept dropping into neutral. Obviously, I was disappointed, but the good thing we can take away from this weekend is that we have extremely good pace. As a result, I think we can really attack in the next few races. It’s going to be hard to close the gap to guys like Fernando [Alonso] and Sebastian [Vettel], especially when they keep finishing race after race, but I’ll never give up. There are six more races, and I need to go and win all six. I’ll fight until the end.”

Ferrari:
Fernando Alonso: “In the end it went well, but we definitely can’t go on like this. It can’t always be the case that my closest rival retires, as has happened in the last two races and we can’t think of carrying on to the end of the season with qualifying sessions like yesterday’s, when our performance was almost a second off the best. On track we manage to make the most of what we have, making few or no mistakes, thanks to great work from the team: for that alone we deserve to be where we are in the classification. Today, we pulled out an advantage over three of our four main competitors, which is positive. Probably this has been the most difficult circuit for us: we will find partially similar characteristics in Korea and Abu Dhabi, but I hope that by the time we get there, we will have found a way of improving the car. The start was definitely not one of my best of the season, but luckily I managed to take back my position from Di Resta immediately. At my first pit stop I immediately ran into traffic, but I had felt the tyres were beginning to degrade too much, so we opted to pit. On the Softs, we were more competitive, but then, after the second stop, the Safety Car came out, which favoured Button and Vettel. Just before the restart, the two leaders nearly collided and I lost a few metres because I was changing settings on the steering wheel. At that point, we didn’t know yet whether we would need to stop again, but when the second neutralisation came and some drivers pitted, then we decided to stay out, even if we weren’t sure if we would suffer with tyre degradation in the final stages, but that wasn’t the case and we made it comfortably to the podium. It was a very tough race physically, definitely the most tiring of the whole season: three hundred odd kilometres in this heat and such high humidity is very stressful.”

Felipe Massa: “That was a very tough and difficult race. There’s regret for what happened at the first corner, because without the puncture, I could certainly have finished a lot closer to Fernando, which would have been important for both championships. Once I had pitted, there was not much to work out: the aim was to try and make the tyres last as long as possible, while at the same time, going as quickly as possible. Luckily, the two Safety Cars brought the pack together again, but it’s also true that I would never have thought of doing such a long stint as my last one on the Supersofts. The performance of the 2012 today was definitely very different to what we had seen on the two previous days: it seemed like I was driving a different car! Even at the end, I tried to push to make up some places and it was only in the last two laps that I switched to thinking about just bringing the car home, given that the tyres were practically gone. The move on Senna? I think the rules are very clear and one just has to respect them: I was already alongside him and he had to leave me room, but instead he squeezed me into the wall. McLaren and Red Bull are very strong, but I think that today’s result is not so bad for the team: Fernando has managed to bring home a good points haul. Of course we must improve our performance, especially in qualifying.”

Force India:
Paul di Resta: “Fourth place is a great team result and my best day in Formula One so far. We qualified well, raced hard and took advantage of a few retirements, but in the final stint we certainly showed that we had great pace. I don’t think the safety car really impacted on my race too much and I was able to make clean restarts each time and hold my position. I was very close to Alonso in the closing stages, but was just missing the pace to really challenge him for the podium. This result is just what we needed for our fight in the championship and I want to say a massive ‘thank you’ to the boys in the garage who put in a huge effort, as always.”