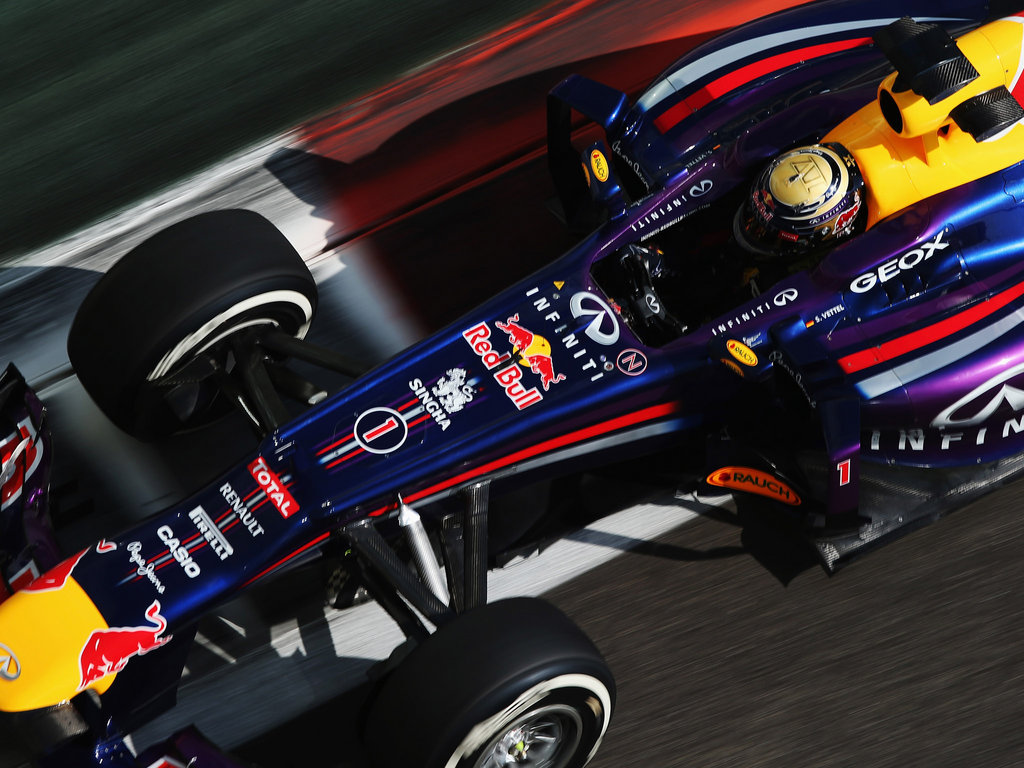 Red Bull:
Sebastian Vettel: “I think today was incredible; the pace we had was scary at some stages, I felt very, very good on the soft tyres and was able to pull out a good gap in the first couple of laps. I think it’s difficult, being an active member of the team, to put things like today into perspective. When I think of the times we’ve experienced over the last few years, it’s incredible to have a strong group of people together that believes so much in what they do. To be part of that is great and makes me proud. The car was so enjoyable on every single lap. There are not that many races when you are in complete control of the car – so it’s special. I didn’t get the maximum out of myself yesterday, but we made up for it today.”

Mark Webber: “Seb was on another planet today and was very, very strong in the first stint. He was super quick and his tyres didn’t wear out, which is a recipe for disaster for the rest of the opposition, me included. Nico had a very good start on both Sebastian and I, but fortunately it wasn’t a long run to the first corner. We got under way from there and I attacked Nico on the first lap, but then we had to look after the tyres, so we waited and then on lap eight or nine we were in trouble with the rears. I made a good move on Nico to get back into position. It would have been good to win, but we got second and I’ll go to Austin and try and do better.”

Mercedes:
Nico Rosberg: ” I had a great start to the race and was able to catch Mark off the line. I thought there might be a chance to get Seb but it wasn’t quite possible. I was able to push hard in the first stint on the option tyres but the second stint wasn’t quite as good as the car had a lot of oversteer on the primes and Mark was able to pass me. After the second stop, the set-up worked much better and we were able to set some really good lap times. We didn’t quite manage to take the challenge to the Red Bulls today but we were closer at least to one of them and hopefully we can make it happen in the last two races. As a team, we scored some great points for the constructors’ championship this weekend and I’m very happy about that.”

Lewis Hamilton: “That was a tough race this evening for me. My race just didn’t quite come together and I’m not really sure why as I gave it my all out there. I had some problems with grip and, of course, it’s so difficult to overtake here when you are in traffic but we also need to figure out why I’m not getting the maximum performance from the car at the moment. The guys worked so hard this weekend to get my car repaired and ready for the race so it’s frustrating not to have delivered a better performance for them. A massive thank you to everyone for their efforts and it’s great that we have extended our lead for P2 in the constructors’ championship. All points count but Nico did a really good job today to maximise the potential of the car. Hopefully the last two races will be stronger for me and I look forward to that challenge.”

Ferrari:
Fernando Alonso: “I am happy to have brought home points for the team in a race that was always going to be tough, on what has been a very difficult weekend for us. Given the gap to the top four, I certainly couldn’t have done more. Starting from further back, we knew we would find ourselves in traffic, therefore having done well at the start, I tried to overtake as much as possible. When we saw that we were always behind another car, it became impossible to think in terms of a single stop and it was clearly better to switch to two and attack. As the mediums were holding up quite well, we thought we’d use the softs for a short stint to try and do a series of quick laps. As for what happened with Vergne after the second pit stop, I don’t know what the stewards will say, but the rule states that if you have an equal amount of car to the other one on the track then you can use all the space. But this was only one incident in a race which, for me, was fantastic. Now, if we don’t want to give up our fight in the constructors’ championship, we absolutely must do better and finish the last two races on the podium”.

Felipe Massa: “Today I was competitive from start to finish and pulled off a lot of passing moves with a car that handled well. It was a great race. Our strategy was based on a single stop, but when we realised that the pace was too quick for the rear tyres and the wear was greater than expected, we decided to make a second stop so as not to take any risks. Fitting the mediums rather than the softs was not the best decision, because the softer compound was quicker by at least a second per lap: I’d managed to do 19 laps on them in the first stint and it would not have been a problem to do the same in the final part of the race. It’s a real shame, because we could have finished at least fifth, but even if this is not the result we deserved, I am still pleased with my performance. Now we head for Texas and Brazil, two tracks that on paper should suit our car better and where I hope I can continue to be competitive.”