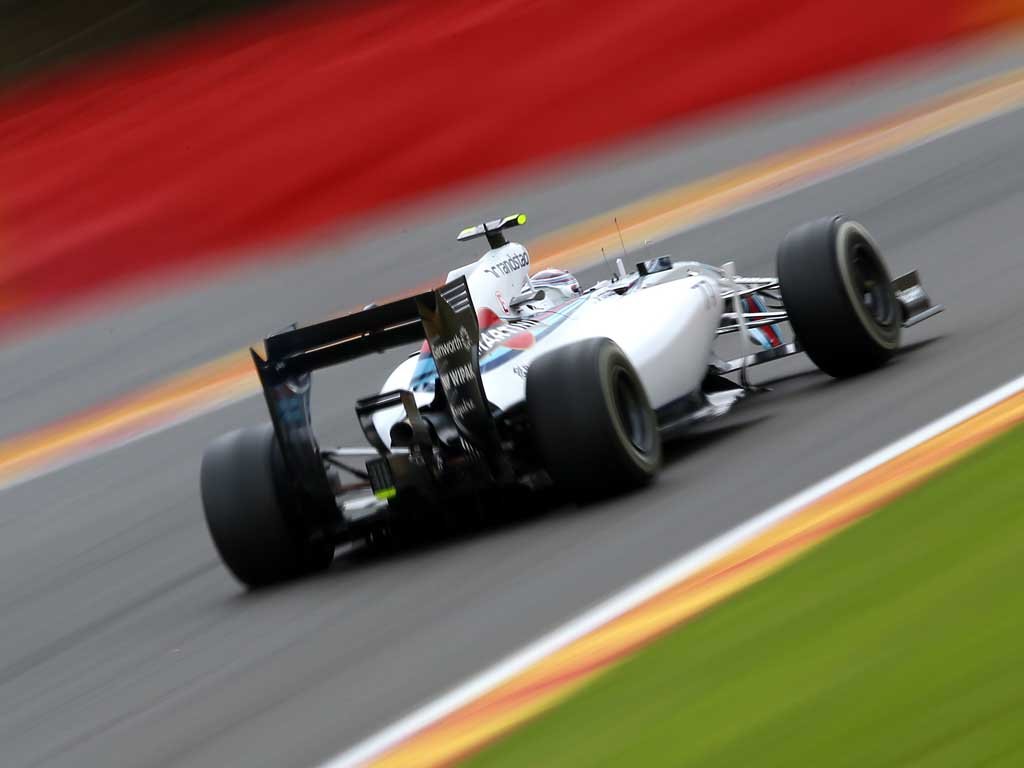 Daniel Ricciardo made the most of Mercedes’ woes to win the Belgian Grand Prix while there was another podium for Valtteri Bottas.

Red Bull
Daniel Ricciardo:“You know everyone was saying we didn’t really have a chance around here, but I think we had some really good pace today and surprised ourselves. It feels a bit surreal, but another win is very cool, very cool. It was difficult staying out at the end of the race. When you’re the leader as well you always feel like you’re the most vulnerable when it comes to a pit stop or not, but Simon my engineer came on the radio and said I think it’s 11 laps left, can these tyres get to the end? And I said I think I can keep more or less this pace, and we were able to, and then on the last lap I found a couple more tenths, so I was having a bit of fun then! There’s been a lot of good things about the win today, obviously the last two came from a more aggressive style of race, but today was more calculated and it was nice to win under different circumstances.”

Sebastian Vettel:“Towards the end of the race was good, I was in a rush to get through because the laps were going down and obviously Alonso and Magnussen didn’t have fresh tyres, so Jenson and me caught them fairly quickly. In the end it was good not to lose a position compared to when we decided to pit, which was probably a little bit late, but in the end we maintained the position. The battle was fairly interesting, it was a bit all over the place with people pushing each other off on the track, but we race hard, although sometimes maybe a bit too hard! The team did a great job in the pit stops, three perfect stops, they felt really quick.”

Mercedes
Nico Rosberg: “That was a tough race. We had the pace to win today but the incident cost us a top result, so I’m really disappointed because for the team it was a bad day. As drivers, we are here to entertain and to show the fans a good time, so our duels are always on the limit. I regret that Lewis and myself touched, but I see it as a racing incident – just as the stewards did. I was quicker down the straight and went to the outside as the inside line was blocked. I gave it a go and, after we touched, I realised that my front wing was damaged and thought that was it. In the next second I saw that Lewis also had a problem, which was very unfortunate for him and for the team. We sat down quickly after the race but there will be some more meetings to be held in to avoid races like today.”

Lewis Hamilton: “I’m gutted with the result – not just for my own Championship hopes but for the team, as we really should have had a one-two today. It’s been a tough year for everyone and the whole team has been working so hard – every time we’ve been knocked down they’ve never given up. I didn’t fully understand what had happened until I saw the replay just now, but I gave him plenty of space, took the corner like I usually do and suddenly felt a big hit from behind. There was nothing I could do about it and that was effectively my race over. I wanted to retire the car early – not because I was giving up, but because I couldn’t catch the people in front of me and even with a safety car I don’t think I would have been able to pass them. The car was quite badly damaged and my thoughts were to preserve the engine after the last one was destroyed in Hungary. What happens next is not my call – that’s one for the bosses to make. But I’m now almost 30 points behind in the Championship so that’s the main thing on my mind. It’s a big gap and it will be hard to recover from here. That’s tough to swallow – but ultimately it’s just been one of those days.”

Williams
Valtteri Bottas: “Our pace was solid today and a lot better than in qualifying, with some good battles with the Ferrari’s and Red Bull’s, and I think third was probably the right result. I was stuck behind slower cars at the beginning which made the first stint difficult, but I managed to make my way past cars when it was needed and that was important for my race. We came into this race aiming for a podium and it is very satisfying to achieve that after an up and down weekend with tricky weather and Felipe being very unlucky today with debris.”

Felipe Massa: “Unfortunately at the beginning of the race I had some tyre debris stuck in the floor that came from Hamilton’s car and this made the car very slow, losing about two seconds per lap. This wasn’t removed until my second pitstop and after that I was nearly three seconds quicker and the fastest car on track, but at this point it was too late for me to really do anything. Obviously I’m very disappointed that something like this has hurt my race and I just hope that in Monza my luck will change and I am able to put the car in the sort of position it is capable of.”

Ferrari
Kimi Raikkonen: “We had decided to tackle this race more aggressively, making an early stop to get ahead of the cars that had yet to pit and that meant I was able to stay with the leaders for much of the race. When Bottas in the Williams began to close on me, I knew I didn’t have the speed to defend on the straight and with a few laps to go, he managed to pass me. In general, I’m happy with how this weekend ended. We knew it would not be easy on this circuit, but we did our utmost and for the first time, we managed to have a clean race without any problems. The car has improved and today the pace was good. Fourth place shows we are going in the right direction, but it doesn’t mean we can settle for that. Today, we scored a good number of points, but we are here to win and we will continue to work to reach the top.”

Fernando Alonso: “Today my race started on the back foot as the car did not fire up and we had to use another battery. It’s a shame because we had a strong pace all weekend and, starting fourth, we could have finished on the podium. With a penalty to take and on a circuit where top speed is our weak point, we knew we didn’t stand much of a chance, but all the same we did our best. Unfortunately, towards the end there was some rather questionable driving and after my front wing was damaged in a coming together with Vettel, the important thing was to get to the chequered flag. I know the Stewards acted on what happened, but I don’t think it’s that important when you are fighting for sixth and seventh places. Now we must look ahead and prepare for Monza. Even if it’s a track that won’t suit our car, it’s our home race. We will have the support of all the fans and so it’s a race where we want to do better. Let’s hope we succeed in that.”