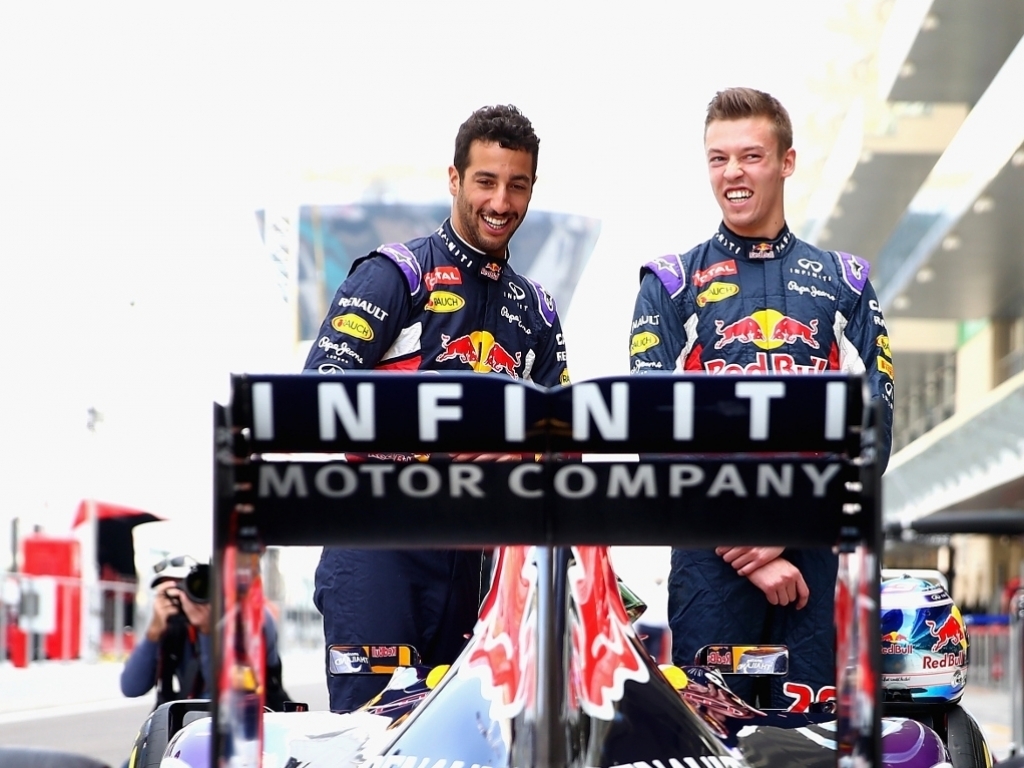 Solid day for Daniel Ricciardo as he finishes P5, but Valtteri Bottas had a nightmare after an unsafe release in the pitlane.

Red Bull
Daniel Ricciardo: “Top 5 would have been a bit sweeter, but I couldn’t hold off Seb, whom we expected to get past us more towards the end of the race. I held him off for a lap and then, especially on those Options, his pace was so much quicker. I tried to get Perez, but couldn’t get close enough. At the start I had a sniff at Hulkenberg and went for it and that paid off. Parts of it were fun. I would have liked more battles though, but it looked quite spread out. It’s a circuit I enjoy fighting on. I have confidence in the big breaking zones here. I think we ended the season well and feel I got the most out of the car, so I’m leaving the season more happy than I was a few races ago. Sixth is probably not that representative of how good our weekend was, but I’m pretty pleased. I would love to go racing next weekend but at the same time I’m happy the season is over and I’m optimistic that next year will be better. I think we ended the season with a lot more feeling and confidence in the chassis. This season has made us stronger as a unit and I’m happy to move forward with these guys to be better next year.”

Daniil Kvyat: “It was good that we managed to finish and I was happy with my pace in the first half of the race. So, up until about midway, it looked as though we could have had a really strong race, as I was controlling Massa and attacking Hulkenberg, but then we had electronic issues and we had to give up the fight in a way. From then on we were losing a lot of time on the straight. Almost every lap we had to do something about our electronic issues, so under the circumstances, we did absolutely the best job we could today and I’m happy about that. Our focus from now is 2016 and if we can make some steps forward over the winter, we will be happy.”

Williams
Felipe Massa: “It was a very tough race, but not much happened apart from trying to overtake a car with very similar pace. We didn’t have the pace we wanted and we’ve paid the price in the last few races. This is a poor way to end the season, but it is a good motivator to come back strong in 2016. The guys are working hard so we hope to make gains over the winter.”

Valtteri Bottas: “Of course that was not the way we wanted to finish the season. But in the end this could be good – it was a proper wake-up call that we really need to raise our game if we want to challenge for the wins next year. We all know the facts, we need to find big gains with the car during the winter, and there are operational things we need to do better. Everyone knows it and we are fully motivated to fix these things and have a much better season next year. I need to say a big thank you to everyone in the team because we achieved third place in the Constructors’ and with this team I managed to be fifth place in the Drivers’ Championship. This season gave me some good things to remember, like a couple of very special podiums, but we want more so none of us are fully satisfied yet.”

Lotus
Romain Grosjean: “It’s been an emotional journey for me and I’m so happy to be able to reward everyone at Enstone with points in my final race for the team. I had to push all the way and it wasn’t always plain sailing as there was a lot to manage on the car. The calls from the pit wall were great and my pit stops were fantastic. I owe a lot to this team and it really feels like a family to me. I hope to be back one day in the future. This has been the best season of my career.”

Pastor Maldonado: “It’s sad to end the race in the first corner because we were looking good for the race. Today we had a good strategy to go with our better race pace, but anyway this is racing and it can happen. I didn’t see the contact I just felt it in the back of the car from Fernando. I tried to restart but then I saw the suspension damage. Imagine if that incident had been the other way round, it would’ve been big news then!”