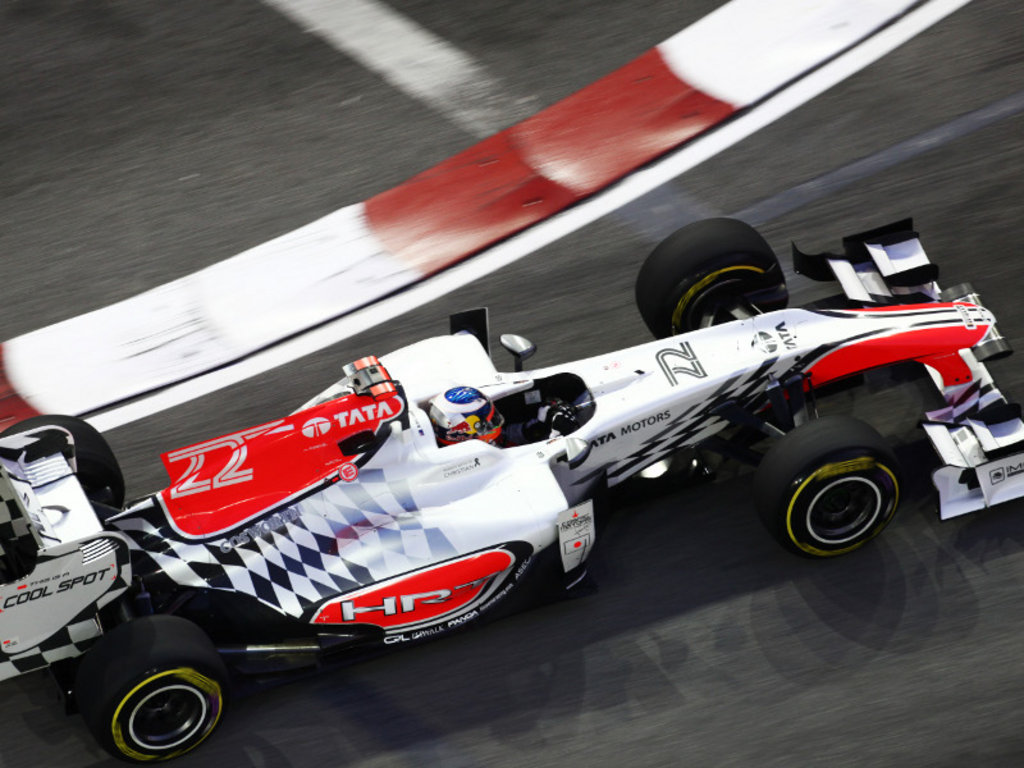 It was a dismal night in Singapore for Renault, who finished at the back of the pack with Lotus, Virgin and HRT…

It was a dismal night in Singapore for Renault, who finished at the back of the pack with Lotus, Virgin and HRT…

Renault:
Bruno Senna: “It was a tough race. My first lap was very good, but we then suffered from some very high tyre degradation. I was pushing hard to complete good lap times but we had to adjust the brake balance a lot to try and compensate for the rear tyre wear. When we put the soft tyres on they didn’t have quite the same bite as the super softs. Then, when I came into the hairpin which is the slowest corner of the track, my wheels locked up and I hit the wall. This made my race very, very complicated firstly because of the time lost there and secondly because of the extra pit stop. It could have been a much better race for us, but we did what we could and we will now start to think about Japan, where hopefully we can bring out more of the potential of the R31.”

Vitaly Petrov: “Today we had a race to forget. First of all I had some problems with KERS shortly after the start, which cost me a few tenths each lap and made it difficult to overtake. Then, the tyres started to behave poorly; when cars started overlapping me, I had to slow down a little and the tyre pressure went down. We have to pull together and look at why the car isn’t performing at circuits such as this. We haven’t performed at our usual level today, but the final five venues are all places where the R31 should perform better.”

Team Lotus:
Heikki Kovalainen: “I’m really pleased with the performance today and we should all be happy as it was a great race from the whole team. The pitstop strategy worked out well for us and the boys worked brilliantly to get me out quickly each time, helping me make sure I could stay ahead of Petrov at each stop. The car felt balanced throughout the whole race and the tyres worked well so I was able to pull away from Petrov and ended up finishing strongly in 16th. It’s also good that the upgrade we’ve brought here has helped us take a small step forward and I think we’ll see more from that in Suzuka where it will come more into its own. After a race like today I can’t wait to get back in the car, so we leave Singapore feeling pretty good about the last few races of the season.”

Jarno Trulli: “I had another really good start and was ahead of both Renaults and the Toro Rosso. They were pushing me but the car felt great and I was able to keep ahead of them pretty comfortably, coming out of the first stop still ahead and feeling good on the second set of tyres. Then Jaime hit my left rear and I had to come which was pretty disappointing – it’s just bad luck really, but that meant I had to try and fight back which I did my best to do until the gearbox problem meant I had to pull over. I’m pleased for the team that we were able to fight from the start and I think it’s a good sign that we could do so well in the race, but now we move on to Japan and I hope we can keep pushing on there.”

Virgin:
Jerome D’Ambrosio: “I’m quite happy with my race today. I had a good start and pushed hard on the first two laps and then tried to save the tyres as we were following a two-stop strategy – that was pretty good. The last stint was long and not easy to manage. I could push, but I had to have in mind that I had to look after the tyres until the end of the race. It has been quite a good race. I’m satisfied and we need to continue like this. It’s certainly the toughest race I have done, but I managed to go to the end without many problems, so it was good.”

Timo Glock: “It’s a disappointing end to the weekend for the team and for me. I had quite a good start but I lost my positioning with J