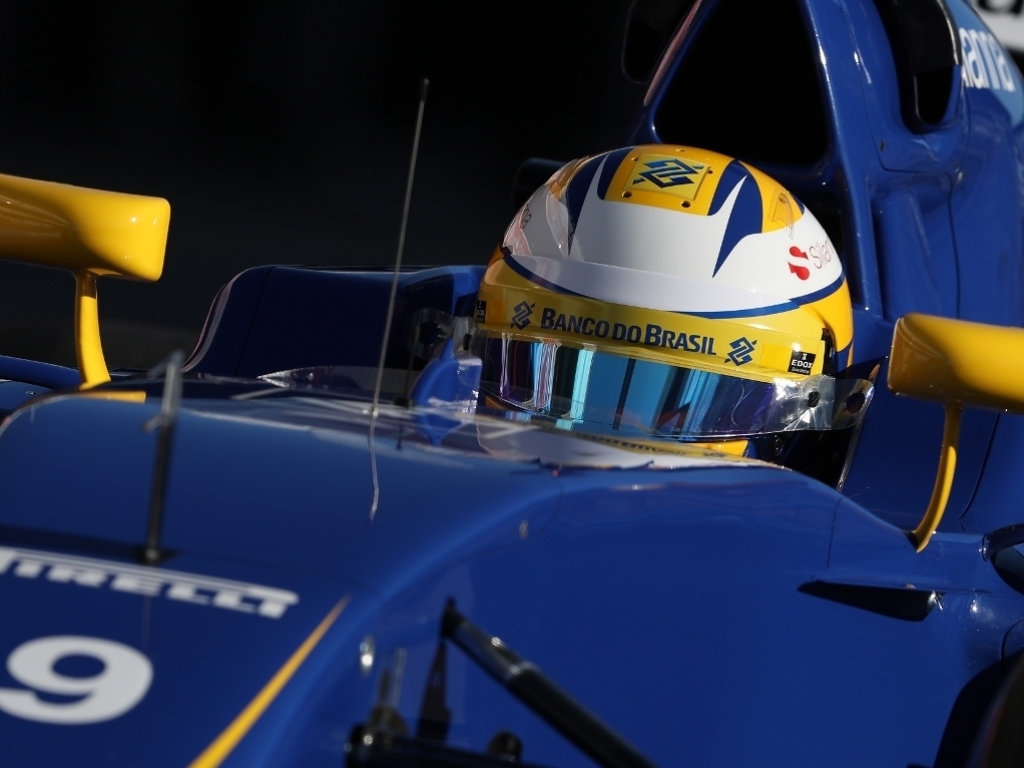 Sauber duo Felipe Nasr and Marcus Ericsson took each other out the race, while Renault driver Jolyon Palmer continued his torrid weekend with a third crash.

Renault:
Jolyon Palmer: “The traction was appalling after the safety car and I got caught out. I had wheelspin in fifth gear on the white line that crosses the track. There was nothing I could do – I was just a passenger and went straight away into the wall. It’s so difficult as we know that the white lines are slippery but they are everywhere. I’m disappointed as I love this track and it’s been good for me in the past. But I’m now looking forward to Canada and putting this weekend behind me. Monaco hasn’t been good to me this year so we need to move on to the next race and look for a better weekend.”

Kevin Magnussen: “We had a good start to the race and made a really good strategic call to change to the intermediate tyres just after the safety car. We were the only ones to do it so early and it was the right decision. We were in a good position as a lot of people were still to pit and we gained a lot of places. Unfortunately, Kvyat just lost his mind and crashed into me and that was effectively the end of my race. We did continue and made an early change to slicks as we had nothing to lose, but ultimately I hit the wall and damaged the front wing. We were several laps down at that point and the car had been in the wars so it was safer to retire. It’s a shame we didn’t have a good weekend as we were very optimistic for the race. Now we have to shift our focus to Canada and have a better weekend there. Montréal should be a stronger track for us and should play to the strengths of the updates for the car.”

Sauber:
Felipe Nasr: I think it was unnecessary the way it ended up,” Nasr told Motorsport.com. “For me, it had been a fantastic race starting from the pitlane, and it ended up like this. I heard them asking [for him to let Ericsson past] many times, but I didn’t feel it was the right time to do it. I didn’t see a reason, I was doing my own race, racing the cars ahead. After my pitstop, I got the leaders coming past so I got blue flags for three laps in a row. So when I started to recover, of course Marcus had warmer temperatures. But mine we coming up OK, and I was catching Grosjean by two seconds per lap. He had a Manor in front. Before the crash happened, I was less than a second behind Grosjean and we were clearly catching the cars in front. For me there was no reason why the two cars went out of the race. If there’s team orders or not, the two cars have to be on the track – we’re teammates in the end.”

Marcus Ericsson: “I was feeling very strong on the ultrasofts, catching [Nasr] three, four seconds a lap, I asked the team for the procedure and they told me he was gonna let me past, because the speed difference was so big. For seven or eight laps he didn’t let me through. I told the team ‘look, I’m losing too much time’ and said I was going to make a move and they said ‘yeah, go for it’. I was behind for so many laps, and I saw from earlier with Bottas [when he clipped the Williams] and from GP2 I knew you can pass there. I knew it was possible. Obviously the end result was not what I expected. I’m 100 percent sure we’ll solve this and move forward. It’s tough competition, we need to discuss it and clear the air. We’ve had some incidents before [between them in GP2] and done that.”

Manor:
Pascal Wehrlein: “Today was quite tough to be honest. Early on in the race, with the track staying quite wet, we decided to stay out on the extreme tyre and run longer. With other cars pitting earlier onto the Inters, we had track position and when we did stop we actually managed to jump some cars. So that strategy worked perfectly. We were able to keep the Haas behind until the chequered flag but with the penalties the race got away from us and we dropped behind. It’s disappointing, but going into the race 14th might have looked like a good result. It’s been a challenging weekend but also very exciting to be racing in Monaco for the first time and disappointments aside I have really enjoyed the experience.”

Rio Haryanto: “A difficult race today. Obviously the first part was quite tricky for everyone with the wet conditions but actually when the race got underway I was able to keep pace; the first two stints were okay for me. Then, towards the end, there was a lot of traffic and under the blue flags I was struggling to keep temperature in the tyres, so I was losing lap time. Although it’s been a tough day, it has also been a real privilege to race in my first Monaco Grand Prix. Now we look forward to Canada, which is a track that should suit us better.”

Haas:
Esteban Gutierrez: “It was a pretty difficult race. I’ve mixed feelings, as the first part was very good. We had a really great pace in the wet. However, when we changed to the ultrasoft, I was struggling to get the confidence from the car. It started to be a bit difficult and in Monte Carlo, when you don’t have the confidence, it pulls you back quite a lot. Overall, I think there are a lot of things we can learn as a team to try and find more consistency and understand the tires better, which was the main focus from today.”

Romain Grosjean: “Kimi (Raikkonen) pushed me into the barrier. I had to reverse and that was it. I lost my position and that was the end of my race. It was hard to keep going behind the Manor car. There was only one dry line and it was impossible to overtake. I did something like 60 laps behind the same car and tried everything I could. The good news is that the chassis worked well and we made a good setup. I was in front of Massa before the incident, so I think we could’ve scored points, which would’ve been amazing starting where we did.”