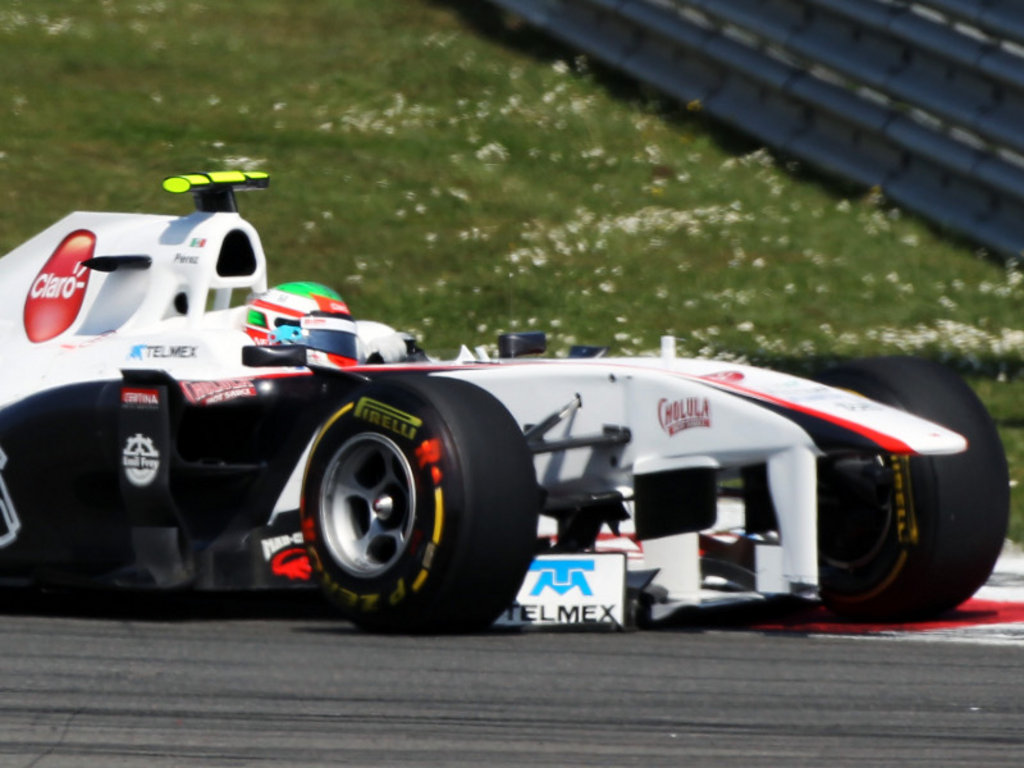 Both Renault drivers were in the points while Sebastien Buemi finished ninth and Kamui Kobayashi completed the top 10.

Renault:
Nick Heidfeld: “It’s always good to score points, but I think I could have finished even higher up today, even though I started in P9. I am not totally happy with the race -I was stuck in traffic for quite a while, overtaking was difficult and Vitaly made contact with me- but my pace was good, especially at the end of the race when the car was light on the soft tyres. I also think our strategy was the right one. Overall, to finish in P7 and take six points for the team is good, given that I did not qualify in a higher position.”

Vitaly Petrov: “It was an interesting race, and strategically it was challenging for all the teams. I think what really affected my position today was the collision with Michael early in the race. He hit my car and then I was stuck behind some slower drivers after the first pit stop. If this had not happened, my race would have been much stronger and I could have pulled away. However, I was pleased to overtake Sebastien (Buemi) at the end, which took me back into eighth. We must be positive, we have both cars in the points and it’s another ten points for the team.”

Toro Rosso:
Sebastien Buemi: “In general I am very happy with my race and I don’t think I could have done better. However, it’s true that in the final two laps I lost two places and if not for this we could have brought home a seventh place finish. But I could not even hold the steering wheel anymore because there was so much vibration coming through from the tyres: it was not due to tyre wear, so we will have to analyse carefully what happened as I had not felt this before. All the same, it was a great race and I pulled off plenty of overtaking moves and I fought hard. Scoring points after starting sixteenth is reason to be pleased. We decided to do only three pit stops, although it was clear that here it did not cost that much time to make a pit stop so that was an interesting situation. We are continuing to develop the car and have more parts coming which I hope can keep us fighting for points in the next few races.”

Jaime Alguersuari: “As usual, I did my best, pushing hard from the beginning. But I suffered a lot from degradation on the rear tyres, especially in the final stint. This meant I had a massive amount of oversteer, which is why I really had to come in for an additional fourth stop for fresh tyres towards the end. I don’t understand why my team-mate suffered much less than me in this respect, so we need to look at all the data to find out why. The next race is in Barcelona, which is obviously very important for me as it’s my home race. I have many good memories from there, including scoring points there last year.”

Sauber:
Kamui Kobayashi: “It was a lot of fun today, I really enjoyed this race. I found overtaking here a lot easier than last year in Hungary. Before the race I had promised Peter (Sauber) to score points today. It is just one point now because we lost so much time due to a puncture, which was the result of touching Sebastien Buemi when I overtook him. Otherwise I think I could have finished seventh and score more points. The car was great and also the team had a very good strategy for me, so I want to thank them for this. In the end I had to be a bit careful and save the tyres, because the last stint was quite long with 20 laps, but it worked out well.”

Sergio Perez:“We had a good pace today and I clearly had a chance to score my first points. It is a real shame what happened on the first lap. Pastor Maldonado was braking quite hard in front of me and I couldn’t avoid hitting him. I broke my front wing and had to pit. Apart from that I found it quite difficult to manage the tyres – both compounds actually – but the car was really good. I will now continue to work with the team to improve my qualifying performance.”

Force India:
Adrian Sutil: “My start to the race was not too bad: I kept my position and had some good battles with the cars around me. The three-stop strategy was the right choice today and the soft tyres felt like the better race tyre so I stayed on them as much as possible. In the final laps I was fighting hard with Perez and that was a lot of fun. Ultimately we didn’t have the pace to race with the cars ahead of us and I think we got as much from the race as we could. The team is working hard to introduce a new aero package at the next few races, which will hopefully bring us a bit closer to the front.”

Paul di Resta: ” It was a tough start to the race, although I managed to hold my position on the first lap. However, as the race unfolded the pace didn’t seem quite there and that’s why we decided to change our strategy and make a fourth stop. When I was leaving the pits after my final stop, the team came on the radio and instructed me to stop. There was obviously a problem so I pulled up as soon as I could. It was unfortunate because the final part of the race would have been interesting on the fresh tyres.”