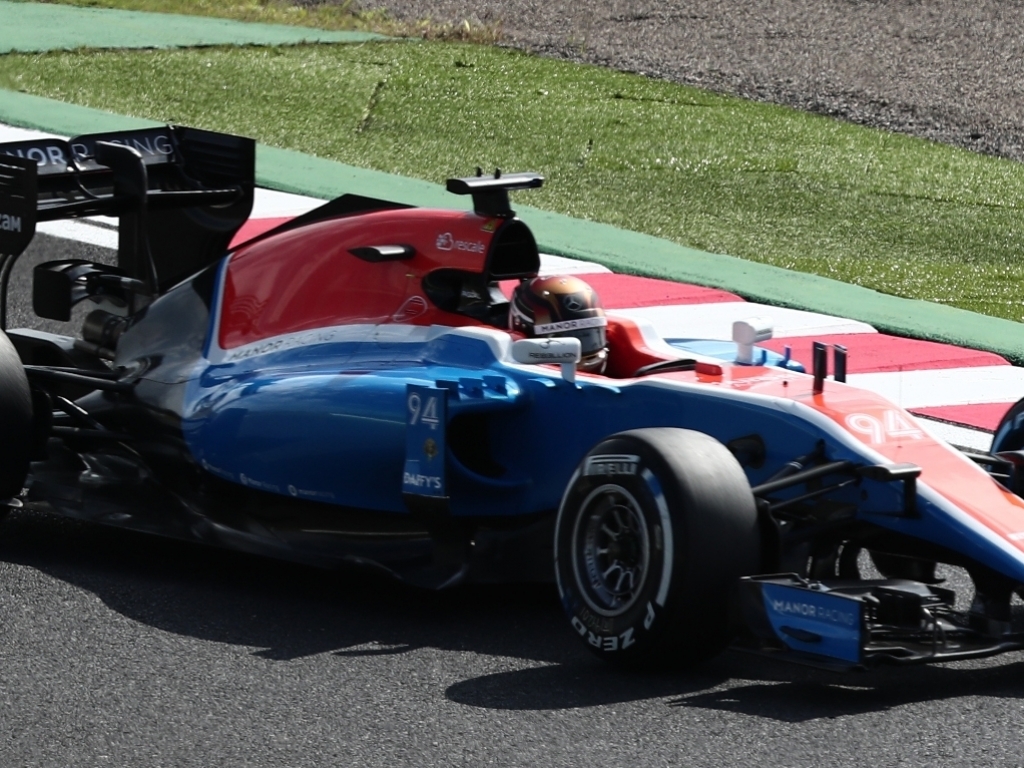 As the only retirement of the day, Pascal Wehrlein suffered a collision on the opening lap which result in his race being ended early.

Renault:
Jolyon Palmer: “I think fourteenth is as good as we could have got from starting at the back, so I’m happy! I had some really good fights with the McLaren guys, which was good fun, and 70 laps on one set of tyres is probably some sort of record… It was a bit of a challenge but in the end we were still going okay; we were quick enough to keep our competitors behind. All in all, I’m pretty happy with today.”

Kevin Magnussen: “Last weekend a late stint on the super soft tyres worked really well for us but today it wasn’t the same story. We just didn’t seem to have the outright pace we needed on any of the tyres we used. It was a frustrating race for me. My first set of soft tyres dropped away as we expected but then we didn’t seem to be able to maintain the pace on the medium tyres so we changed strategy to the super softs, but by then we were too far behind. I’m hoping that we can have a much better race in Brazil.”

Toro Rosso:
Carlos Sainz: “It just wasn’t our day today… What a tough afternoon! During the laps to the grid I already felt that there was something wrong with the gearbox while downshifting, as well as with the brakes that kept overheating from the first lap onwards – we didn’t have the pace today and these issues didn’t help. If to all this you also add a 5-second penalty for impeding Fernando during Lap 1… It just became a very difficult race from the very start and it meant we were never going to finish in the points unfortunately. It’s a shame, because we had a very good day yesterday, but this is racing and finishes like last Sunday in Austin don’t happen every day!”

Daniil Kvyat: “I’m quite happy with my race today, even if we finished P18 – I enjoyed a few very nice battles, did a couple of overtakes and had some fun. If I say the truth, I’d say that our pace today was just too slow to fight for higher positions, unfortunately. Regarding the 5-second penalty I was given, I have to say that there’s just no consistency with these penalties… I disagree with mine, even though I will review the race and maybe then I change my opinion. We now have two more races left and we will try and do our best, you never know what can happen.”

Haas:
Esteban Gutierrez: “It was an incredible experience. We were pushing all the way, pushing all the limits we could with the car we had. I had to take care of the brakes as we were struggling with the cooling of them, so I had to brake a lot earlier than I would have liked to. This wasn’t ideal when trying to fight your way up the grid, but it’s the only thing we could do to finish the race. I wish we could have been able to deliver something better this weekend but, unfortunately, we were not able to this time. However, it was an amazing weekend – racing in my home country in front of all the Mexican people – and I really want to thank them because they’ve really made it a race to remember.”

Romain Grosjean: “We tried to change a few parts to analyze what was going wrong, but we really haven’t found the problem yet. The car was just nowhere today. It was very difficult to handle and to drive. We didn’t get anything right. We’re experiencing inconsistency with lots of oversteer and understeer. I never knew what I was going to get out there. The car was pulling on the left under braking. It felt weird. It was just a very difficult day.”

Manor:
Esteban Ocon: “Mexico won’t go down as one of my favourite races of the season so far, which is a shame, because it’s a great track and an amazing Formula 1 venue. Actually today was not as bad as the rest of the weekend by comparison, but we never really did overcome the problems we have experienced with the way my car was handling. In the end, I was just glad we made it to the finish. I hope the problems of the weekend were specific to this event. With a bit more investigation I’m sure we can understand them a little better and things will be back to normal for Brazil. This was a tense race for the team. There was nothing more I could have done today, especially as 20 other cars finished the race, so we need to make sure that in the next two races we’re in a more stable position and better placed to create or respond to opportunities.”

Pascal Wehrlein: “I couldn’t believe it. It was heart-breaking, yes. We had a chance at a really strong race today and for that opportunity to be ripped away before we’d even begun was difficult to take. I got a great start, gained two places and I was up to 14th – then it was over. I was in front and when I turned in, Gutierrez hit me from behind. That’s it. The impact launched me into the air and that pushed me into Marcus Ericsson. My suspension was broken and my race was over. I was on the outside, leaving a lot of space and that is a left and right chicane. I don’t understand why you would risk so much there when it’s such a long race. It’s not the end to the weekend we deserved, but there are only good things to say about practice, qualifying and the way the team has performed here. We need to keep working at this level because from where I ended up watching the race, it made for very uncomfortable viewing. We have to do everything possible to secure our championship position and ensure that our result in Austria counts.”