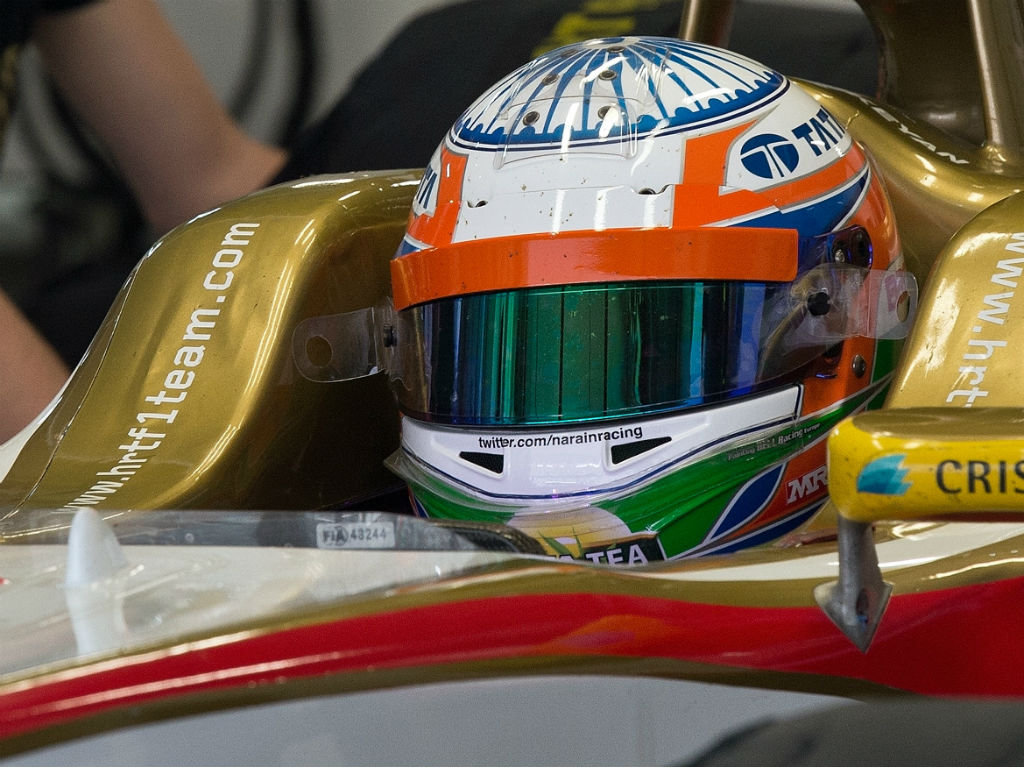 A dismal Sunday in India resulted in Sauber joining Caterham, Marussia and HRT at the bottom of the timesheets…

A dismal Sunday in India resulted in Sauber joining Caterham, Marussia and HRT at the bottom of the timesheets…

Sauber:
Kamui Kobayashi: “I have to say it wasn’t our weekend here. In the race I was never alone, I always had someone in front of me but not enough straight line pace to overtake. This was frustrating. I was stuck behind Daniel Ricciardo and there was nothing I could do. The issue with Pastor Maldonado was a bit strange. He had overtaken me but then he suddenly came on my racing line again. I could not avoid having contact. I think we should make sure we have a smooth weekend in Abu Dhabi and forget about this one here.”

Sergio Perez: Today was a total disappointment. First of all I had to pit after 14 laps because the front left tyre was blistering badly. We don’t know yet why this happened. I wanted to recover the lost positions but touched Daniel Ricciardo’s front wing when I overtook him. The rear right tyre came off the rim and damaged something at the rear of the car. So my race was over after 20 laps.”

Caterham:
Vitaly Petrov: “I had a pretty good start and was pretty quickly up with Heikki and holding pace with him and the cars ahead until the first stops. The pace and degradation levels were both really good on the first set of tyres so we opted to go longer and changed strategy from two to one stops. I came out just behind my teammate and then passed him when he had a KERS problem – after that I was up to 15th but with a few laps to go a couple of quicker cars behind passed me and I finished up 17th. Despite that it was a good race. The car felt great all afternoon and everyone’s worked really hard all weekend. We have some new parts coming next week in Abu Dhabi so let’s see what happens there.”

Heikki Kovalainen: “My start was good. I was up to 17th after the first lap and keeping pace with Kobayashi and the pack ahead as we pulled away from the cars behind. We had planned to do two stops but with the way the car was performing we went long on the first stint and switched to a one stop, boxing just after halfway. I had a good stop but about two thirds of the way through the race I had a KERS problem which meant I had to let Vitaly pass. From there it was really just a matter of getting my car to the end of the race. Losing KERS obviously didn’t help but it was still pretty easy to pull away from the cars behind and without that problem I’m sure I’d have finished higher. Now we look ahead to next week’s race where we’ll have a few updates on the car and maybe those will help us close the gap to the cars ahead enough to help us fight for longer on race day.”

Marussia:
Charles Pic: “It was a great race for me, especially after a disappointing qualifying yesterday. We didn’t get the chance to show our pace then, but we did today and I am very happy for that. I got a very good start and made up five places at Turn 1 and for the first lap, getting ahead of Petrov. They have the advantage of KERS though, so it wasn’t long before he was able to pass, but for the rest of the race we stayed with the Caterhams and as the race played out I was catching up to Kovalainen. In the last few laps we were constantly having to back off for the blue flags, which lost us time and meant that we were unable to show that we could catch Heikki, but for sure the pace is there. A great stop by the crew today and very good work by the engineers and mechanics all weekend, especially to help us reverse our fortunes after qualifying. I am very happy and looking forward to continuing this in Abu Dhabi next weekend, where I will be back at a circuit I know well and where it all went so well for me in the Young Driver Test last year. I am hoping for another positive outcome there.”

Timo Glock: “It was a very strange race for me today. I was in the wrong place at Turn 1 and lost a couple of positions to HRT. Then I was stuck behind Petrov for quite a lot of laps and by that time the other guys were all gone. Generally though I struggled with the pace today; on Friday the car felt much better on the long runs. I also suffered quite a lot of vibration on my front right tyre, especially in S2, and from 25 laps in I had too many blue flags to contend with. The same at the end. Because of this you just lose more and more time and it is impossible to recover. I’m looking forward to Abu Dhabi though and what I hope will be a better race for us.”

HRT:
Narain Karthikeyan: “I got off to a good start but had an incident on the first corner and lost a chunk of my front wing. The damage wasn’t too severe but we had problems with the balance of the car from then on. But the greatest problem was the overheating of the brakes. They warned me on the radio that I had to look after them because we had to make it to the end. And we did that. Today we got the most out of what we had and I’m happy to have finished my home race.”

Pedro de la Rosa: “It’s a shame that I had to retire because the car was running well on the hard tyres but, with no warning, the brakes failed. This circuit is very demanding with three consecutive hard braking corners and with the high temperatures this can happen but the important thing is that I’m fine and the car isn’t too damaged for Abu Dhabi. We have to understand why this failure occurred and fix it because Abu Dhabi is another challenging circuit for the brakes.”